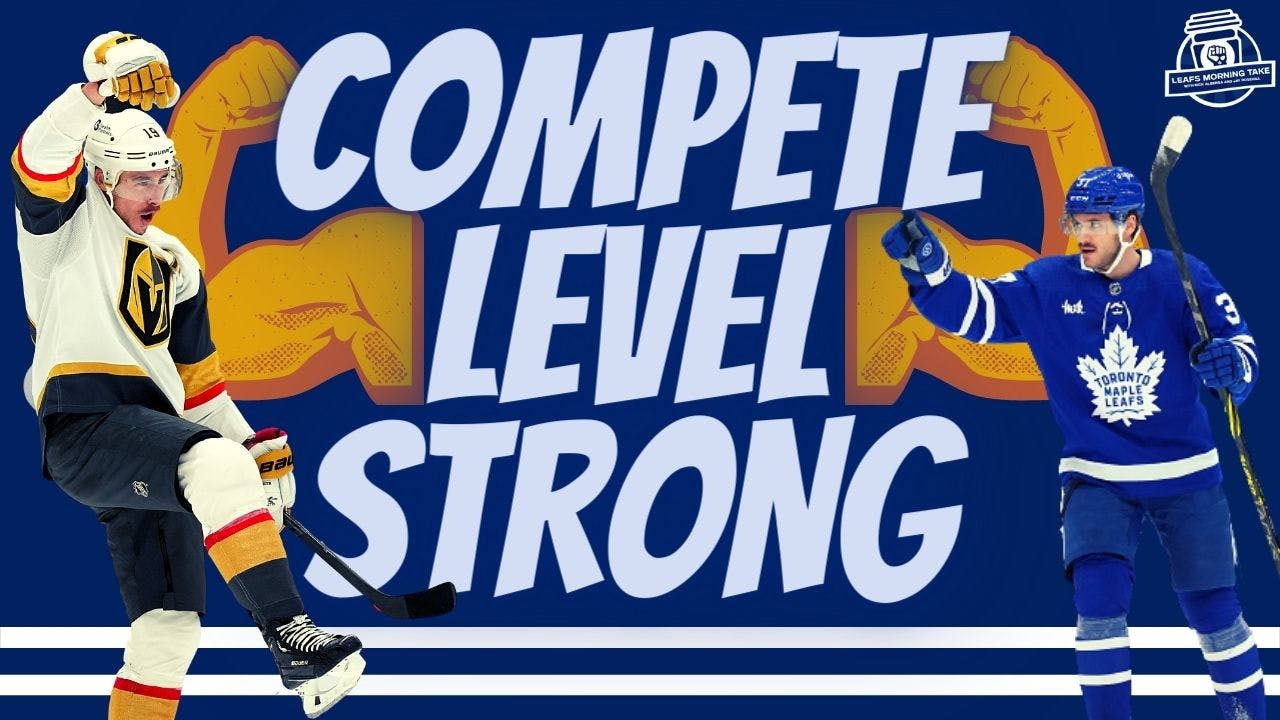 By Nick Alberga
2 months ago
They got a point.
And with that, through four games in November, the Leafs have yet to lose in regulation (3-0-1).
All-in-all, it was an optimistic feeling on the Wednesday edition of Leafs Morning Take, which as you by now, is a rarity for yours truly following a loss. I don’t know, maybe Rosie’s just starting to rub off on me, or something.
Obviously, we spent a big portion of the show dissecting Tuesday night’s 4-3 OT loss to the Vegas Golden Knights. By the way, they’re an absolute wagon, eh? That’s eight in a row for Bruce Cassidy’s squad. From a Leafs perspective, undeniably, there were lots of positives to pull from not just the game but the last week in general. I still can’t believe how quickly things can change in the NHL world. Just 10 days ago, it felt like a coaching change could be imminent, now, Sheldon Keefe has this team playing solid again.
Meantime, one of the biggest differences with this team lately is the compete level. If you look back at the tape from October, it’s night and day. And for me, that’s confusing and irritating as hell.
As for the PointsBet Canada bet of the day, I’m feeling good after hitting on the Leafs/Golden Knights over last night. Let’s keep it going!
Vancouver Canucks defender and former Leaf Luke Schenn will join us on Thursday’s show, so don’t you dare miss us (11 AM ET).
Don’t forget to subscribe, like, and leave us a review wherever you’re checking us out!
Shows
Recent articles from Nick Alberga