Recapping the OTL to New Jersey, plus looking ahead to Leafs/Sabres: Leafs Morning Take 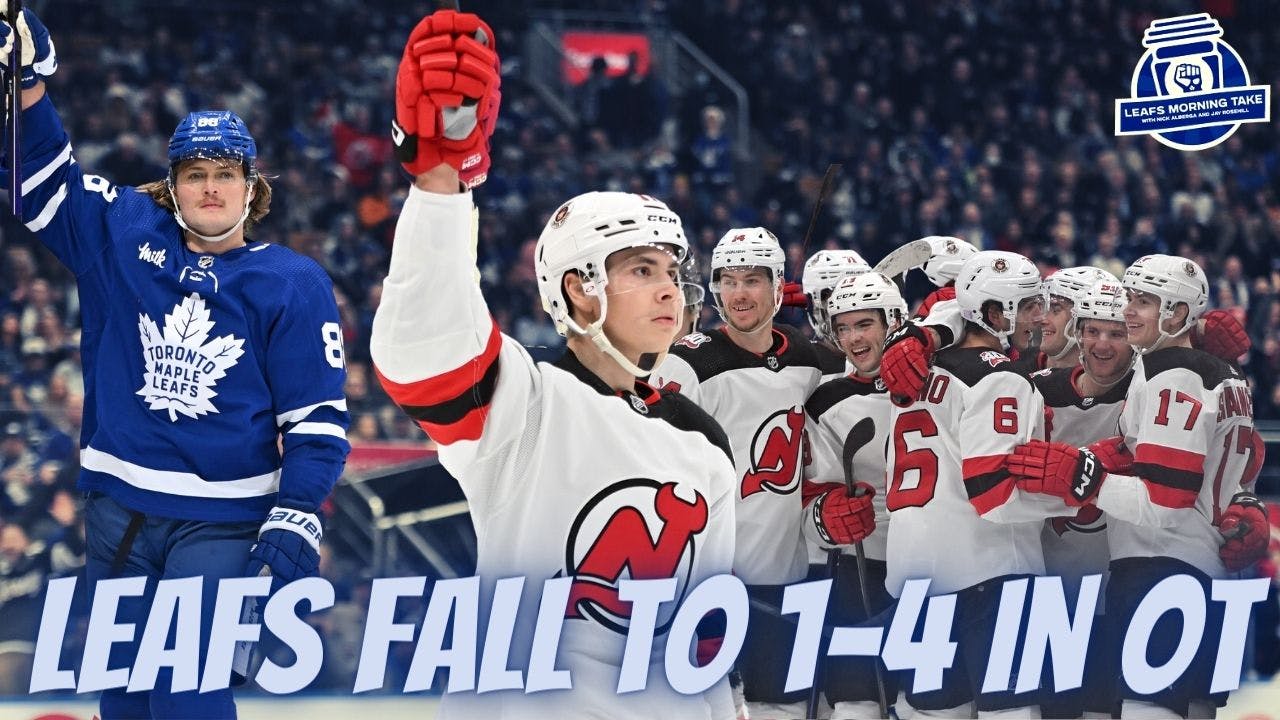 By Nick Alberga
14 days ago
As expected, I’d say the Leafs/Devils game lived up to expectation. And lucky for us, we’ll get to see it all again next Wednesday in Newark.
At any rate, the Friday edition of Leafs Morning Take tackled Thursday night’s game; Yegor Sharangovich potted the OT winner, New Jersey upended Toronto 3-2 for win No. 11 in a row. Are they on a heater, or what? Jack Hughes wasn’t kidding.
So, the Leafs picked up a point. They’re 5-1-2 in November and 9-5-4 overall. Can someone tell me why this team stinks in OT? After the loss to the Devils, they’re now 1-4 this season in extra time. Honestly, it’s been a theme for years now, and considering the personnel on this roster, it doesn’t make much sense.
After that, we talked about puck/game management. For the most part, when they’ve lost this season, the Leafs have burned themselves. It happened on multiple occasions again on Thursday night capped off by a heinous giveaway by John Tavares which led to the OT winner. Once we got all of that out of our system, we previewed Leafs/Sabres on Saturday night at Scotiabank Arena. I know Buffalo has lost seven in a row, but that team always gets up for Toronto. Watch out.
Lastly, I’m looking at the shot prop market again tonight for my PointsBet Canada bet of the day.
Have a great weekend, we’ll be back with you on Monday at 11 AM ET!
Don’t forget to subscribe, like, and leave us a review wherever you’re checking us out!
Shows
Recent articles from Nick Alberga