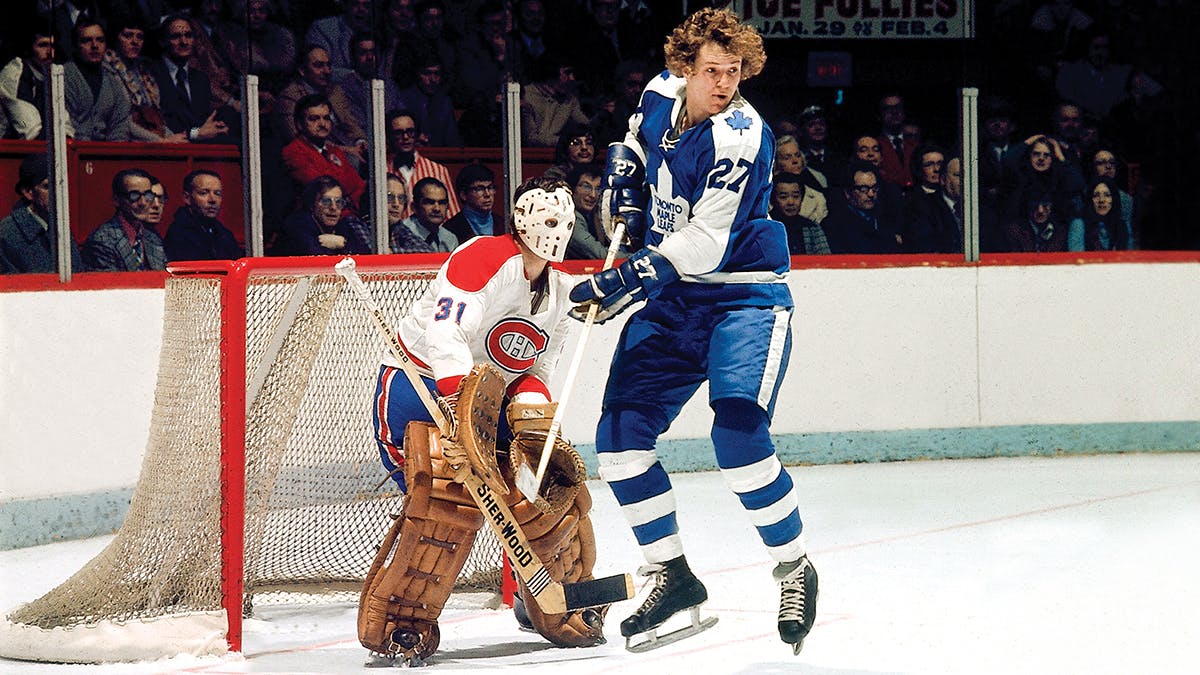 By Jon Steitzer
1 year ago
As a kid born in Winnipeg I would have been perfectly happy to be treated to a first round between the Jets and Leafs. I would have had the opportunity to trash talk my relatives, I could gingerly walk the line between 80s Jets nostalgia, and my love of the Leafs. It could have been fun. That said, the matchup we are receiving is a whole lot better.
In my lifetime (I’m not young, and by internet standards I’m a damned dinosaur) there has never been a Leafs vs. Habs playoff series. Of course we should have had one in 1993, but Kerry Fraser is incapable of seeing a blatant high stick directly in front of him, and the world had to suffer through a Kings vs. Canadiens Stanley Cup Final instead of the Leafs-Habs series the world demanded (or probably just Canada, I’ll assume the rest of the hockey world was perfectly content to get more Gretzky). Anyway, that’s the closest we’ve come in 42 years. Despite the Leafs being in the same division as Montreal, the stars just haven’t aligned and either the two teams were incapable of being good at the same time or Boston would happen, but really it was a decade of really bad Leafs teams followed by some really bad Habs teams in recent years. It just hasn’t happened despite the possibility still being there.
Thankfully this year is different, and in a year where we are guaranteed to have a Canadian team in the conference finals, we start off the playoffs with two series very near and dear to my heart.
The Jets vs. Oilers matchup I’ll just give lip service to, because this is a Leafs blog and you don’t care, but for me a child of the 80s growing up in Winnipeg idolizing Dale Hawerchuk, the Oilers were the barrier that kept the Jets from doing anything in the playoffs. Later on I’d realize there were a lot of other factors that kept the Jets from going further in the playoffs, but for eight year old me, it was Gretzky and Gretzky alone that was at fault for Dale Hawerchuk never winning a Stanley Cup.
Back to current me, and well early 90s kid me. The Leafs playing in West (or Campbell Conference) the only way of facing Montreal was in the Stanley Cup playoffs. There were still good rivalries with Chicago and Detroit, and those were a heck of a lot of fun, but the Montreal rivalry was something special that belonged more to my Dad and his tales of epic Saturday night clashes between the two teams, and the feeling he’d get as a Leafs fan knowing the (always in his mind) underdog Leafs had made it past the mighty Canadiens. It was special, and that’s why 1993 had the potential to be special, and that’s why today and this year feels special, even if it’s not the Stanley Cup.
The last Leafs/Habs playoff series was actually a pretty underwhelming affair, and if you’re a Leafs fan one that you’d probably want to forget, and if you a Montreal fan, it was a footnote on your way to another Stanley Cup.
The Leafs had just swept the Atlanta Flames in a best of 3 series to move on to the face Montreal. As the 1976-1979 Canadiens were another in a series of dynasties for the club, the results were predictable and the Leafs were swept in four games and the very dark decade of 80s Leafs hockey began.
1978 wasn’t much better for the Leafs. At least they made it to the semifinals (equivalent to Conference Finals) before they had to suffer the indignity of being swept by Montreal.
If you want to find the last time there was a positive outcome for the Leafs in a playoff series against Montreal you have to go all the way back to, you guessed it, 1967. The Leafs won the Stanley Cup in six games against the Canadiens, and it’s been a downhill ride ever since.
Of course this year feels a little different. The Leafs are now the heavy favourite. There are no dynasty qualities about the Canadiens, in fact they seemed to be actively trying to give their playoff spot to the Calgary Flames over the past month, but the Flames were unwilling to accept it. It seems that at the very least this year we will see the Leafs win their first playoff game and first playoff series against Montreal in 54 years. Of course, there is also 54 years of Leafs history that is telling us to prepare to be disappointed.
I’d love to say that no matter what, it’s just nice to have these two teams meet in the playoffs again and it’s good for hockey, and I just want exciting games. That would be a lie. I want the total destruction of the Canadiens to the point of their fans crying in the street. Then the Leafs can move on to Winnipeg and I can enjoy my own personal nostalgia in the second round.
If you have an hour and half to kill here is the definitive VHS look at the Leafs and Habs rivalry. Enjoy!
Uncategorized
Recent articles from Jon Steitzer