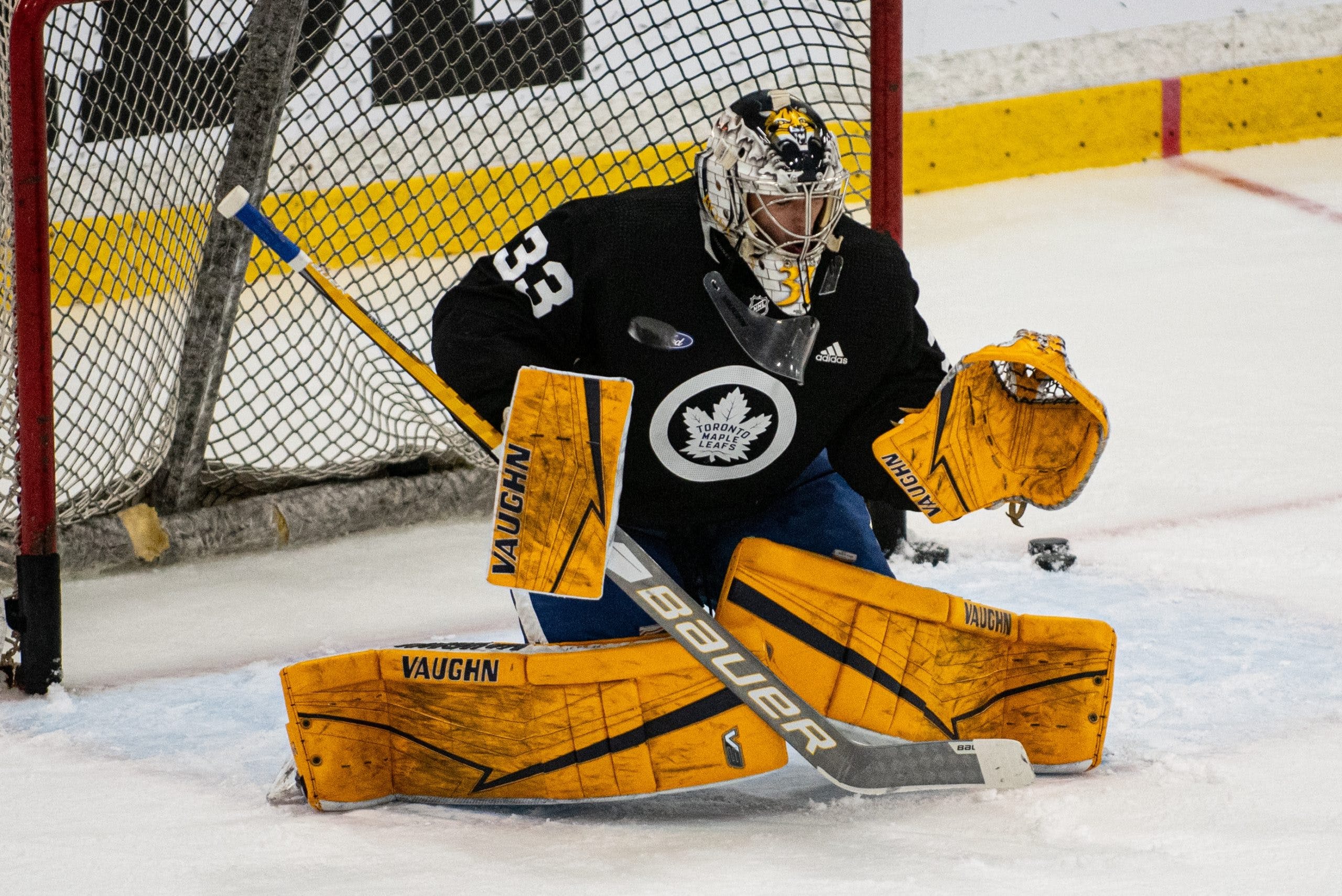 By Jon Steitzer
27 days ago
With the Leafs having a contract to spare and unquestionably needing a goaltender by tomorrow it seemed that the signing of Keith Petruzzelli was the obvious quick fix solution. Now Elliotte Friedman believes that is in fact what has happened…
Through his six games this year, Petruzzelli is undefeated, as Elliotte mentioned, and he has had a .922 save percentage, which is also something that can only be viewed as positive.
The catch is that Petruzzelli only played 5 AHL games last season, and was primarily an ECHL goaltender when he wasn’t injured last season. It was premature to be excited about him as an AHL goaltending option, and thrusting him into an NHL role is obviously rushing any development plan the Leafs would have had for him.
Petruzzelli is 6’6 and I’m told you can’t teach height. And at 23 years old there is plenty of time for him to develop. Being 23 years old his entry level contract will also be a two year deal.
Petruzzelli was a former third round pick of the Red Wings that they didn’t sign once he finished his college career, so that’s not bad pedigree for a goaltender as third round or higher picks generally mean they were viewed to have some promise, so if you are prone to optimism, go nuts on Keith.
Kallgren will likely take the next three starts if required for the Leafs, but next game would represent the second half of a back-to-back. If Samsonov, Murray, Woll, or the ghost of Michael Hutchinson aren’t available by Saturday, that could be Petruzzelli’s NHL debut.
The Leafs are also back up to their 50 contract max following this signing and the earlier waiver claim of Aube-Kubel meaning having some flexibility when it comes to personnel lasted all of 10 hours.
We will update this post with contract details once they become available
News
Recent articles from Jon Steitzer