Round three recap: Who scored the goal of the year for Toronto? 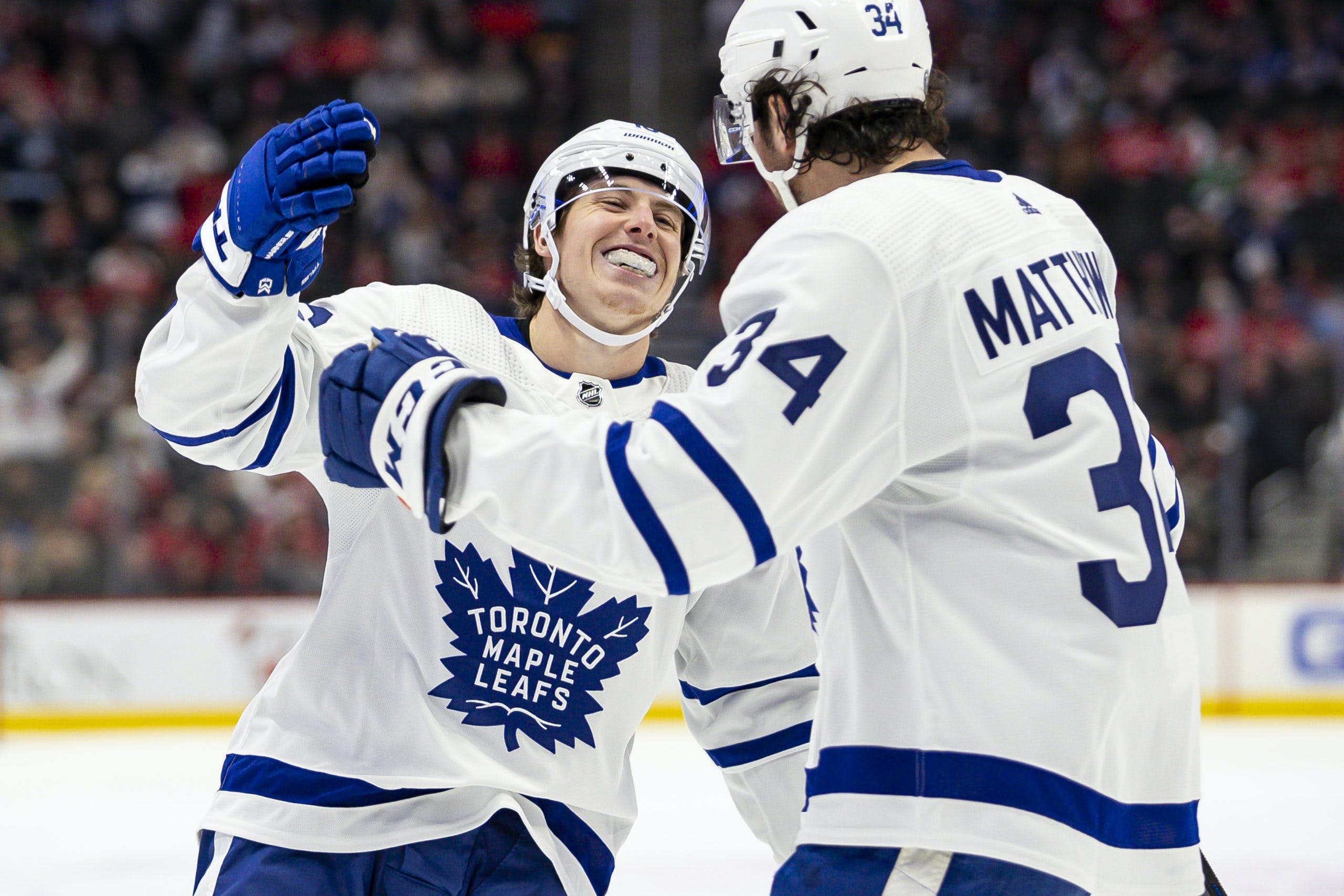 By Joseph Zita
5 months ago
About two and a half weeks ago, I went through all 315 goals scored by the Toronto Maple Leafs this season and picked out the best ones. From there, I narrowed it down even further to the 16 best in my opinion that could possibly contend for “The Leafs Goal of the Year”. However, I wanted to include the followers in on this so I decided to make a bracket for this and post two goals daily and give you the chance to vote on a goal that you would like to see in the next round.
We started with eight matchups in round one and as the days went on, goals were being eliminated and we eventually got to round two, and round three. Now, we’re down to only two goals from the original 16 that were in the bracket, and today, you will yet again get the chance to vote on the goal you think deserves to move on, and in this case, be the goal of the year for Toronto.
Over on our Twitter (@TLNdc), we will be putting out a poll around 12:00 pm ET and you will click one of the two goals that you like best. With all of that out of the way now, let’s take a look at what happened in round three, who advanced to the finals, who got eliminated, and what the total votes were in the last round.
Matchup one:
Winner: Mitch Marner vs VGK (Nov. 2, 2021) – 71% of votes
Loser: Morgan Rielly vs PIT (Feb. 17, 2022) – 29% of votes
Matchup two:
Winner: Auston Matthews vs DAL (Apr. 7, 2022) – 72% of votes
Loser: Auston Matthews vs SEA (Mar. 8, 2022) – 28% of votes

Who advanced: Mitch Marner vs VGK, and Auston Matthews vs DAL

Who got eliminated: Morgan Rielly vs PIT, and Auston Matthews vs SEA

Below is the updated bracket with the final matchup that will be taking place starting today.

More from TheLeafsNation.com
POINTSBET IS LIVE IN ONTARIO!