Samsonov gets REVENGE as the Leafs win their home opener: Muzzy’s Muzings 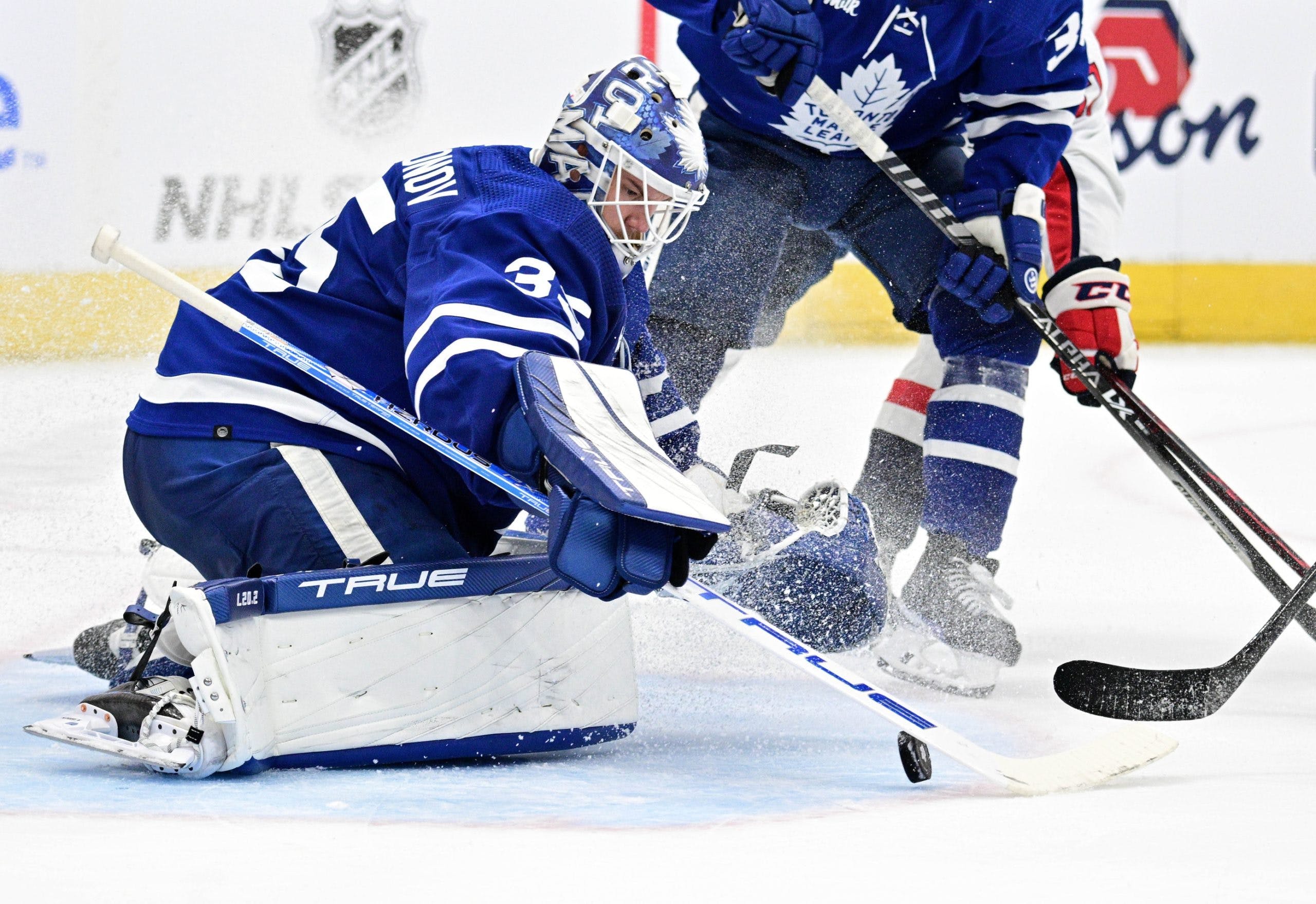 By Nick Alberga
1 month ago
Former Capital Ilya Samsonov made 24 saves and Auston Matthews notched the game winner as the Leafs won their home opener, 3-2, against the Washington Capitals.
6:55 into the third period, Matthews tipped in a Mark Giordano point shot to give Toronto the lead, one it wouldn’t relinquish. John Tavares’ first of the season on the power play 6:40 into the first period kicked off the scoring. The Capitals then responded with two stinkers to grab a 2-1 lead after one. In the second, Calle Jarnkrok potted his first with the Maple Leafs following a fantastic backdoor feed from Alex Kerfoot. Charlie Lindgren was exceptional for the road side in the loss, the former Hab made 36 saves.
Dating back to last season, the Leafs have now won four straight games against the Capitals. Toronto improved to 1-1-0 on the early season, Washington fell to 0-2-0.
Muzzy’s Muzings:
Can you smell what Auston Matthews is cooking?
First thing’s first, how cool was it to see The Rock at the game? The 90’s wrestling fan in me went nuts, even though he got the chant wrong.
At any rate, following a quiet opener, Auston Matthews was much more noticeable on Thursday night, especially in the third period. After delivering a big bodycheck late in the third, the fans belted out the first “M-V-P” chant of the season. By the way, hope you tailed on the Auston Matthews Anytime Goal play. This guy’s ridiculous.
Samsonov Revenge Victory
Full credit to the 25-year-old for weathering the storm following a shaky first period where it felt like he was one goal against away from his night ending prematurely. Samsonov settled in and was solid down the stretch in solidifying his first win as a Leaf. I wonder how much money on the board he had.
Depth Scoring Matters
Good to see Calle Jarnkrok tally his first in the blue and white. Moving forward, depth scoring will be vital for this Leafs team. From time to time, you need your bottom six to chip in, so this was a welcome sight.
Go Rodion Go!
I thought it was a fantastic touch for the Leafs to have Rodion Amirov around the team and in attendance. The kid’s been through a lot the past few months, what an absolute battler! Keeping him in my thoughts and prayers moving forward.
Highlight of the night:
When they’re snapping it around like they can, that Leafs power play is something else. Stand witness.
What’s next?:
Toronto is back in action on Saturday night when they host the first instalment of the Battle of Ontario this season against the new look Ottawa Senators. Matt Murray, who made 19 saves in the season opening 4-3 loss on Wednesday night in Montreal, is expected to get the call against his former mates. Ottawa fell 4-1 to Buffalo in its season opener on Thursday night. The Leafs went 3-1-0 against the Senators in 2021-22.
PSA: Don’t forget to check out ‘Leafs Morning Take’ with yours truly and Jay Rosehill every Monday to Friday morning at 11 a.m. EDT on The Nation Network YouTube page.
Editorials
News
Recent articles from Nick Alberga