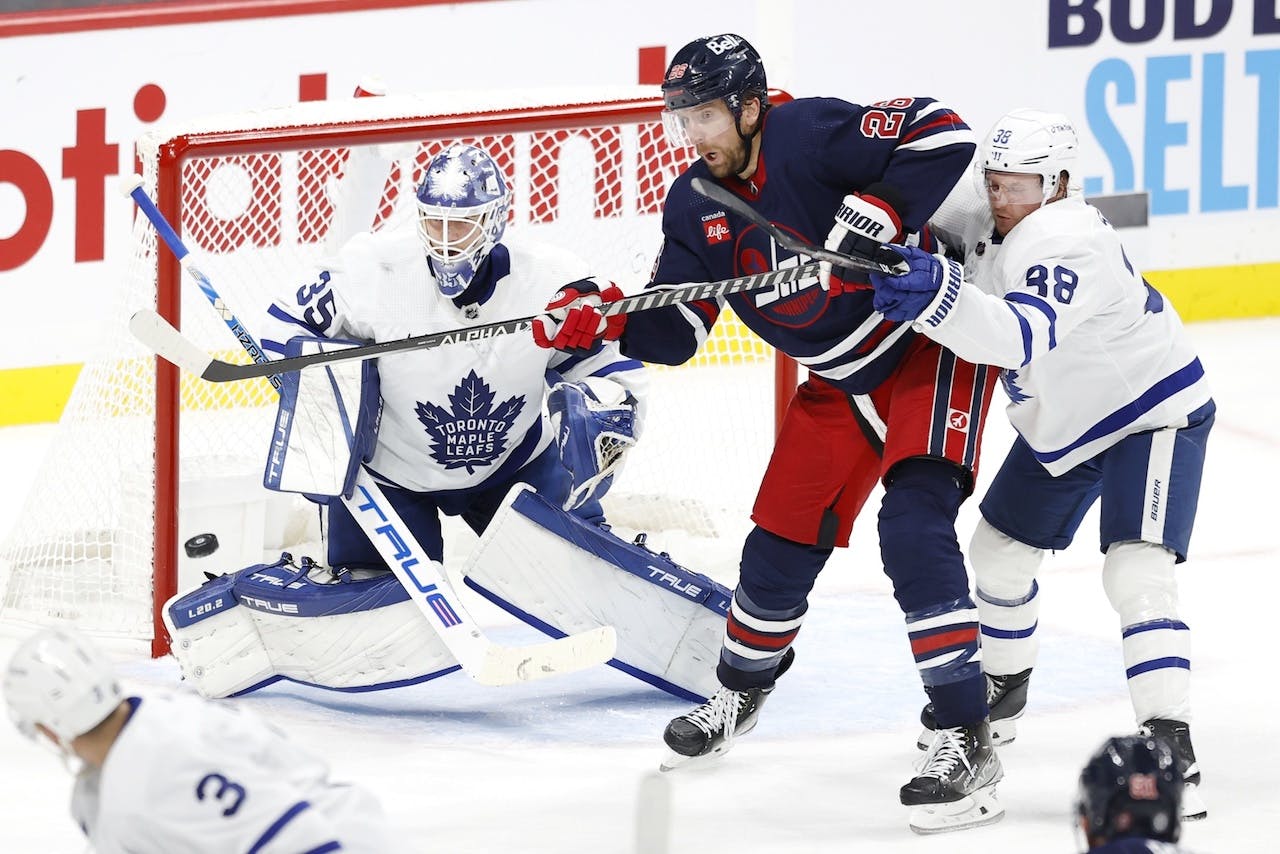 By Nick Alberga
13 days ago
Following his stellar relief effort in Tuesday night’s 5-4 OT victory against the Florida Panthers, Ilya Samsonov will get the call tonight as the Leafs (27-11-7) host the Winnipeg Jets (29-15-1).
Down 4-1 early in the second period after Matt Murray allowed four goals on eight shots, the 25-year-old Russian netminder was thrusted into action by Sheldon Keefe. And full credit to him, he shut the door stopping all 11 of the shots he faced to improve to 11-0-1 on home ice this season.
Meantime, Samsonov was also the goalie of record back on October 22nd in Winnipeg when the Leafs smothered the Jets 4-1 in the opener of their two game season series. He made 30 saves while John Tavares scored twice.
Suffice it is to say, Winnipeg will likely be in a foul mood tonight after a complete no-show on Tuesday night in Montreal when they fell 4-1 to the cellar dwelling Canadiens. This is the second of a five-game road trip for the Jets, who are currently placed second in the Western Conference.
TIME: 7 PM ET (TSN)
STARTING GOALIES:
WPG Connor Hellebuyck – CONFIRMED (22-11-1, 2.41, 0.924, 3 SO)
@
TOR Ilya Samsonov – CONFIRMED (13-4-1, 2.24, 0.916, 2 SO)
PROJECTED LINEUPS:

THREE STORYLINES:
START ON TIME
Firstly, as mentioned, I fully expect the Jets to come out firing after laying an egg in Montreal the other night. They’ve had a fantastic season, and a big reason why has been their ability to bounce right back after a disappointing outing. With that being said, the starts for Toronto have been a mixed bag since returning from the holiday break. Furthermore, their first period against the Panthers was a hot steaming bag of you know what. That said, it always seems like these two teams get up for each other, regardless of their situations at the time.
GOALTENDING
Ilya Samsonov against Connor Hellebuyck. In theory, this should be a goalie duel, but you just never know when they these two teams get together. At the very least, I would expect Hellebuyck, who’s widely considered a Vezina contender right now, to have his A-game tonight after a less than spectacular outing in Montreal. I mean, the team in front of him stunk, so it’s unfair to place the blame solely on him. As for Samsonov, I think he’s been consistently inconsistent lately —one night he’s good, the other he’s getting blown up. Against a team like Winnipeg, especially when their No. 1 is going, you need some timely saves. Samsonov did it that against Florida, we’ll see if he can do it again tonight against a hungry Jets squad.
PP vs. PK
I always appreciate the game within the game. Coming into tonight’s meeting, Toronto boasts the eighth ranked power play in the NHL, Winnipeg owns the second-best penalty kill. On top of that, the Leafs PP is coming off plenty of practice on Tuesday night when they went 2-for-7 in that penalty filled affair. Furthermore, I would wager to guess that the winner of this game will win the special teams battle, too. Any way you slice it, Rick Bowness has done a tremendous job in Winnipeg this season.
BETTING:
Courtesy our friends at PointsBet Canada, here’s tonight’s lines & odds:
(As of Noon EDT)
Prop Play:
Auston Matthews Anytime Goal (-120)
Editorials
News
Recent articles from Nick Alberga