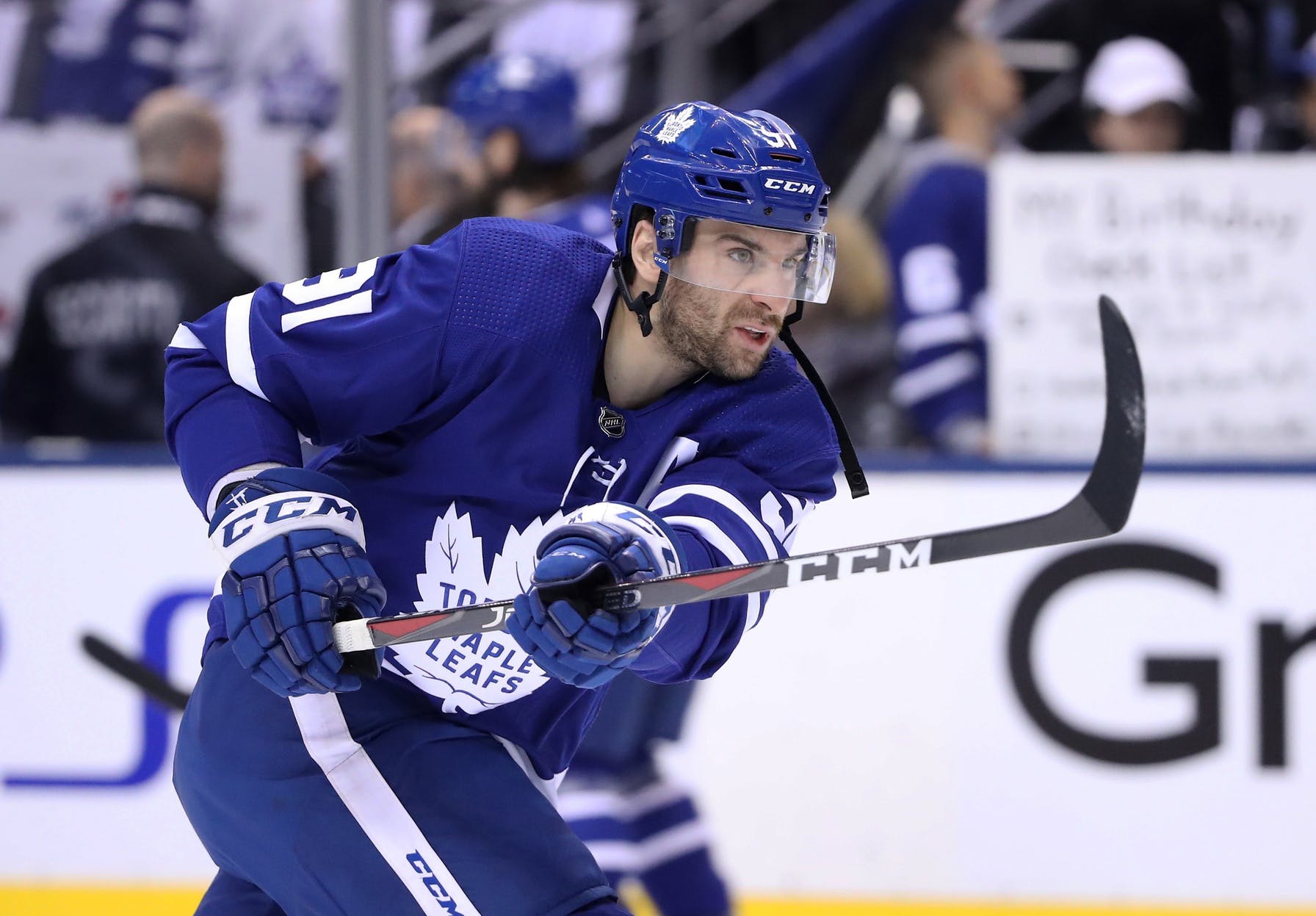 By Nation World HQ
1 year ago
by OddsShark (@OddsShark) – Sponsored Post
Goaltending questions and an epic collapse in their last outing makes the Toronto Maple Leafs low-reward and all risk on the moneyline, so bettors might find better value within totals props.
The Maple Leafs are -310 favorites and the Ottawa Senators are +255 underdogs with a 6.5-goal total on the NHL odds for Wednesday at sportsbooks monitored by OddsShark.com. Toronto is 15-5 in its last 20 home games when it went deeper than -225 on the moneyline, with the OVER hitting 12 times. Ottawa has won its last two road matchups where it was an underdog of +225 or more, but is 3-17 in its last 20 away games when its price passed that mark. The total has gone OVER in 10 of the last 15 Senators-Maple Leaf matchups.
Senators vs Maple Leafs | OddsShark Matchup Report
Toronto is 3-5 in its last eight games when it was also playing the following day, with the total going OVER six times at sports betting sites. Ottawa is 3-8 in its last 11 games on the front end of a back-to-back, with the total going OVER eight times
The teams play again on Thursday. Toronto is 5-15 in its last 20 games when it played the day prior, with the total going UNDER 11 times. Ottawa is also 5-15 in its last 20 games on the second night of a back-to-back, with the UNDER hitting 15 times.
After closing as a +260 underdog on Monday, the Senators rallied to defeat the Maple Leafs 6-5 in overtime for the first win in club history in a game that they had once trailed by four goals. Toronto had 70 percent of the matchup’s high-danger chances, as per Natural Stat Trick. All four Maple Leafs forward lines graded out at over 50 percent in expected goals-for percentage (xGF%), according to MoneyPuck. (All advanced stats are five-on-five play only.)
The Senators are 4-12-1, and will be trying to win their third road game in a row for the first time since October 2017. Since they have often play from behind, Ottawa generates high-danger chances at the fourth-highest rate in the 31-team NHL, but also allows them at the fourth-highest rate, which is also due in part to the struggles of their defense aside from the Mike Reilly-Artem Zub pairing. Up front, the Nick Paul-Colin White-Evgenii Dadonov trio was Ottawa’s most effective forward line on Monday.
Ottawa is 11th in the NHL in share of shots for (51.0 percent), 20th in expected goals-for percentage (48.9) and 19th (48.7) in high-danger chances. The Senators are 28th in goal scoring (2.35 per game) and 31st in goals against (4.06). They are 26th on both the power play (12.5 percent) and at penalty killing (73.7).
Matt Murray, who is 2-7-1 with  a 3.69 goals-against average and .882 save percentage, is set to rejoin Ottawa’s lineup after missing two games with an upper-body injury. In 10 career games against Toronto, Murray is 4-4-1 with a 2.62 GAA and .921 save percentage.
The Maple Leafs are 11-3-2, and have lost two games in a row where they failed to supplement the steady offensive dominance of center Auston Matthews and right wing Mitch Marner, who now have Joe Thornton back as their linemate. The onus will be on the John Tavares-Zach Hyman-William Nylander second line to earn a reward for their generally strong two-way play, especially after Tavares had a giveaway that led directly to the shorthanded goal that kick-started Ottawa’s rally on Monday.
Toronto is 17th in the NHL in share of shots for (49.4 percent), 16th in expected goals-for percentage (50.9) and 14th (51.3) in high-danger chances. They are second in goal scoring (3.63 per game) and 14th in goals against (2.75), while boasting the first-ranked power play (34.8 percent) and 19th-ranked penalty killing unit (78.2).
Frederik Andersen has made nine consecutive starts and allowed a season-most six goals on Monday, leaving the veteran Toronto goalie with a 9-3-2 record, 2.79 GAA and .901 save percentage. Toronto has also lost in both of Andersen’s starts against Ottawa this season. The alternative to Andersen starting all of a back-to-back is to give a start to backup Michael Hutchinson, whose last NHL appearance was with the Colorado Avalanche over five months ago.
Check out OddsShark on Twitter and Instagram or head to YouTube for analysis on this week’s top games. As well, the OddsShark Computer serves up daily NHL picks for bettors.
Content
Odds News
Recent articles from Nation World HQ