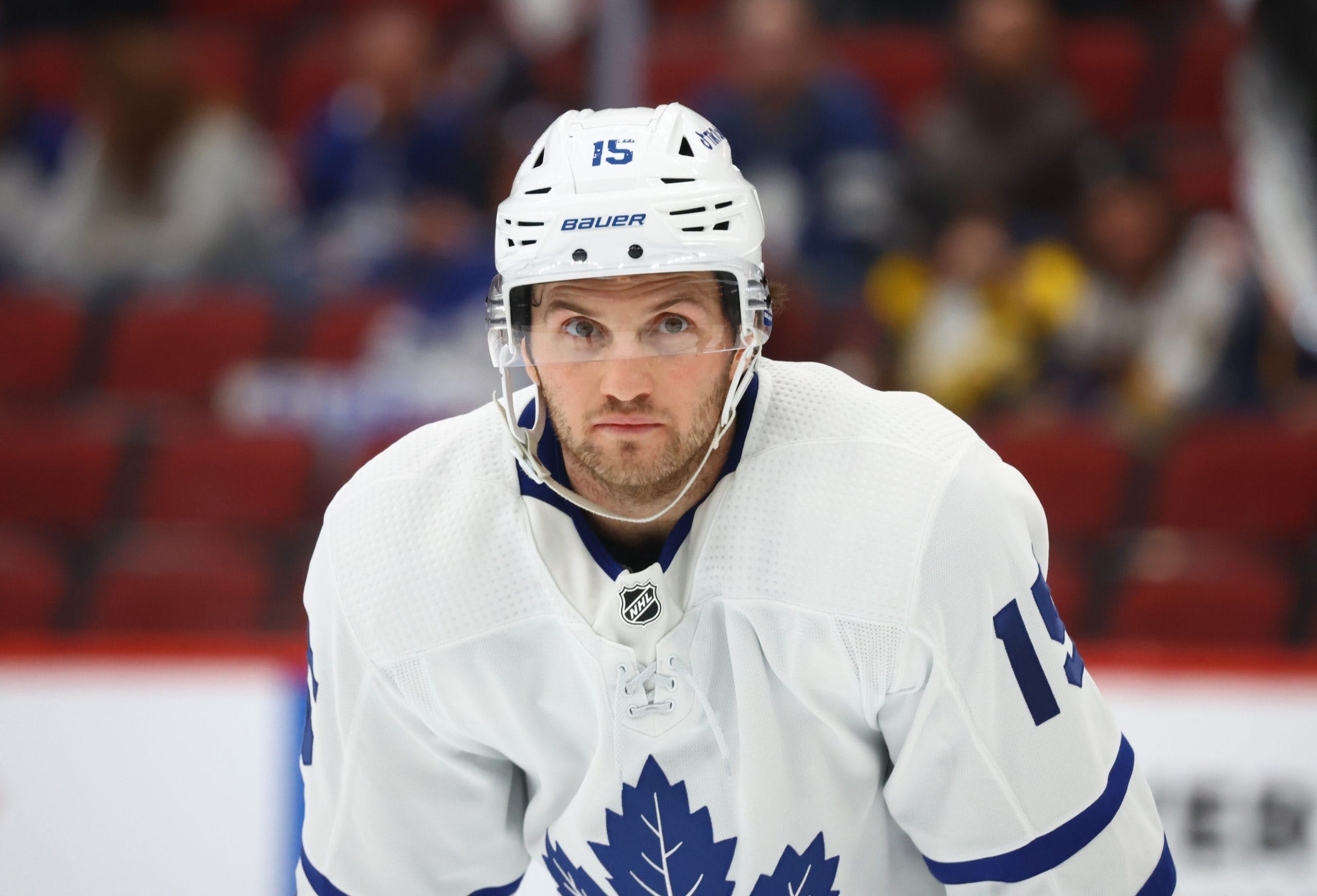 By Jon Steitzer
6 months ago
Frank Seravalli joined the SN 590 Morning Show today to weigh in on amongst other things, @Alex Kerfoot.
Seravalli states that there’s 100% a market for Kerfoot. They could move him today, and the number of teams is significant. The feeling is that his production is exceeding what he is getting paid and that he’d be a $5M on the open market, and because he’s exceeding his value the Leafs will want to keep him and are comfortable with letting him run out the last year of his contract.
This followed a statement that the Leafs are in fact actively shopping Justin Holl and that moving him today would give them a lot of flexibility.
So here’s the thing with all of that. Now that the draft has passed and there isn’t an immediate rush to use the futures that a trade for either a Holl or Kerfoot trade would produce, the Leafs are best waiting until some teams miss out on their target UFAs before reassessing the value of either Kerfoot or Holl.
It’s something that hasn’t been discussed much on this site to this point, but there is still the 10% summer overage on the salary cap that will allow for the Leafs to explore what they want to do on their way to cap compliance. They can go after any target they want as long as there is a clear path to cap compliance by opening night.
It’s in that spirit, that Justin Holl is most definitely gone in the coming days.
As for Alex Kerfoot, there are a few things more upsetting than the idea of hanging onto him. He had a career year, and next year he’s headed for free agency, this year is a no man’s land for the Leafs and an interesting time to test drive Alex Kerfoot for one of the interested parties.
Frank Seravalli is right that Alex Kerfoot exceeded the value of his contract last regular season, but that doesn’t change the fact that Alex Kerfoot can’t be the tandem goaltender with Matt Murray. The dollars from his deal need to go to someone like Ilya Samsonov that can help Toronto realize the dream of another overachieving goaltender.
If Frank Seravalli thinks that teams value Kerfoot as a $5M player (one that is only needing to be paid $750k, btw) the Leafs can reasonably be looking for at least a second round pick here. That second round pick coupled with $3.5M of cap space opens up a world of possibilities that need to be explored, not locked away until Toronto will eventually watch Kerfoot leave for the Oilers next in free agency next summer.
More from TheLeafsNation.com