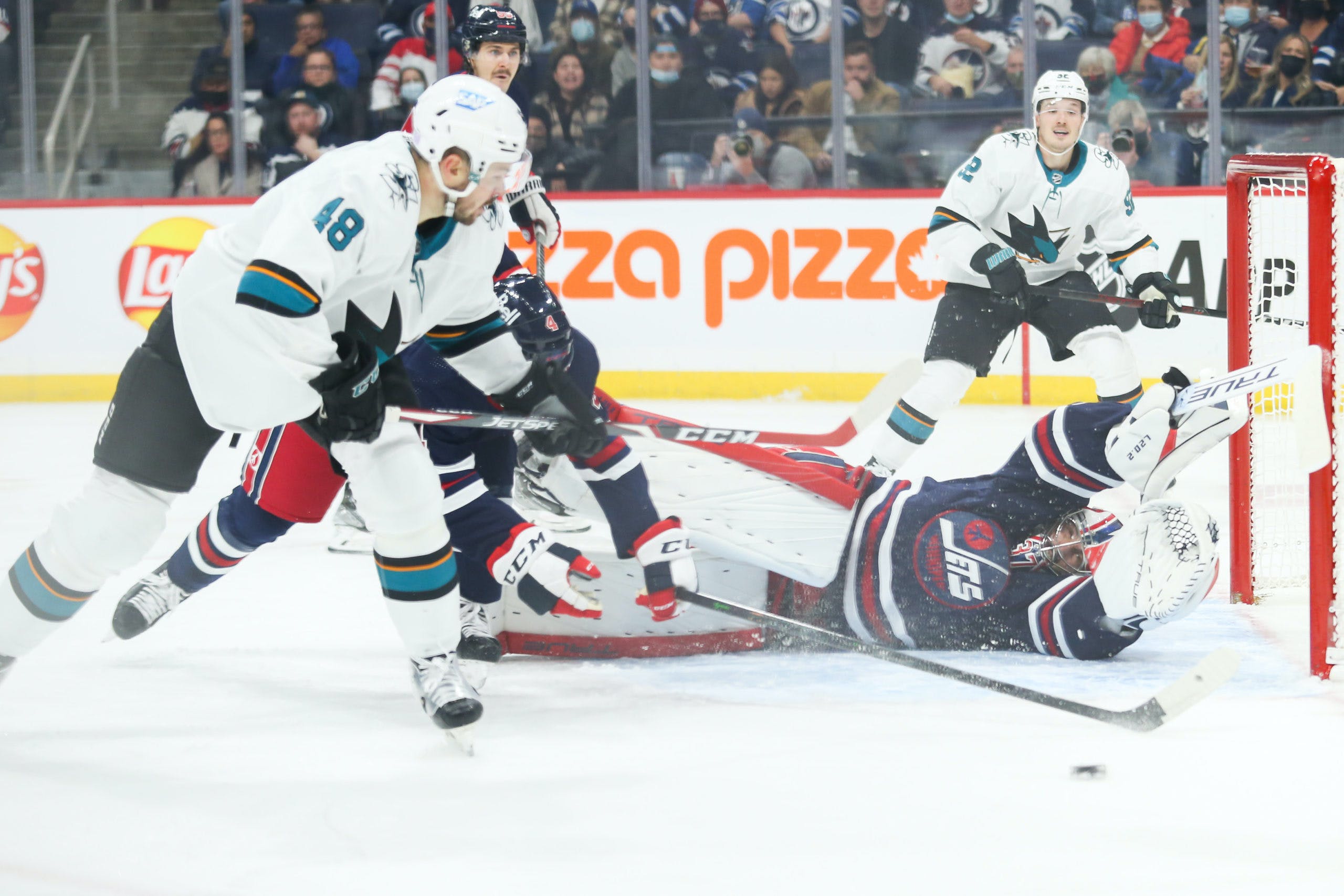 By Jon Steitzer
11 months ago
The Leafs are winning, why would they make a trade?
Well…you could argue that they don’t need to. You could argue that it will be hard for them to afford to. And you could argue they don’t have the moveable assets to pull it off, but frankly you’re just being a downer. The reality is that good teams add and don’t accept being good, they try to be better. The reality is the Leafs have found a way to make difficult salary cap moves before and it’s likely to happen again. And of course, when you look at the moveable assets piece, as long as some salary is heading out there’s no shortage of prospects, and draft picks (if you include the 2023 draft) to make something work. So yeah, we’re going to talk upgrades from time to time, and this week Frank Seravalli provided us with a list of names to consider.
You can check out Nick Barden’s look at Justin Holl’s availability. We’ve talked about a number of the players on the list already (Dylan Strome, Jake DeBrusk, Vitali Kravtsov, and JT Miller.)
That gives us four new(-ish) names that stand out as interesting options for the Leafs:

I’d have to imagine that Tomas Hertl is the run away favourite name on the list for absolutely everyone reading it. And honestly no matter the current state of the San Jose Sharks, he seems like a player they should be trying to sign and build something around, not walk away from.
Of course, the Sharks misstep is going to be a huge gain for someone, but it’s going to be to somewhere of Hertl’s choosing given that he has a three team trade list. That likely means that he’s either looking for a team he thinks he can win a cup with, or he’s going to be looking for a team he wants to re-sign with next season. The cup one seems like the Leafs could fall into that category, but when it comes to the Leafs having disposable cap space for an additional core forward, well… that’s a tall order.
The Leafs also have the added benefit of having a couple of Czech players, and perhaps Kase and Kampf can do a sell job at the Olympics (assuming there will be an Olympics) and given that the Sharks are a team that can afford to retain salary, there is always a strong possibility that Hertl could fit Toronto’s price point.
As for what the Leafs would be getting with Hertl, a guy who at his best has been a new point per game player, a pretty consistent 20 goal+ guy based on an 82 game schedule, and a player with having a reputation for being a fun loving, easy going, low maintenance personality to fit into the locker room. The fact that he can play wing or center is a bonus as he potentially addresses all of the Leafs pressing forward needs in one person.

It doesn’t seem like a Leafs season if we aren’t talking about the possibility of Toronto acquiring Rickard Rakell. If Rakell is going to be available we’ll have to assume that things will start going drastically worse for the Ducks than how they’ve been going so far because as it sits today they probably want to keep him and see if he can continue to work with their open and coming talent on their roster. Having seven goals in 14 games so far is certainly a rebound after his 9 total last year, and would certainly work as an upgrade to the top six wing situation.
Rakell has no barriers preventing him from being traded anywhere so that’s a reason to keep an eye on him. Normally players without no trade clauses tend to wind up on Canadian teams.

Why not bring in a good Mimico boy?
Smith at $5M from a team like Vegas that can’t really do anything other than money in/money out, with a preference to send money out means if the Leafs were going to look at Smith they’d need to shed money elsewhere first.
As for Smith, his 10 goals so far this year is encouraging, and he’s playing like a contract year. Asset wise he’s going to cost a team less than Rakell or Hertl, but the dollars could hurt, and whether Smith can produce as well in a different situation seems like a bigger question mark than you’d have with someone like Hertl, given that there has been solid but less consistent results throughout his career.
Smith does have 8 team list of teams he won’t go to. I’ll generously assume his hometown Leafs aren’t on that list.

It’s nice to have a bargain option and that’s why I’ve included Henrik Borgstrom. Yes, Borgstrom is another reclamation project type player. Well, reclamation might be generous as he really hasn’t established himself as a NHL player in either Florida or Chicago, so it’s more of a see what you can do with a former first round draft pick before he chooses a career in Europe type of move.
Borgstrom is obviously more of a depth move, and might have more value to the Leafs if he clears waivers at some point and they can run with him on the Marlies for a bit to get him into a position of being late season/playoff depth.
As a 6’3 center, Borgstrom would be an nice way of addressing loss of depth at the position from the departures of Brooks, Semyonov, and Amadio. And then the Leafs can see if they can tap into the upside that teams seem to think might still be there.
The price for Borgstrom would likely be very friendly, presumably a slightly younger hit or miss type prospect.

Will the Leafs be active this year?

Based off of what Kyle Dubas has done in previous seasons, it’s safe to say the Leafs will be looking at bringing in a player capable of moving the bar for Toronto in the postseason. Unfortunately we can see that it hasn’t always gone as planned either. I don’t think history is going to change Dubas’ approach, and honestly standing pat would be a missed opportunity. We’ve seen that Dubas likes to make his moves in advance of the actual trade deadline, and presumably that will also be true this year. It’s a matter of when the deal comes together, not a set date on the calendar. That being said, there’s no reason to believe anything is imminent either, nor does anything need to be.
Uncategorized
Recent articles from Jon Steitzer