Shut it down. Patrick Kane to the Leafs would be a disaster 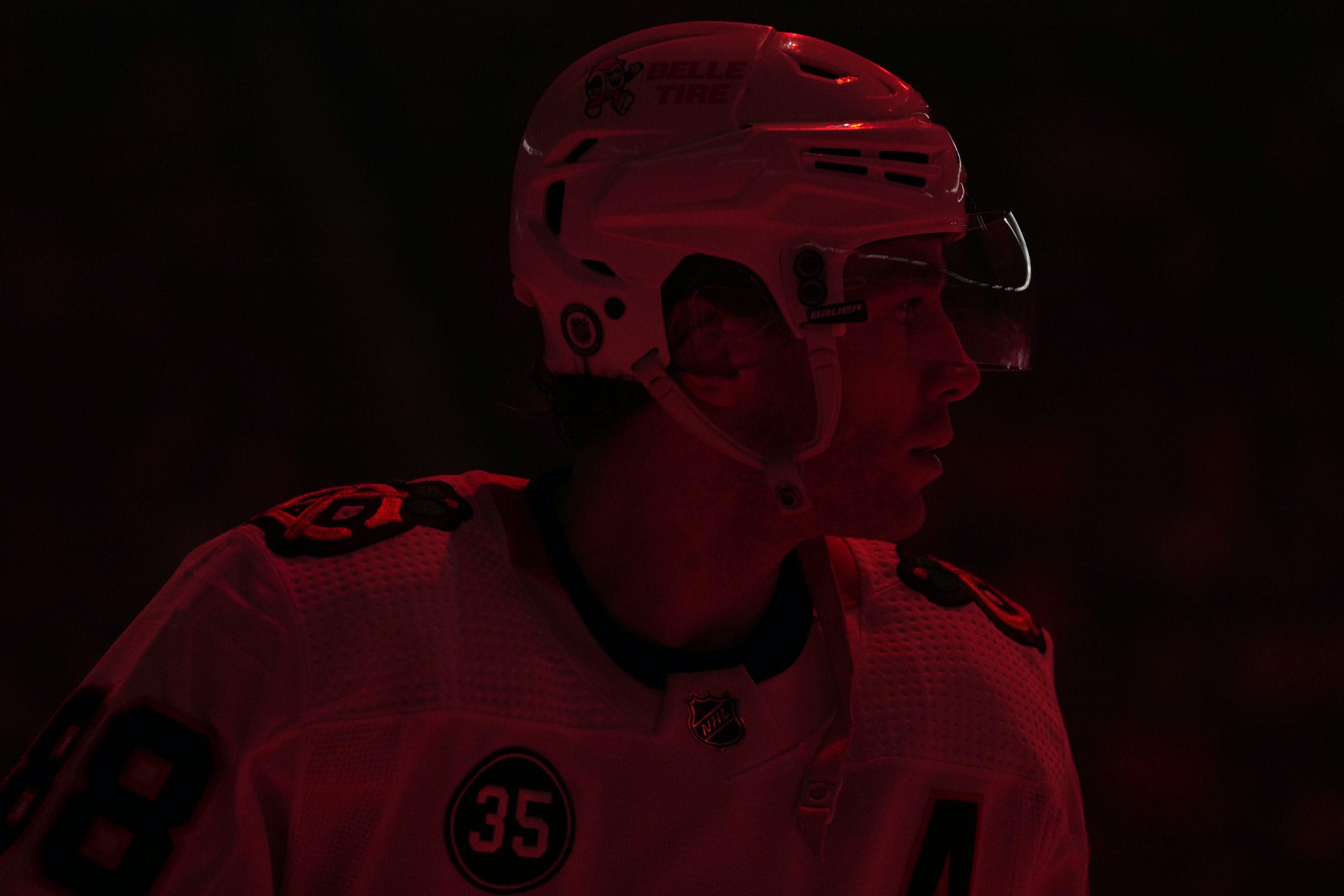 By Jon Steitzer
3 months ago
It’s definitely at the point in the summer where people are looking for something to talk about, and it seems that Patrick Kane rumours are how the hockey world is going to pass the time. Unfortunately when it comes to ways to make sure there is enough gasoline on the fire to make a topic stick you need to include Toronto as part of the rumour. As a fanbase Leafs are a dog on a bone that won’t let go and that’s why we probably need to bow out of the Kane talk early.
The narrative around the idea of Kane coming to Toronto seems to be largely Auston Matthews driven. Bringing in Kane shows a commitment to winning, bringing in Kane would allow the torch to be passed from one of the top producing American forwards to the next one. And my personal favourite is about how Kane would take a discount to continue to play in Toronto because he’d want to continue to play with Auston and that would help Auston get re-signed as well. It’s a fun little story for someone but doesn’t seem to be grounded in fact.
For Kane’s part in this, it’s pretty clear that he doesn’t intend to stick around Chicago for the rebuild and that pretty much means that the Blackhawks will be moving him at some point this year. Kane hasn’t put any rush on the Blackhawks to move him and stated that he’s fine to start the year in Chicago, but the reality of the situation is that for both the player and the team it will be a necessity to move him before the trade deadline. There’s no rush and Chicago can set a high price for teams to try to meet. And it’s that part that really should make it clear that the Kane talk is truly nothing but filler at this stage unless someone truly needs him not only to make their team a Cup Contender but possibly needs him to make the playoffs.
It’s the high price of Kane and the lack of a sense of urgency for the Leafs to bring in a player like Kane that really should make it clear that rumour mongers are talking out their asses on this one. Toronto has a lineup that is more than capable of qualifying for the playoffs. They have a strong offensive core and a competitive blueline that took a good leap forward last season. Their biggest needs aren’t established and their potential biggest need could still very well present itself in net and burning through assets to solidify an area of strength doesn’t make a ton of sense.
Where the idea of Patrick Kane to the Leafs starts becoming a disaster begins with the asking price. Let’s start with what is generally the asking price in this situation and that is a good roster player, a young player ready to take a step, a prospect, and a first round pick. The Leafs can’t really lose another first and Kane isn’t going anywhere without a first coming back. The young roster player would likely have to be either Rasmus Sandin or Nick Robertson to make it worthwhile, and losing one of those players either making defensive depth worse or taking away a cheap secondary scoring option isn’t an exciting idea. That prospect leaving would suck too, and while I don’t think it would be Knies, Niemela, or Hirvonen, I wouldn’t rule out the immediate next tier of prospects like Minten, Moldenhauer, Voit, or Ovchinnikov being fair game. Then as per tradition, assume the roster player is Kerfoot to make the money start to work. Kane isn’t going to be cheap because salary retention is part of the equation.
The salary retention piece is an important one and one that at 50% still might not be enough to make it work for the Leafs. They would then be paying an additional team to broker away another chunk of Kane’s cost. The price just got higher.
There’s also what Kane potentially means long term and that could mean walking away from a younger, equally productive William Nylander. Nylander’s contract expires at the same time as Matthews and certainly having Marner, Nylander, and Kane in the top 6 beyond a one season push would be difficult to afford, even if discounts were factored in. Going with an older player on what would probably need to be a very similar contract doesn’t make a ton of sense. Nor does looking at a player like Kane as a rental when the price to obtain him would be so high. We are into shuffling deckchairs territory.
Then there’s the personality fit, not just in the Leafs locker room, but the fit within the market. Patrick Kane isn’t that. The sexual assault allegations against him are troubling and alienates a large portion of the fanbase. The willingness of the 2010 Chicago Blackhawks team to ignore and help hide the actions of Brad Aldrich is vile. Including the incident with the Buffalo taxi driver and it is hard to morally justify bringing in Kane. If we’ve learned anything from the Hockey Canada situation that is presently unfolding, sometimes things are bigger than hockey. No matter the player on the ice, that should not excuse who they are off the ice, and there have been plenty of reasons to doubt Patrick Kane’s character.
So if you ignore the positional need, the salary cap, character, the cost of acquiring a rental player, and the potential long term cost of bringing him back for more than one year, then yeah, we can talk about Kane to the Leafs. I just hope it’s strictly talking because hockey fans need something to talk about.
More from The Leafs Nation: