Some love for JT & Gio, plus Scott Hartnell drops by: Leafs Morning Take 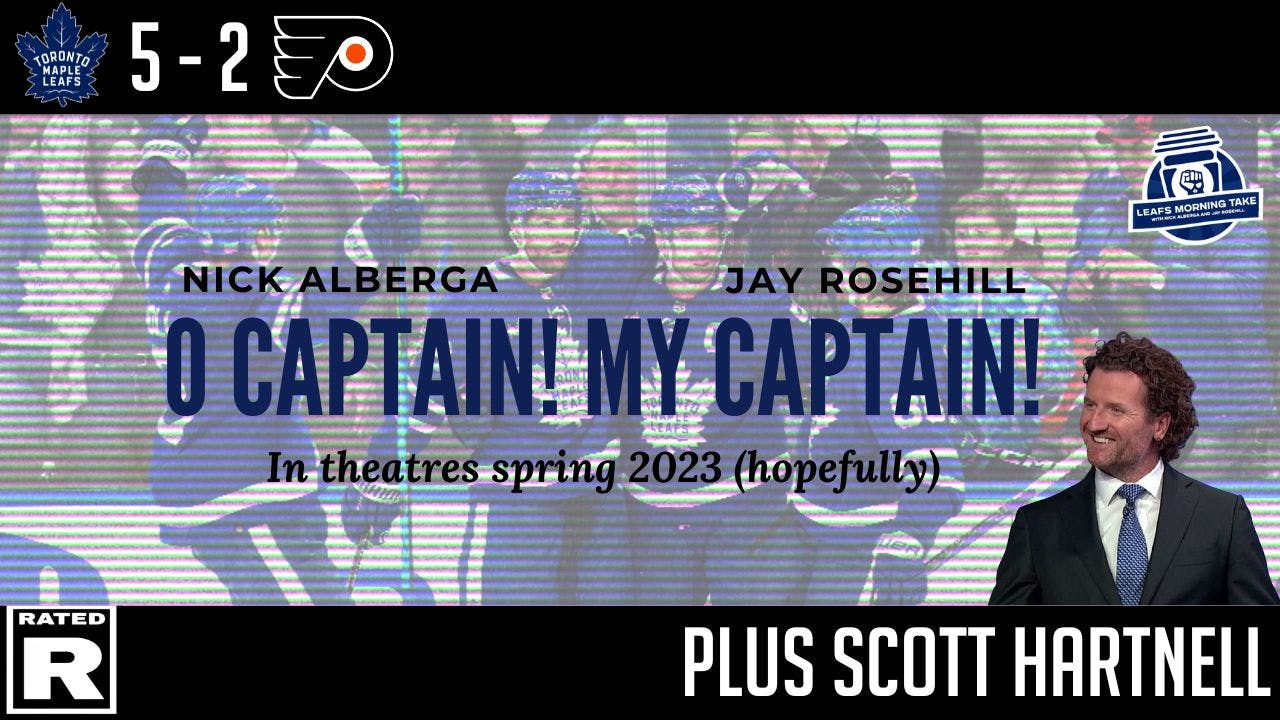 By Nick Alberga
1 month ago
That’s more like it.
After a pedestrian October, the Leafs kicked off November in style on Wednesday night with a 5-2 victory at home against the Philadelphia Flyers.
I won’t lie, we were feeling good on today’s edition of Leafs Morning Take. It’s just one game, but the Leafs played with pride, desperation, urgency, and a bit of bite. Honestly, how could you not love that little melee at the end? There’s nothing wrong with a little pushback. And no, there was no need for Auston Matthews to fight there.
Meantime, we had Rosie’s former teammate and current Flyers Analyst for NBC Sports Philadelphia, Scott Hartnell, on the show. Does John Tavares get enough love? The 32-year-old was a monster against Philly notching his 11th career hat trick and an assist for a four-point outing. Through 11 games, Tavares has registered 7 goals and 14 points.
Lastly, we touched on my PointsBet Canada bet of the day. In case you didn’t know, PBC is now offering shot props, which you just love to see! I’m on one tonight on Broadway.
Rosie is off until Tuesday, but don’t fret, 3 hits with Rosie will make its triumphant return tomorrow. Toronto has a huge back-to-back against Boston and Carolina coming up this weekend.
Make sure to join me tomorrow as I get you set for that, plus the great Jackie Redmond, who’s a massive Leafs fan, will drop by. We’ll get her thoughts on everything that’s transpired so far in this early season.
Don’t forget to subscribe, like, and leave us a review wherever you’re checking us out!
Shows
Recent articles from Nick Alberga