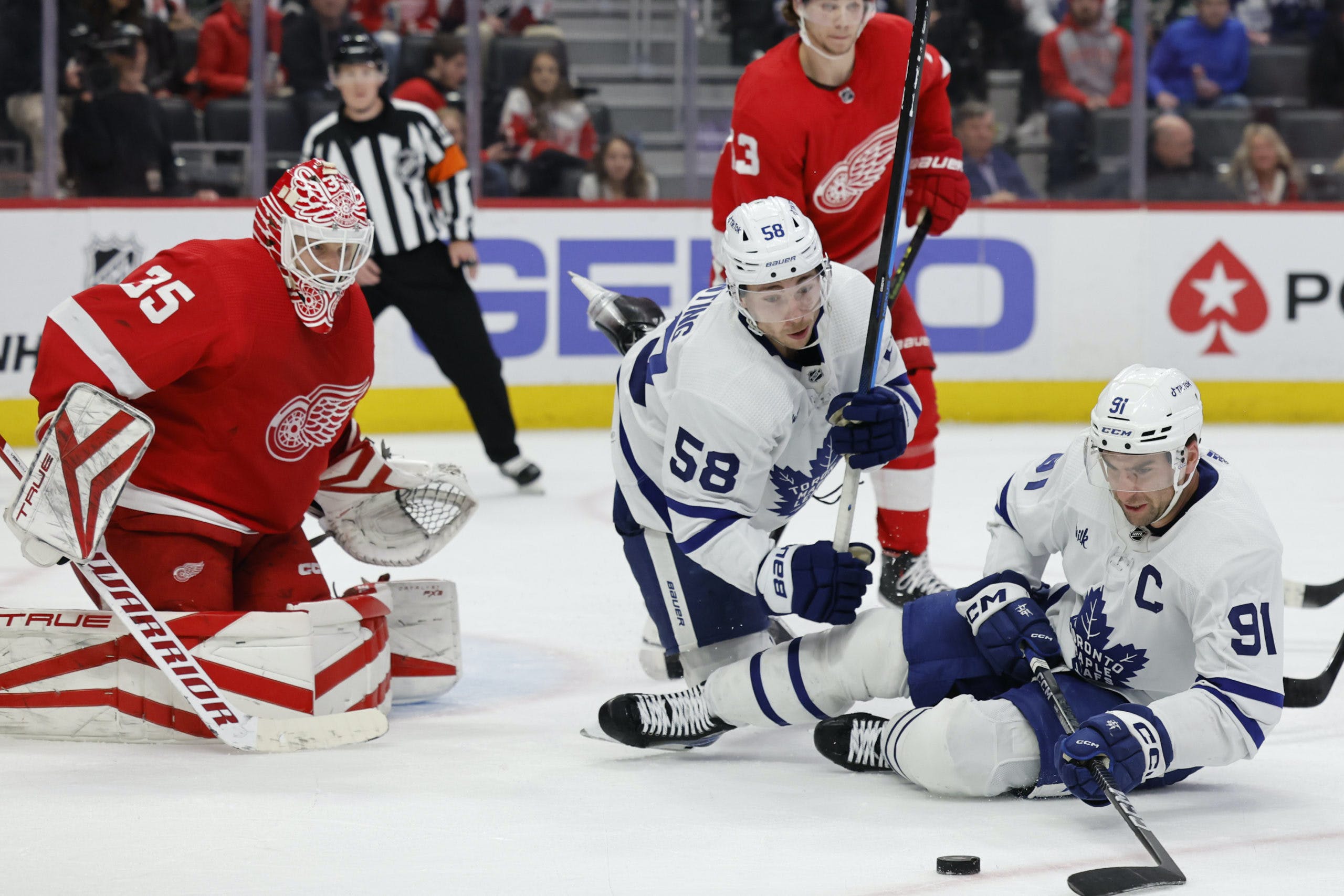 By Jon Steitzer
18 days ago
Now there are a number of excuses that can be made for last night. Auston Matthews was out. TJ Brodie is on the injured reserve. It was the second game of a back-to-back. The goal called back on Bobby McMann was preposterous (although by the letter of the law, apparently the right call.) The refs sat on their whistles again. The Leafs Dads kept them up too late partying in the hotel bar.
Whatever it is, a game against the Detroit Red Wings should be winnable, but last night the Leafs didn’t have it.

Something can absolutely be said for the third period effort and the Wings were fortunate to hold back the Leafs attack. Even in the second the Leafs improved after a turkey of a first, but there without Auston Matthews and with William Nylander in a position he’s not the most comfortable in, the Leafs offense is far more defendable. Games like this make the strongest case for adding another scoring forward, and considering the Leafs only had two goals against Nashville, the 3 goals in 2 games without Auston certain is the starting point of building evidence that Toronto needs help.

I’m going to attribute the lack of a Leafs point presence on the right side to the absence of Conor Timmins from the lineup. Maybe taking him out was the best case for leaving him in the rest of the way because his departure was notable and one that Toronto should try to avoid going forward. The Leafs made their presence known in the high danger areas, but were not nearly as present in medium danger spots and were pushed to the outside too often.
In contrast, the Leafs defense wasn’t bad, and if you want to pat anyone on the back for last night, it’s probably them and/or give credit to the whole team for decent defensive play against an underwhelming offensive opponent who took their foot off the gas to protect a one goal lead.
As for Samsonov, he didn’t have a strong night. He had 3 goals hung on him, and while he stopped all six of the high danger shots. His 3 goals to the 1.89 expected goals isn’t ideal, but all of this with the 4-1 goal (3rd against Samsonov) skewed the numbers a bit as Toronto had already mentally boarded the plane to Boston. Let’s consider it a .864 save percentage with an asterisk, and the performance was more of an adequate .900 night.
A few other things that stand out,
The Leafs will be eager to forget this one and are off to Boston with their Dads for their 3rd game in 4 nights. That should mark the return of Auston Matthews, but will certainly feature an opponent that will test them more than Detroit did as well.
Editorials
Recent articles from Jon Steitzer