Take a deep breath. Relax. The Leafs marathon is about to begin 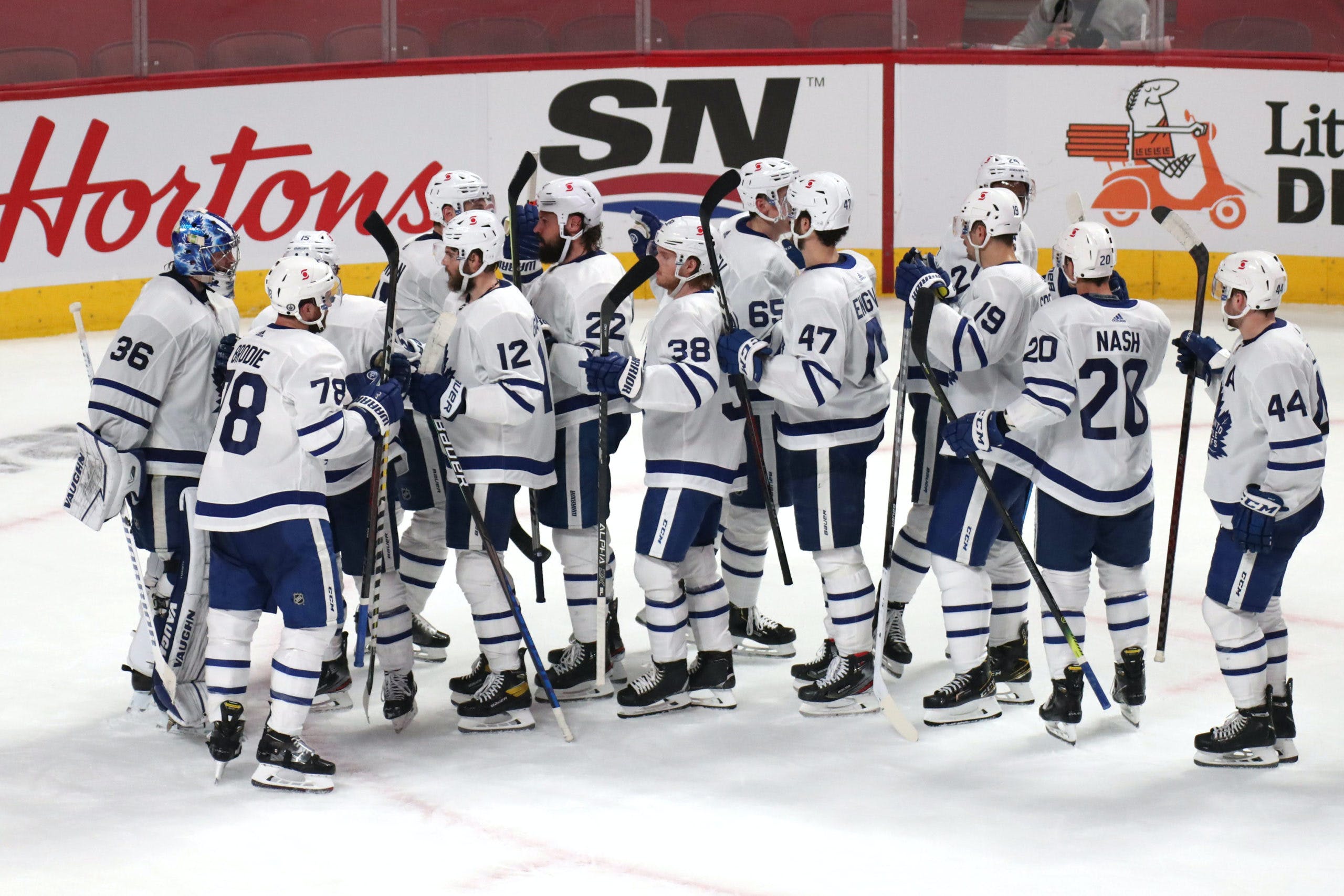 By Jon Steitzer
1 year ago
82 games is a long time. 82 games is especially long when you know the Leafs are a good enough team to fall on the playoff side of the equation even if they half ass it throughout the year and don’t particularly have anything to prove in the regular season. Instead this year is all about playoff success. That’s going to make for an interesting regular and one that could feel pretty pointless at times. That’s probably not the best way to hype a season that others are calling the last dance for this Leafs core, but let’s start with how that narrative is downright goofy anyway.
For one, the comparison to the Bulls last dance ignores the fact that Bulls were going for their sixth championship of a dynasty. The Leafs are trying to end 5 year streak of being out in the first round, and 17 year drought of not seeing the second round of the playoffs. That seems like where the ridiculousness of this comparison needs to stop. Of course the Bulls last dance also had no chance of the band staying together. Pippen was heading for free agency, Phil Jackson had essentially received his walking papers, Dennis Rodman was pretty much already imploding, and of course Jordan was all but certain to retire for the second time. As far as I know the Leafs are perfectly happy to keep their players and staff around if they receive results. What the Leafs are going through is probably more similar to the Knicks in the 90s. Some really good pieces, heck even a superstar, but incapable of getting out of their own way and also blocked by the fact that there are better teams in the league. This is not the last dance, this is the Leafs being the New York Knicks. This is a team looking to take advantage of an opportunity, not a team cementing a legacy as the best. And part of that reality means the Leafs need to make the most of the 82 game opportunity to find out what gives them the best chance of blocking a Lightning three peat.
This year is about having talent, but also testing as many different ideas as possible to see what sticks. Part of that is seeing what players like Rasmus Sandin, Timothy Liljegren, David Kampf, and Michael Bunting can do. Do the Leafs have players ready to take their next steps in their careers, and already this seems like an upgrade over last season which seemed like seeing how much usable hockey was left in Joe Thornton, Wayne Simmonds, and Jason Spezza. While Simmonds and Spezza are back this year, there is no doubt that their roles are being viewed a bit differently.
This year is about moments exactly like how the year is starting. Auston Matthews being out of the lineup is never a good thing, but that doesn’t change the fact that the Leafs need to find ways to win no matter who is missing from the lineup. It is highly likely the Leafs win the series against Montreal if they play seven games with a healthy John Tavares, so Toronto needs to go back to winning no matter who is out of the lineup. If you believe in the Leafs depth, you need to believe in enough that Amadio coming in for Matthews doesn’t equal the end of the world.
The idea of having Spencer Carberry running the powerplay is incredibly promising, and the fact that he has the Leafs top players on the top unit, but using them in new ways sounds incredibly promising. The idea of having Dean Chynoweth running the blueline and potentially unlocking the potential of Travis Dermott seems exciting as well, as does the tease that we might not see the exact same pairings every single game. It’s 82 games, keep it fresh.
While the Leafs should be able to coast to a playoff spot, there is no doubt that it won’t be easy path to the top of their division. The Lightning are still very much the Lightning, and the two time defending Stanley Cup champs. The Bruins are still the Bruins, and being Rask-less, Krejci-less, and Chara-less doesn’t change the fact they still have Marchard, Bergeron, Pastrnak, McAvoy, and that Taylor Hall guy we’ve heard so much about. The Panthers are the new reality the Leafs need to deal with. They’ve quietly been improving, and we might have to acknowledge that even though we don’t talk a lot about Barkov and Huberdeau, they are one of the best duos in the league. There’s also the frightening reality that at some point Bobrovsky might remember how to stop pucks.
The rest of the division is a lot more forgiving, and the only requirement seems to be to outplay the Habs or the fifth place Metro Division team, which will probably be the Flyers or Rangers, and that seems manageable as well.
Unfortunately there is no redemption arc for the regular season. Nothing that needs to be proven. Nothing that can be answered. And while that makes it seem like a giant waste of time, it isn’t. The next 82 games need to be an exercise in winning if different ways. Learning what doesn’t work for this team, and becoming better students of what their opposition not only brings to the table in the regular season, but see the potential for what they can do beyond. While saying all of that as an outsider is painfully easy, it will be an interesting challenge for the organization to manage this season differently. The is no doubt the talent is there, the smarts are there, and the will is there. It’s just a matter of whether or not the Leafs can put it all together when it matters most, and unfortunately for that we’ve still got a long road ahead. We can only hope the journey will keep us entertained.

After signing up for a free account, we’re going to give you a bunch of boxes with player names and you’re going to pick a name from each box until you’ve put together a super crew that you think can contend for a NationDrafts championship. Seems easy, right? It is easy and that’s not just because you’re wicked smaht. Sign up for FREE right here.
Uncategorized
Recent articles from Jon Steitzer