Tavares preps for game No. 300 as a Maple Leaf..and look at the opponent: Leafs Tailgate 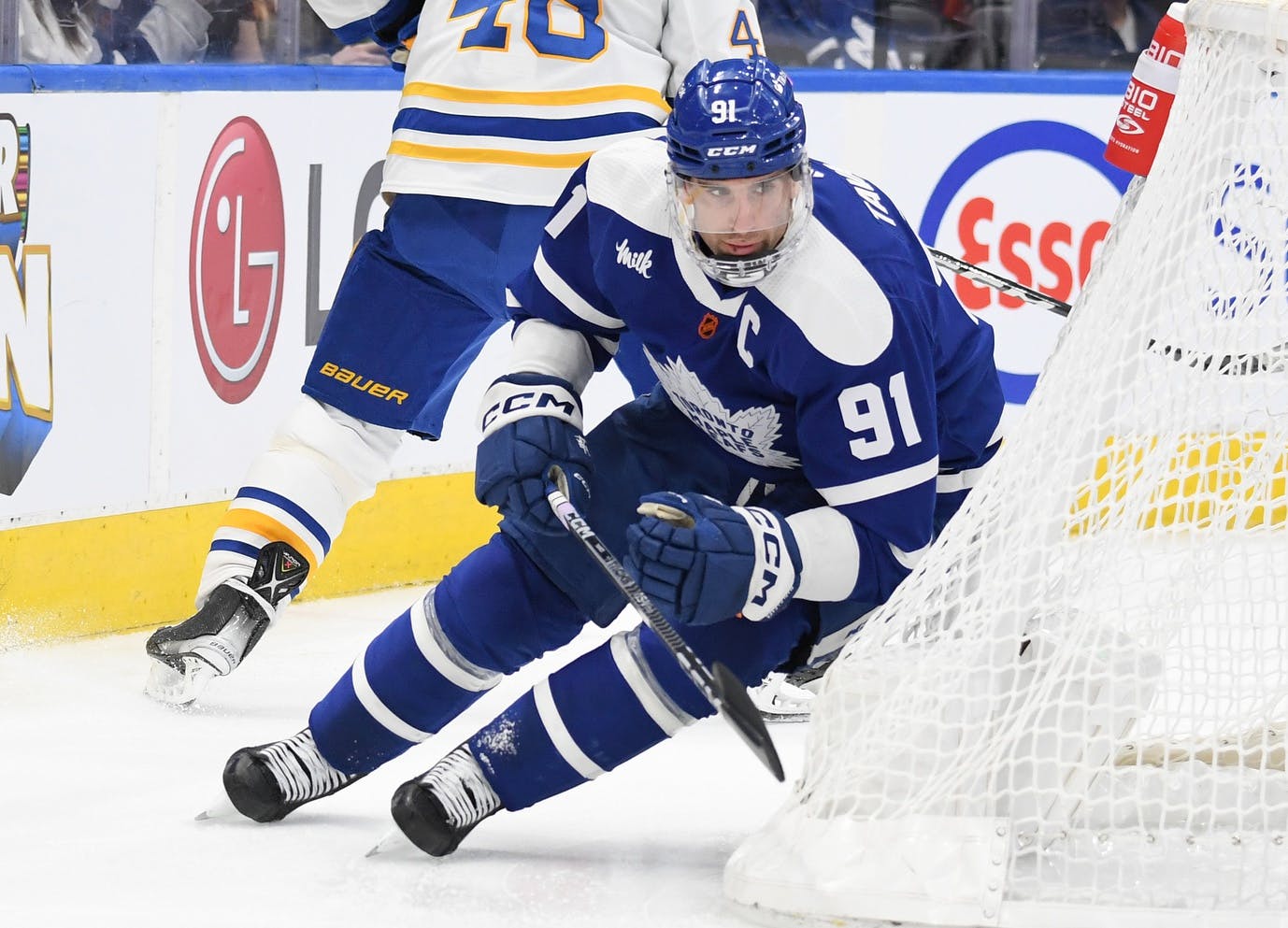 By Nick Alberga
15 days ago
Who’s ready for another John Tavares REVENGE game?
It’s funny how things work out sometimes, but tonight will mark the 300th game as a Maple Leaf for the captain.
Fitting enough, his former team, the New York Islanders (11-8-0) are in town. After a 4-4-2 October, Toronto is 6-1-2 in November. Back on Saturday night, they smoked Buffalo 5-2 to improve to 10-5-4 on the season; William Nylander scored twice, and Tavares continued his hot start with a goal and two helpers
Meantime, the Isles are finishing up a four-game road trip. After winning in Ottawa last Monday, they’ve dropped back-to-back games in Nashville and Dallas, respectively, heading into this one.
Furthermore, Toronto had its way with New York in 2021-22 taking all three meetings. This one will be the first of three once again this season.
Time: 7:30 PM EDT (Sportsnet)
Starting Goalies:
NYI Ilya Sorokin – LIKELY (7-5-0, 2.41, 0.925)
@
TOR Erik Kallgren – LIKELY (2-2-3, 2.86, 0.893)
Projected Lineups:

Three Storylines:
QUICK START
The Leafs need to bottle up what they did in the first period on Saturday night and do it again tonight. Toronto was up 3-0 after one against Buffalo; that game was pretty much over before it even started. Additionally, you know the Isles will be ready to play, especially after two disappointing losses in a row. Full disclosure, this could be a grind fest. New York has struggled defensively lately, so look for them to try and slow things down.
JT REVENGE GAME
You can’t preview this matchup and not bring this up, right? But seriously, how terrific has Tavares been to start the season? He notched three more points on Saturday and is now up to 21 (10 goals, 11 assists) in 19 games. Additionally, in eight career contests against his former team, he’s tallied two goals and two assists. And again, interestingly enough, tonight will mark Tavares’ 300th regular-season game as a Maple Leaf. Time flies.
ILYA SOROKIN
If you’re unfamiliar with Sorokin, he’s really started to establish himself as one of the premier goalies in the NHL. In fact, I think he has a good shot to win the Vezina Trophy this season. With that in mind, it’s paramount that the Leafs make life difficult for the Russian netminder. Toronto’s been playing with lots of urgency, pace and speed lately, they’ll need to continue that if they want to walk out with the two points tonight.
BETTING:
Courtesy our friends at PointsBet Canada, here’s tonight’s lines & odds:
(As of Noon EDT)
Prop Play:
John Tavares Anytime Assist
Editorials
News
Recent articles from Nick Alberga