The biggest surprises of October as the Leafs play .500 hockey the hard way 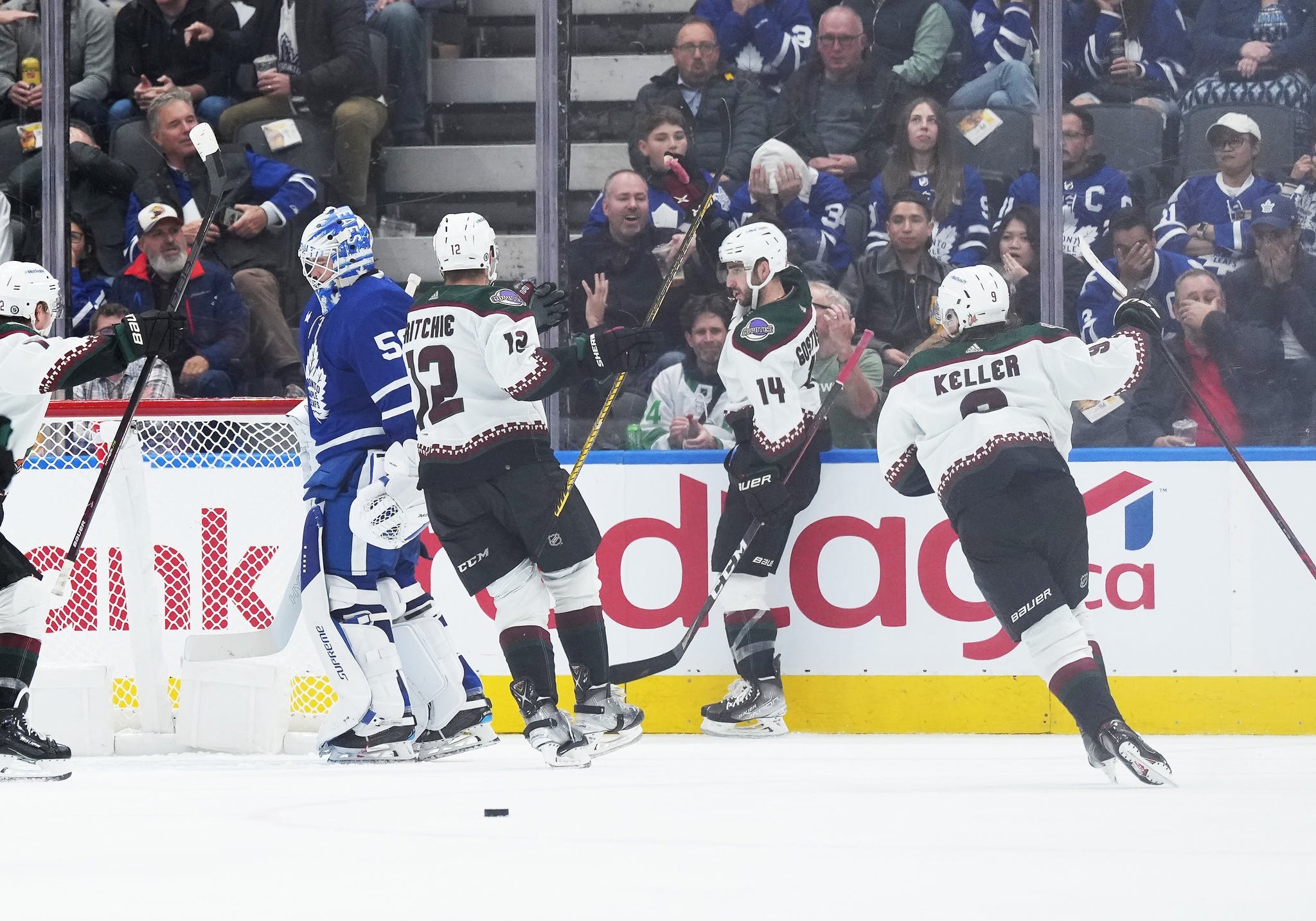 By Jon Steitzer
3 months ago
“Run it back” they said. “We believe in this group” was a consistent sound bite. There was plenty of people and seemingly plenty of reasons to believe in the Leafs despite their lack of interest in offseason upgrades and whether you bought that bill of goods or not, there was no reason to expect that the Leafs wouldn’t play like contenders despite plenty of evidence to slow starts being part of their M.O.
Given what we know about the Leafs and the mixed compliment of both optimistic and realistic (read: pessimistic) writers on this site, I thought I’d ask the group what has been the biggest surprise of the Leafs season so far to our wonderful complement of writers.
Here are their responses:

Ilya Samsonov has been a pleasant surprise to begin the season. Not only did he win his first four starts, he did so convincingly and has provided some stability in the crease at a time where there was so much uncertainty in the wake of Matt Murray’s injury. While the season is still young, Samsonov is already showing his worth and proving to potentially be the Leafs’ best acquisition of the offseason.

How can you not be surprised by Matthews only having one goal in seven games? The goals will come and he’s getting plenty of chances but it’s always a shock when he goes on this long of a drought. There is no need to worry about his output, all players go through slumps but he always starts off the year hot. I still think he scores 50, just needs to get going soon.

The biggest surprise for me is how deeply horrible this team is at it’s core.
That might be a hot take but let me elaborate. It’s great to see Tavares coming out of the gate strong after everything he’s been through, but after him and Samsonov, the good stories end. The rest of the team have zero redeeming qualities. The bottom six lack identity, the top line all seem completely out of sync and miserable, and the defence are just.. not it. Justin Holl in particular is straight-up unplayable, I think I would genuinely prefer to welcome Roman Polak back with open arms than have to watch Holl play for another second.
The magic is gone, maybe it’ll come back, maybe the whole season will be like this- mired in mediocrity. All I know for sure is that these games used to be fun to watch, now, at best, they just leave me apathetic, anxiously anticipating the next bad thing that’s undoubtedly right around the corner

The biggest pleasant surprise? The amount of fans still willing to watch and give this team another chance. Progress isn’t linear and nobody is guaranteed to win so you might as well enjoy the ride. Who wouldn’t want to watch Matthews all season long?The biggest unpleasant surprise might be the lack of intensity and inability to play a full 60 minutes so far (deja vu anyone?). While it’s early, you would think the team would be going out to prove to themselves that there’s been growth and maturity and anger heading into this season by putting everything on the line

The biggest surprise this season for me has been the lack of production from the top line. Matthews and Marner were able to find another level in the second half of last season and it carried over into the playoffs. Now, it they look as if most of that chemistry is lost, and Bunting can’t carry that line. The game against San Jose was better, but we need to see them bring that game-breaking talent each shift. As much as all the components of this team are crucial, the Leafs will only go as far as the top line will take them.

The biggest surprise for me is the absolutely terrible shooting percentage the Leafs have suffered this season so far. They are the 3rd lowest team in shooting percentage at 5-on-5, with just 6.4% of their shots going in, per Evolving Hockey. Since Auston Matthews joined the team, they’ve never had a season below 8.3%. Even if they only were at 8%, that’s about a goal every other game at even strength, which could have easily led to a different start to the season.

For me, the biggest surprise has been how quick some have started to turn on Sheldon Keefe. Keefe has a superb regular season record with the Leafs and just led the team to a franchise record. The team has started slow, but it’s been a better start than last season and you can tell by his comments that there’s a frustration with the players not executing, especially the top line. The team will figure things out and Keefe deserves time after last season to get them playing the right way.

I’ll go with Ilya Samsonov, the lone offseason move that has actually paid off for Kyle Dubas so far. On a nightly basis, I find myself wondering what this team’s record would look like without him right now. He’s been steady and consistent, and that’s all you can pretty much ask for at this point. It’s early, but that low risk, high reward signing has been a home run so far. With a bat flip.

Going into the season, goaltending looked like it was going to be a huge issue for the Leafs, and that problem seemed to compound itself even further with Matt Murray’s early (and predictable) injury. It’s a surprise, and a huge relief, that Ilya Samsonov has been rock solid, holding the team in some games that they have not deserved to be in. He seems to have turned a corner from his struggles in Washington, and is playing up to his first-round pedigree, giving the Leafs some degree of stability in a crease that did not look strong just a few weeks ago.

Recency bias. We’re ten games into the regular season and we’re already talking about firing the coach and trading players. I totally get it, they haven’t been the best. But there’s got to be some more time here.You don’t make a move to make a move. What’s that going to solve? You trade Justin Holl for a pick, what’s that going to solve? You fire Sheldon Keefe, what’s that going to solve?Give this team a bit more time. We’ve seen this movie before and they went off to lose a well-fought battle to the back-to-back (at the time) Stanley Cup Champions. It left everyone feeling better than years past.Heck, Colorado went 4-5-1 in their first ten games last season and went on to win the Stanley Cup. Anything is possible, even with this Maple Leafs team.Give it some more time.

Me, I don’t know if this team can surprise me negatively anymore. The Leafs falling flat on their face is nothing new and the team learning nothing about the predictability of the style of play seems to match the arrogance that the organization regular puts forth when anyone dares to question why they haven’t taken a step forward.
Alas, I’m trying to be a positive person and the biggest surprise to me so far is that Nick Robertson was so quick to establish that he belongs in the NHL. I expected this to be an ongoing battle and hopefully he’ll continue to get used in the situations that he can thrive.
How about you? Let us know in the comments what you think the biggest surprises are of the underwhelming Leafs season.
Editorials
Recent articles from Jon Steitzer