The cap is on the rise, the season will start on time, and other news on the state of the NHL 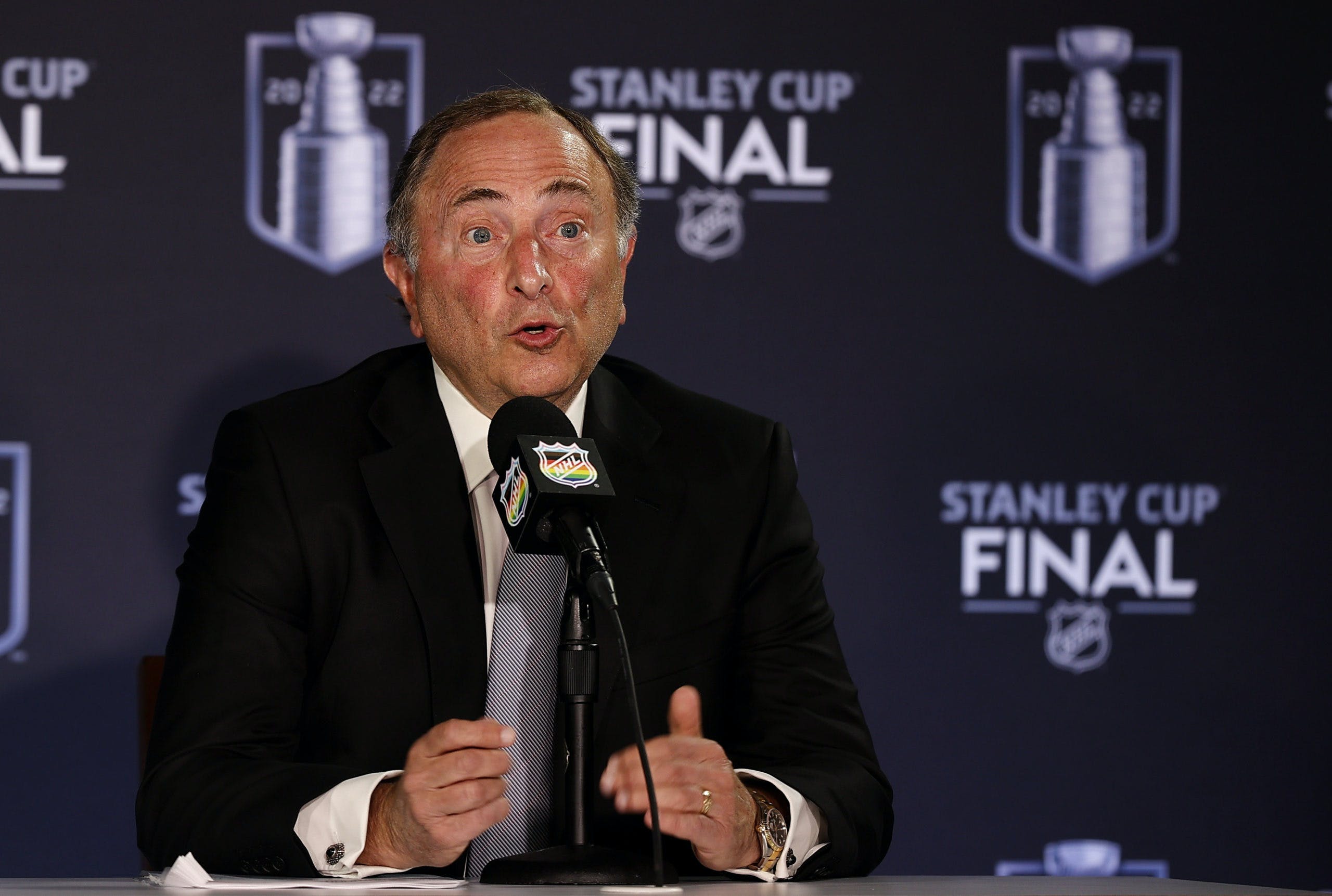 By Jon Steitzer
7 months ago
For some, tonight is all about the best on best matchup between two stacked teams, the Tampa Bay Lightning and the Colorado Avalanche. For others tonight is a bit about gaining some insight into the direction the league is going and how long we’re committed to flat caps and hockey deep into the summer. For his part, Gary Bettman provided some actual good news on both of those fronts and there was some other interesting information to boot.
In the true spirit of the NHL, I’d take that early July release to mean “July 14th”, but given that falls during the start of free agency, we might see the NHL truly stick their word and we could see a schedule in that window of time between the draft and free agency. It seems too much to ask for that they’d give it to us any earlier than that. It doesn’t really matter anyway, the big thing is being back to a normal hockey schedule that should see everything moved up two weeks next year.
Cool. That’s a lot of money for billionaires. They sure work hard for it. For the rest of us, I guess we can take comfort in the fact that the league won’t be folding anytime soon, the salary cap should go up significantly at some point in the post escrow balanced world, and really not a lot else. It’s funny how the league always does so well financially when they are in the early part of the collective agreement and not actively negotiating with the players.
I’ve included Earl’s comments above on the fact that we’ll see normal salary cap increases because he captures the cap realities better than any of us with our simple wishful thinking that the Leafs can blank cheque Auston Matthews in a couple of years. There are still some big escrow related issues that need to be dealt with before we see the inevitable $100M salary cap.
That’s a tough one to deal with without NHLPA buy-in anyways, and with Fehr on his way out this summer, the NHL shouldn’t be overstepping too much when they might get an actual hardliner to deal with who will fight them on things. I’m kidding, the NHLPA won’t get a hardliner, they’ll get someone who will give up all their leverage for a chance for a few players to go to the next Olympics. (Damn I’m salty about this league.)
I mean, this is in no way true and I guess whatever is happening right now in Ottawa is no better or worse than it was before so it’s not an outright lie.
Personally, I can’t think of a worse time to hold the World Cup than in February, but as demonstrated by most of my comments above, I don’t have a lot I agree with the league on. You are going to coordinate a non-Olympic tournament with multiple leagues in the middle of their season, likely not share the revenue with them, and hold a hockey tournament just as teams are trying to prepare themselves for their playoff runs and concerned about injuries. None of this seems like it will go well.
The success of World Cups, Canada Cups, etc. is that they are held at a time in the summer when people are getting anxious for the return of hockey, so much that we often have people caring way too much about the preseason. Why not hold the tournament when there is a captive audience for meaningful hockey, not at a time when the tournament has the potential to punish club teams and not garner as much interest because we’ve already through four months of continuous hockey?
It feels like we are a season and a half away from the Leafs playoff run being cut short due to Auston Matthews getting slashed on the wrist while he’s playing for Team USA.
It’s nice to see that Rick Westhead was given a question to address a matter of importance, and despite the fact that it is highly unlikely that the NHL was not aware of what had happened prior to April, the fact that there will be some level of transparency from the league on their investigation is a step in the right direction, although one that is likely born of a fear of the findings being leaked.
This is a serious matter and with the NHL’s track record one they should be trying to get right.
More from TheLeafsNation.com