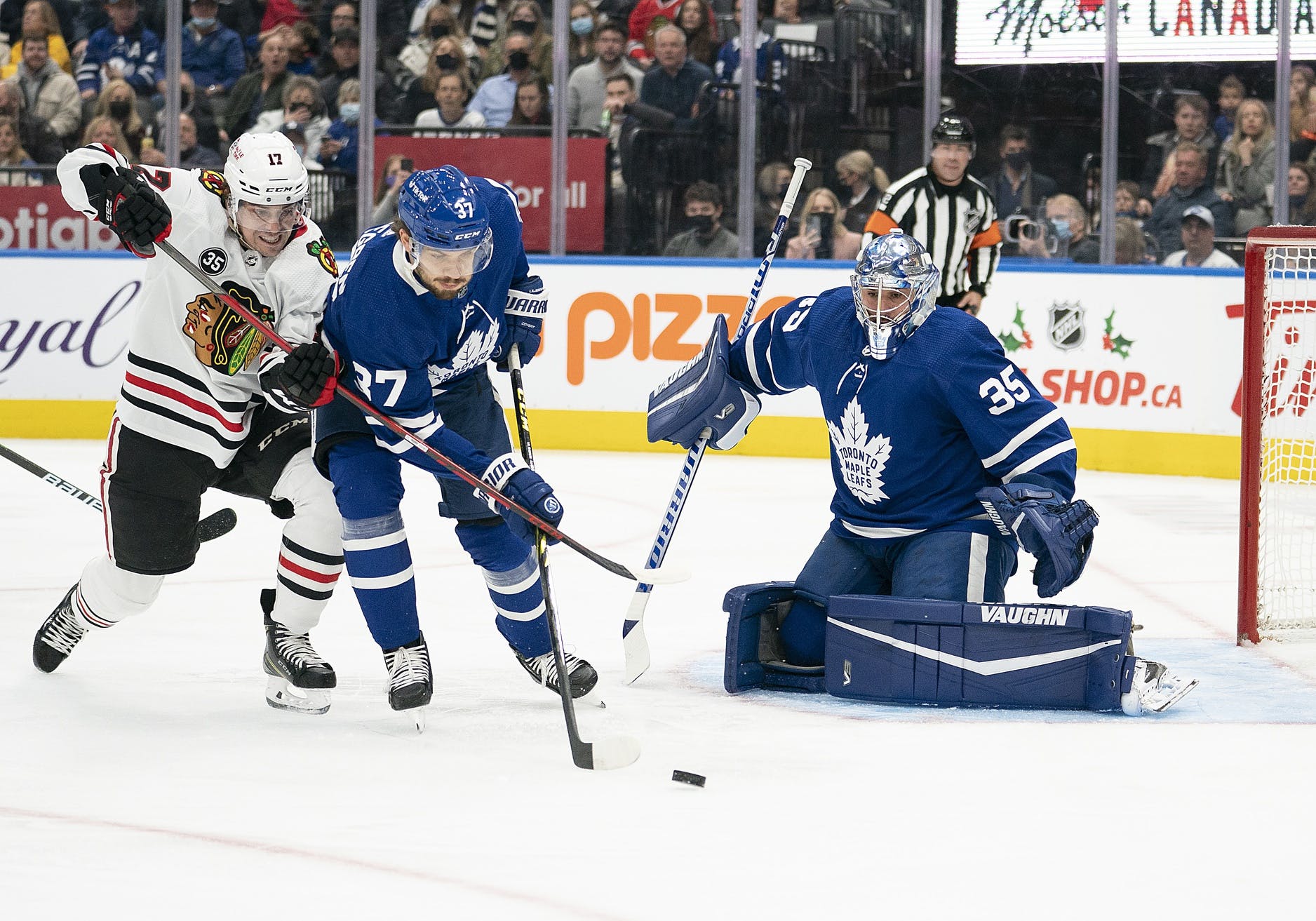 By Jon Steitzer
7 months ago
One of the things I like most about Kyle Dubas is that he approaches free agency. Last year he went all-in on Bunting’s upside and rolled the dice on a couple of free agents (Ondrej Kase and Nick Ritchie) that didn’t receive qualifying offers from their current team. To me, that’s a far better way to spend free agency than throwing money at a player exiting their prime. Instead, he’s paying young players for the players they are today knowing there could still be some untapped potential.
Elliotte Friedman’s radio hit on The Jeff Marek Show today brings people like me some joy.
The gist of it is that it is highly likely that there could be more restricted free agents than ever before that won’t be receiving qualifying offers. That’s exciting because there are definitely some good names out there.
The two main driving factors in players not receiving a qualifying offer are if they have arbitration rights. Arbitration rights mean that teams would essentially have to accept the arbitrator’s ruling up to $4.5M and in a lot of cases there is the potential for some overpayments. There are 46 arbitration eligible restricted free agents this offseason, including Pierre Engvall, Joseph Duszak and Ondrej Kase. It’s entirely possible the Leafs will be one of the teams forced to cut their losses with good players because of the leverage the player gets in arbitration and the impact it can have on their salary cap situation.
Some of the other interesting names that are worth noting are Kappo Kahkonen, Zack MacEwan, Mason Appleton, Jacob Middleton, Artturi Lehkonen, Alexandar Georgiev, and Rem Pitlick. Others like Patrik Laine, Kevin Fiala, and Andrew Mangiapane would likely have arbitration rulings about the threshold of the team being required to accept them.
The other factor is going to be RFAs with a higher qualifying offer associated with them, in particular, what was beyond their cap hit. This is the area that will likely produce the most noteworthy names in restricted free agents that could be becoming unrestricted.
I’ve established my appreciation of Miles Wood earlier this week and as such he’s a name that stands out to me. Given his injury history and his arbitration rights he’s very much a possibility to hit unrestricted free agency.
Brock Boeser is obviously the most interesting name here and his $7.5M qualifying offer likely exceeds what he’d get on the open market, but he is still unlikely to reach UFA status strictly because the Canucks need to find a way of either getting something done or move him to a team that is interested in paying his price.
Dylan Strome is an interesting option, and one that I think the qualifying offer is reasonable for. At the same time he is one that Elliotte Friedman singled out as a possibly and a team like the Leafs should certainly be interested in a capable center/winger option for their top six.
I’ll also highlight Ethan Bear because I love him, but I’m not sure if Toronto is the best landing spot for him or if he’s a player the Leafs particularly need to focus on bringing in.
Beyond that there are still some interesting names to consider.
Doubling back to the Leafs who are arbitration eligible, Engvall, Kase, and Duszak, it seems unlikely that Duszak receives an offer based on the relationship between the organization and himself.
I also have my doubts about Kase as the Leafs run the risk of a large range based on the 14 goals and 27 points Kase did manage in the 50 games he dressed for.
Engvall probably seems like he’s most worth the trouble as he was healthy, could play center, was a staple of the penalty kill, and despite playing 20 more games his numbers weren’t much higher than Kase’s. There is a risk with Engvall, but if they qualify any of the arbitration eligibles, it will be him.
As for the rest of the Leafs RFAs it seems fairly obvious that Sandin, Liljegren, and Rubins will receive offers, and it seems equally obvious that Toronto will move on from Chad Krys and Ian Scott as neither have been able to establish themselves in the organization.
There are some solid options for Kyle Dubas to pursue, and with the fact that RFAs turned UFAs usually don’t require a lot of term, it should be an excellent way to address the Leafs short term needs within their budget.
More from TheLeafsNation.com
POINTSBET IS LIVE IN ONTARIO