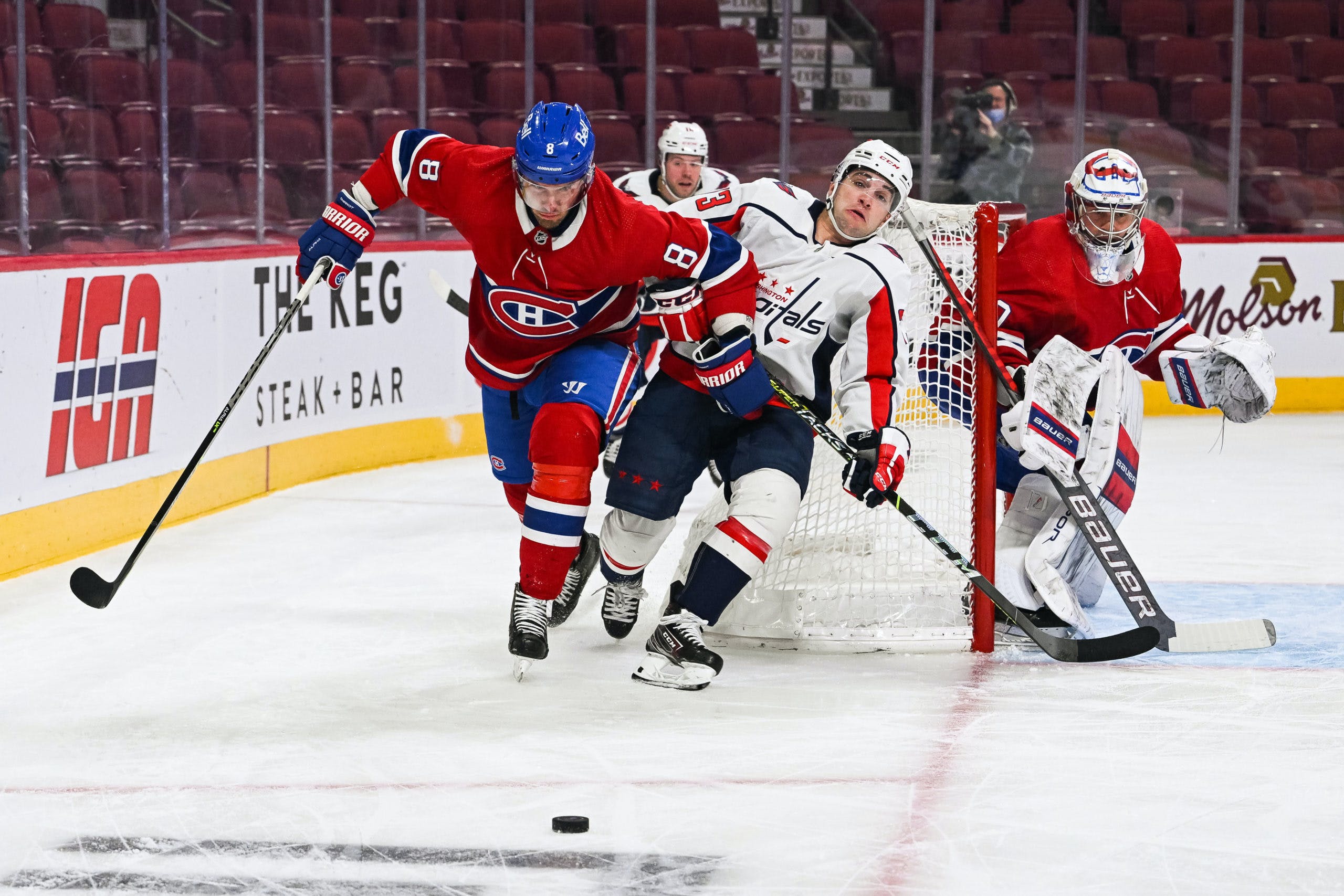 By Jon Steitzer
11 months ago
One of the things that always amazes me about the trade deadline is that people look at a team that is doing really well and come up with the worst type of player as the guy who can put them over the top? “You know what the Tampa Bay Lightning needs to build a dynasty?” “No, who?” “A young Doug Houda.” It’s painful to me and often ignores the idea that the team in question may have been successful all season long because they’ve actively avoided putting Kris Russell clones (or worse, the actual Kris Russell) in their lineup.
Still, it seems year after year people give into the cliched need for certain player archetypes, and the myth of the player who excels at playoff hockey is reborn. As a result, we spend the next couple of months living in fear that it will be our team’s GM who thinks that there is a magical switch that makes Ben Chiarot relevant again each May.
I’m not going to pretend that playoff hockey isn’t more intense and that the psychology of players change when there is finally something on the line, but it also seems like teams like the successful Bruins playoff teams of the past decade are prime examples that you’re better off coaching competitive traits into the players than hiring a mercenary with those perceived traits at the deadline. If for no other reason than that mercenary is…well…a mercenary. They have no loyalty to the group that has brought the team as far as they have, and the last 1/4 of the journey isn’t a big deal. Also that mercenary you brought in is going to be for hire again in the summer, and they damn well plan on being healthy enough to get paid, so question how much they’ll put on the line for you.
Anyways, here are the five player archetypes to avoid at the trade deadline (but you know your team is going to bring in anyway.)

If you’ve gotten so far that you are now looking to add players at the trade deadline, your team is likely gelling pretty darn good. Now might not be the time to bring in a veteran who is going to tell you what worked for him when his team won the cup seven years ago when he was a 12 minute a night bottom-six winger. It’s nice to have people to tell you what you need to do to win, try to establish good working habits, and be an ear for your concerns when you don’t feel comfortable going to the head coach. Those people should be assistant coaches, and not take up a roster spot. Having a wise old sage sit in the back of your locker room telling stories about their faded glory is possible as much a nuisance as it is an asset depending on the audience. Besides, in the Leafs situation, they already have Jake Muzzin for that.

Penalty killing specialist is generally a bottom-six forward or bottom pairing defenseman who has lucked into a system or has a goaltender that allowed them to have some really encouraging numbers. Being the player your coach isn’t concerned about when it comes to blocking shots isn’t a unique skill set, and after reaching the highest level of hockey being able to ice the puck shouldn’t have teams trying to add you to their roster. Still, some teams are going to be looking for this player, and to them I say, “can I interest you in penalty killing specialist Travis Dermott?”

Do you know who can get to fill this role and fill this role well? Basically, any AHL player who doesn’t see a clear path to the NHL. Just have a revolving door of energy guys who want to come up and make their make late in the season and in the playoffs and see who sticks. Last year it was Adam Brooks for the Leafs, famously in the 80s it was Chris Kontos, but the idea that you need to go out and find an Antoine Roussel, or someone equally underwhelming to play like someone who knows this could be their only game of NHL playoff glory is going to disappoint.

Maybe I’m reaching on this one, but I’m sure someone adds this. Anyways, think about how crazy it is that teams give up draft picks for a player like this instead of just pulling some bottom-six players aside during practice and running a few drills to see who doesn’t suck at it.

Stay at home defensemen should stay at home. No one should trade for them. That’s not a slight on defensemen that play physically. That’s not a slight on defensemen that make life in front of their net and in their corners miserable for the opposition’s forwards, it’s just that eventually one of these poor SOBs is eventually going to try and move the puck and that’s generally when disaster strikes. Or their stereotypical lack of footspeed ends up preventing them from being in position for the defending you rely on them to do. Or the best case scenario the puck does somehow manage to work its way into the offensive end of the rink, and your team is going to wind up playing basically a 4v5 because everyone in the rink knows the puck isn’t going to the stay at home defenseman in this situation.
While the defensive position is underappreciated in hockey, and defensive zone coverage done right is something that certainly helps win championships, the 3rd pairing defensemen from a draft lottery bound team is not your playoff salvation. Almost ever. Maybe you want to sign them in the offseason and rebuild them into a productive member of your blueline, but what you will most likely wind up with is damaged goods that will give you a month of obstruction penalties before your fanbase decides they never want to see this player again.
Not that any team needs to benefit from my wisdom, but I’ll continue to offer it up here anyway. You’re probably going to be best off trying to win games your way, not bringing in some strange outlier who fits with a commonly held belief but makes a mess of your lineup (Nick Ritchie, hello). Ramping up the intensity for the playoffs makes a ton of sense, but there aren’t specific archetypes of players that excel, and given that teams (like the Leafs) are about to burn through picks and prospects for a few weeks of mercenary hockey, maybe it’s best to find the players that mesh with Leafs hockey, not a cooked defenseman who doesn’t have much on his resume other than shutting down the Leafs last playoffs.
More from theleafsnation.com:
Uncategorized
Recent articles from Jon Steitzer