The Jets’ bus arrives in Toronto for the week 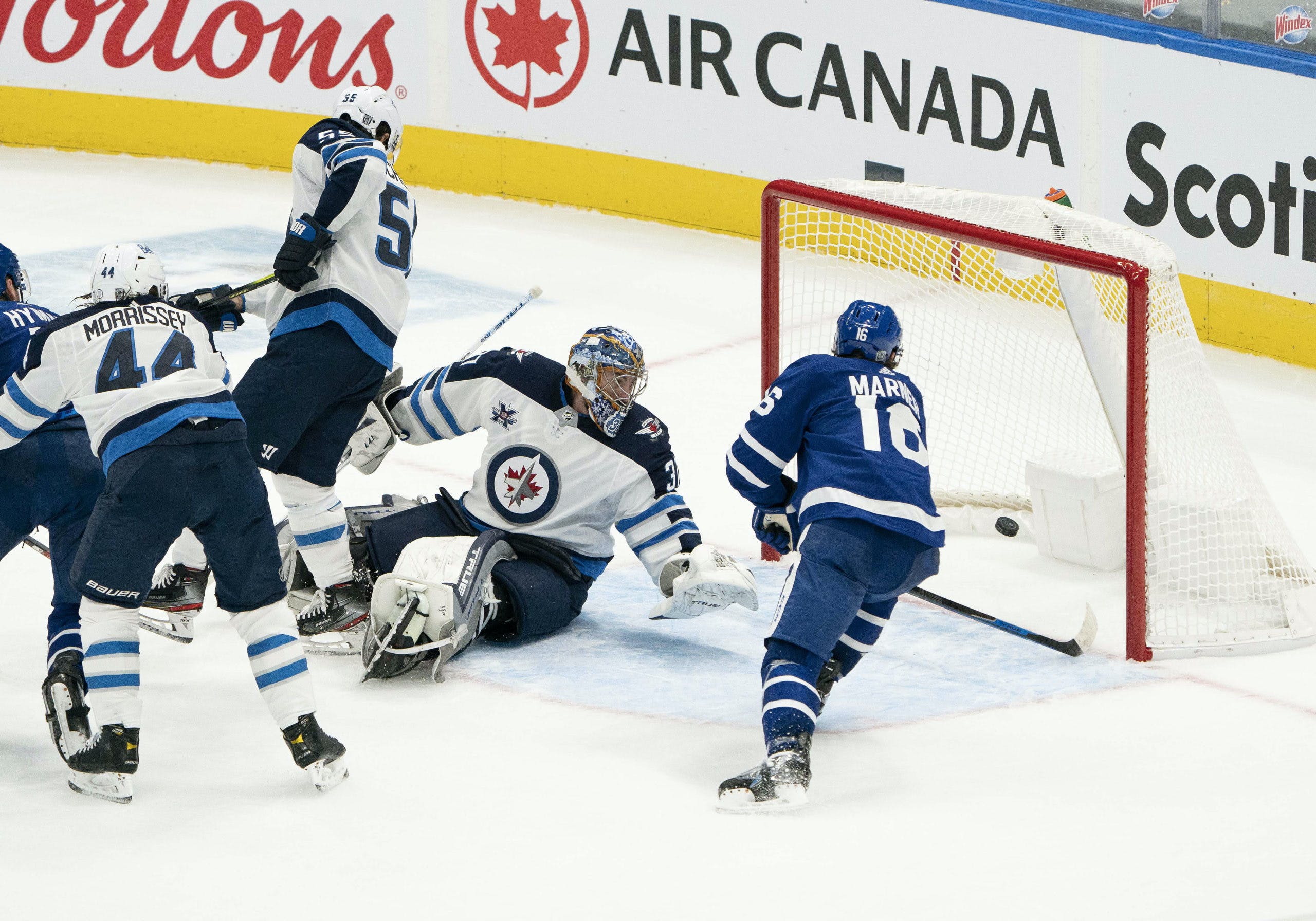 By Jon Steitzer
1 year ago
In a season that only features six different opponents, the Leafs find themselves facing a team that they haven’t seen since the fourth game of the season. That outing went quite well for the Leafs, and helped build some confidence on the roster that has carried Toronto pretty darn well through the first half of the season. Now here we are, closing out the final games of the first half this week exclusively against the Jets, and these teams will face each other six additional times after this week. Considering the Jets have moved into the second spot in the division (based on points percentage), this will make for some interesting hockey tonight.
The Jets are a different team than the last time the Leafs saw them in the sense that Pierre Luc Dubois is a very different player than Patrik Laine. Dubois was a big part of the challenges the Leafs faced against Columbus over the summer, and now they get to see him at the low point of their season, that’s right, the Leafs low point is having two regulation losses in a row. This is almost impossible to fathom when looking at the past 15 years of this franchise.
Still, the slide isn’t worth ignoring. The Leafs very much need to keep an eye on the status of Auston Matthews wrist, and after seeing their performance decline against Vancouver, Sheldon Keefe will need to assess whether the Hyman-Engvall-Mikheyev line is just a solid deterrent against the Oilers, or if it’s something he should go to as a regular part of his lineup.
With no changes following the Vancouver series, the Leafs are truly assessing whether this is their best lineup until Wayne Simmonds is ready to return.
Thanks to a solid year from Kyle Connor and the addition of PLD, the Jets have quite the intimidating looking top six forward group. The blueline is thankfully less intimidating, and secondary scoring is non-existent.

Leafs: It might be an uninspired selection but all eyes need to be on Auston Matthews and his wrist. If he is continuing to struggle and not find the back of the net, it might be best to put him on the shelf until he’s completely healed up and ready to go. First place isn’t worth having your star player dealing with a nagging injury come playoff time, and while I am most certainly not a doctor, nor do I have any idea of what the best course of action is for him to rehab his injury, the concern remains, and if he will be playing through it, the Leafs need to find a way of Auston still posing a threat even if its not in the form of an elite wrist shot.
Jets: Hellebucyk is again the obvious choice here, and after spending the weekend getting goalie’d by Thatcher Demko, the Leafs are going up against the uncontested best goaltender in the division, if not the league. If Hellebucyk is on his game, he can single handedly take down the Leafs, which might be the Jets last best hope against Toronto.

Frederik Andersen is the confirmed starter for the Leafs, and three of his last four outings have been pretty solid, even the last game I’m not entirely comfortable hanging the loss on him, but anytime you give up four, there has to be an acknowledgement that he could have been better.
The Jets starter is not yet confirmed, but you’d have to imagine it will be Connor Hellebucyk, despite his very rocky last outing that saw him pulled midway through the second period after giving up four goals to the Habs. It would be nice if Connor was still figuring stuff out, but history shows that goaltenders respond by having statement games against the Leafs, so I’m going to assume this will be a low scoring game. Have a book handy.
Coverage of the game tonight begins at 7:00pm ET and can be found on TSN 4. Be sure to check out Jets Nation for their side of the story.
Uncategorized
Recent articles from Jon Steitzer