The Leafs 2023-24 Cap Situation vs. trade targets with term 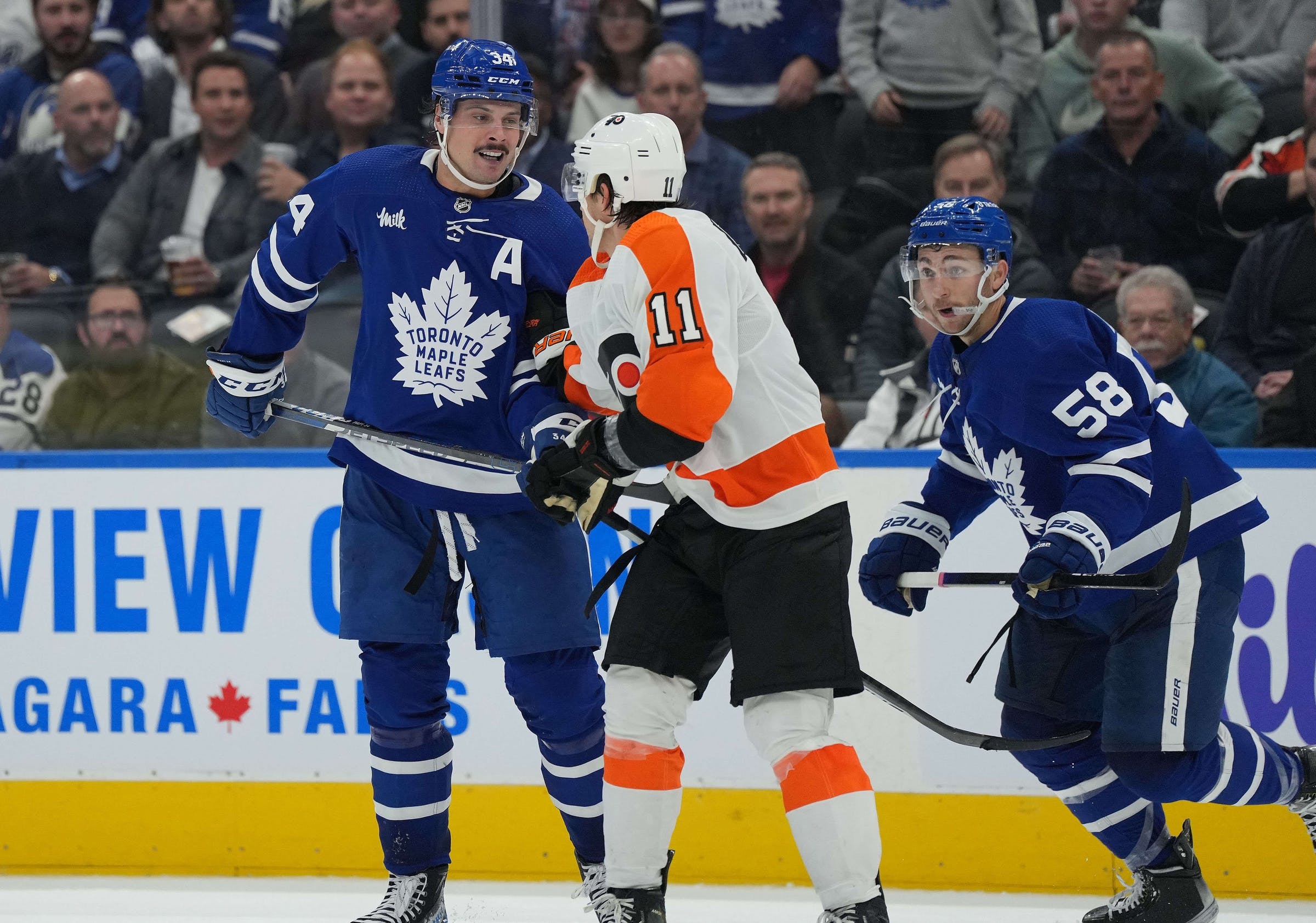 By Jon Steitzer
14 days ago
Looking at the Leafs cap situation for the rest of this season it is easy to determine how the trade deadline shakes out for the Leafs. If Muzzin doesn’t return the Leafs have the necessary space to add players, especially with salary retention. Trading Alex Kerfoot’s salary away (or Engvall’s or Holl’s for that matter, but Kerfoot’s is the priority for a couple of reasons) allows the Leafs to do something in addition to that Muzzin cap space or it becomes the alternative to it if Muzzin will be returning. The Leafs might not have a ton to work with, but they can be deadline players.
The biggest catch seems to be with the prices potentially being paid and the high value associated with a 2023 1st round pick, there is a desire to avoid rental players. Kyle Dubas has made it known that he prefers players with term, but the past couple of years have seen the Leafs primarily focus on expiring contracts and this year may be more of the same, especially given the Leafs cap situation going forward.
A quick look at the Leafs cap situation for 2023-24 shows that Toronto has $69.82M committed to Matthews, Marner, Nylander, Tavares, Robertson, Jarnkrok, Rielly, Brodie, Giordano, Sandin, Liljegren, Murray, and Muzzin. So 13 players out of the required roster of 20 or a maximum roster of 23. That number changes to $64.2M and 12 players if you are already planning for a team without Jake Muzzin. With a salary cap at $83.5M that gives the Leafs around $14M to address 7-10 players ($1.4M-$2M per opening) or without Muzzin it goes up to $19M ($1.72M-$2.71M per opening.) Neither of these are bad amounts considering there will be potentially cheap filler options like Bobby McMann and Alex Steeves available from the Marlies taking the bottom of the roster spots, and players like Conor Timmins and Pontus Holmberg won’t be too expensive to re-sign, but there is also the Bunting, Kampf, and Samsonov contracts to consider and even if things work out in a team-friendly way that’s $10M easily to three roster spots. There is also what the Leafs will do with Pierre Engvall and Justin Holl. They might not be your favourite players, but that doesn’t mean the coach and GM don’t want them back. Even with Muzzin gone the majority of the cap space would be eaten up by running it back.
That brings us to the two ways of looking at the Leafs situation. The first is to look at this and say the Leafs don’t have the opportunity to add much salary beyond this season. That certainly fits with the cautious approach warranted by the uncertainty about the Matthews and Nylander contracts, as well as the Marner contract the following year. Overspending on under contract trade targets could cut into the ability to retain the core four and no matter what the Leafs decide to do, there isn’t any reason to believe at least the core four forwards won’t be back even if drastic changes to the supporting cast happen around them. This certainly lends itself to the Leafs looking at rentals at the deadline and some cheap acquisitions to supplement the roster in the offseason.
The second is to embrace that the Leafs know changes are coming and not let that slow the Leafs down. Pick up manageable assets and realize the offseason allows for the necessary changes they want to make. The Leafs will likely make a decision on Murray and Samsonov and not retain both of them going into next season. Whether it’s selling Murray as a goaltender with just one year left on his deal or flipping Samsonov as an RFA who looks to be coming into their own and replacing them with a cheaper 1B option might make sense this summer.
The Leafs might get a first look at Nylander’s contract ask and decide he’s priced himself out of Toronto. The Leafs could decide that they want to go in a different direction personnel wise on their blueline. There are options, and those include flipping whomever they bring in that has term and attempting to recoup assets lost at the trade deadline.

The list of players potentially available from lottery bound teams becomes a lot more interesting if you look beyond the rental players. The Flyers having Travis Konecny and Ivan Provorov are two of the easiest examples to share. There is also Colton Parayko, who is often a target amongst Leafs fans that could warrant consideration if he’s made available. Not only is Jakob Chychrun an option on the Coyotes, but Nick Schmaltz is a potential option at center. Ryan Strome, Jake McCabe are a couple of other names of note, with Strome likely being had very cheap given his performance in Anaheim, and that’s before looking at RFAs who might become expensive like Troy Terry and Tanner Jeannot.
The idea of giving up assets for someone who isn’t just going to be a talented mercenary has a lot more appeal, but there is also something to be said for the flexibility of a rental.
If the Leafs go the rental route and fall in love with the idea of (let’s just say for example) Bo Horvat, that seems like a good situation to be in to have to find a way of making Bo Horvat work in their cap.
What makes the most sense is being open to anything. The best player or the best price might come via the rental market. The Leafs might also be comfortable with committing to someone with term and dealing with the fallout from that over the summer.
The Leafs have options, it’s just a matter of how much they want to complicate things with their core contracts and how much effort they want to commit to moving money and players around over the summer.
Editorials
Recent articles from Jon Steitzer