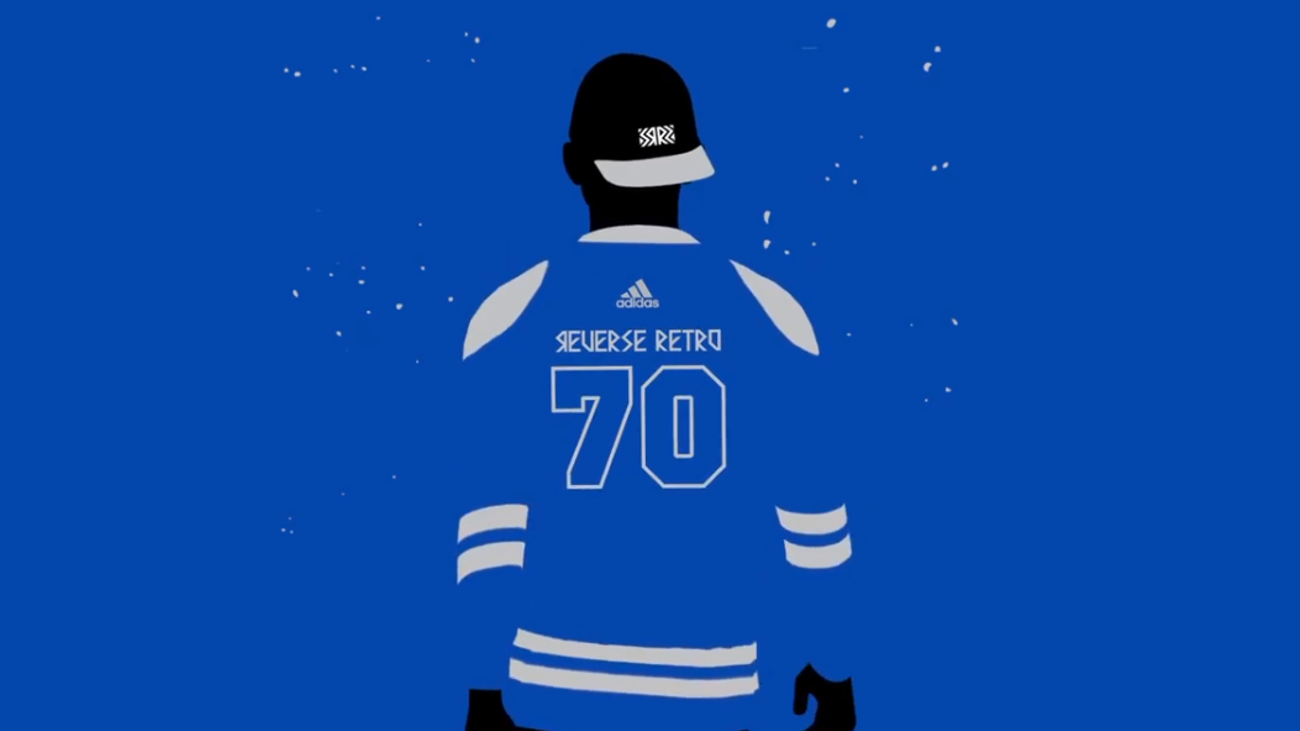 By Jon Steitzer
1 month ago
The final round of Adidas Reverse Retro jerseys will be coming out later this week, and while a number of them have been leaked in some capacity, we’re going to see both the speculation and the accuracy of the speculation spike in the final days before their release.
And while we don’t have Justin Bieber and Martha Stewart to model this Leafs jersey for us (yet), the internet is full of capable graphic designers who can produce accurate copies based on what has been said…
In many ways the jersey above is the tried, tested, and true alternate the Leafs wore during some of their worst seasons. It would be nice to see a competent team sport this design.
The “TML” shoulder patches leave a lot to be desired for me, as I hated that alternate logo with the fire of 1000 suns, and for years have been begging for a splash of green on the shoulders with a St. Pat’s shamrock. Alas, I will continue waiting for something that will never come.
The information is that it will be a white based jersey with elements of the 2007 design, and that strongly leads to the shoulder yoke element remaining as it was what made the jersey standout.
The “breaking the rules” element certainly leaves things wide open and it’s entirely possible we’ll be handed a white jersey with a shoulder yoke that includes a different throwback Leaf logo. Honestly this time I think people will just be happy to lose the grey of the last reverse retro.
In general, I think people would very much get behind bringing back this classic even it feels entirely retro and not like it’s reversing anything. As for me, those shoulder patches are a deal breaker and one thing I’d like to see removed from the final version.
You can check out more of the reverse retro predictions from Ali Murji and Orion Taylor here
News
Recent articles from Jon Steitzer