The Leafs don’t appear to be one of the teams in on Jake DeBrusk, but should they be? 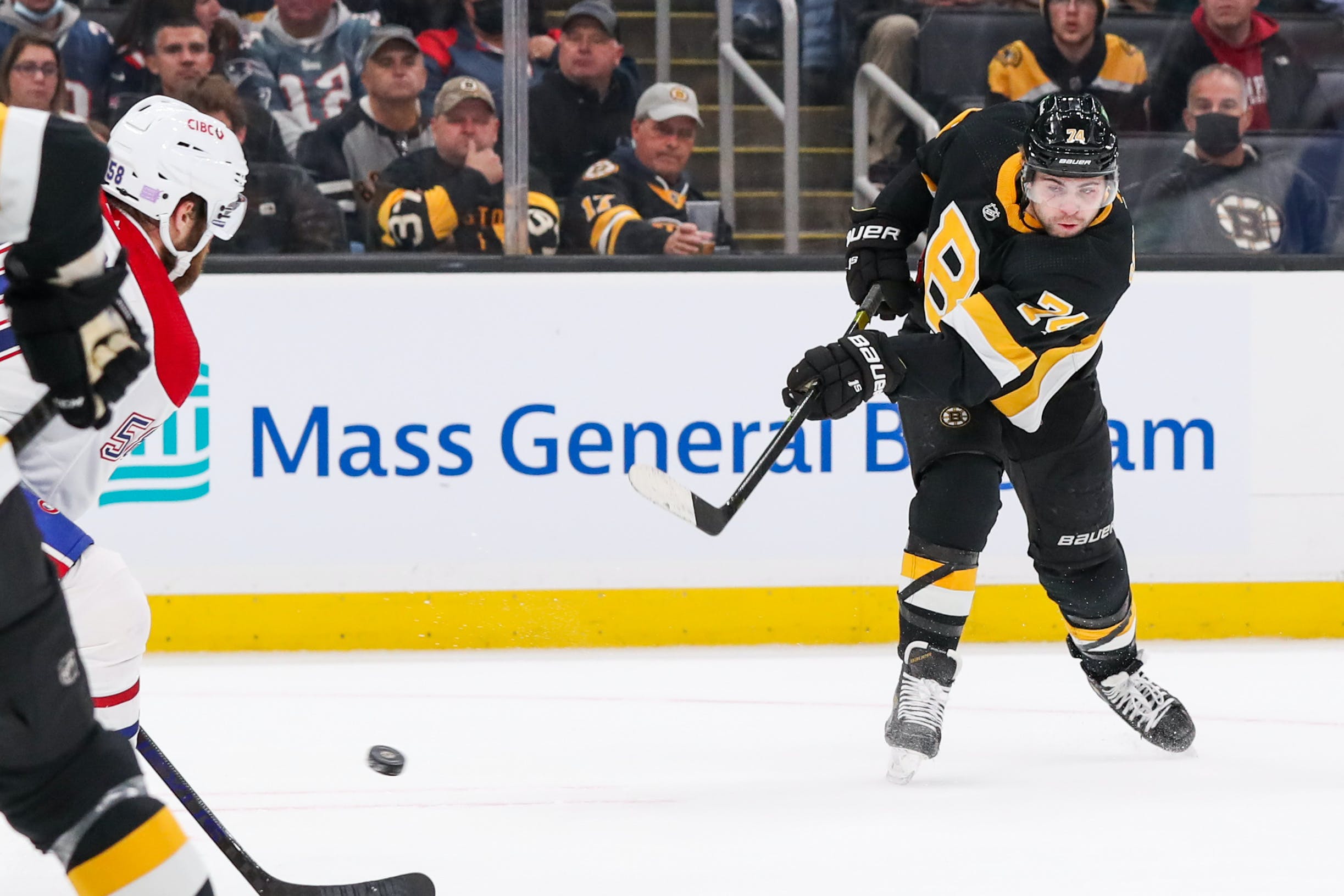 By Jon Steitzer
1 year ago
I’ve gone into this before. I want to believe the Leafs can fix anyone. Bring me all the reclamation projects, especially one with the speed and agitating play of Jake DeBrusk.
Of course we all remember DeBrusk as the reason that the Leafs don’t have Nazem Kadri anymore. Between DeBrusk’s knee on Kadri, followed up with his boarding of Marleau leading to Kadri’s retaliatory crosscheck, Jake DeBrusk likely established himself as a player permanently hated by a number of Leafs fans. On the other side of the coin, he got the job done and removed an impact player from a close series.
Interestingly enough, the series that made DeBrusk an enemy of Toronto was also around the time that his game began to slip.
DeBrusk as been on a steady downward trajectory from his rookie season, that likely puts him in a situation where those early results aren’t going to be an expectation of him. His shooting percentage isn’t likely to return to the teens, but if his goal totals do, that’s probably all that can be reasonably asked of him. Last year was a disaster offensively, and this year DeBrusk isn’t being put in much of a situation that will allow him to rebound from it. His trade request seems somewhat founded, but the criticism of him not meeting the Bruins needs seems to be equally founded, as he has relied on choice offensive situations to drive his results.
Looking at DeBrusk’s edge, we can see that last season DeBrusk attempted to make up for his lack of production by playing a tougher game. I’m not sure it did much other than give the Bruins a reason to keep him in the lineup. This year he’s reduced his physical play again, but has been drawing penalties, and when looking at this from a Leafs perspective, there is a definite need to get more powerplay opportunities.

Comparing DeBrusk’s RAPM charts it’s clear to see how steep the hill is that he’s fallen off in the past couple of years, but there’s also a lot of reason to hope that he can rebound from it. As a 25 year old pending RFA, there’s still a lot of time to get the most out of Jake, but admittedly his $3.675M price tag for this season is steep if the Bruins aren’t willing to accomodate teams interested in acquiring DeBrusk. The Leafs would certainly need some salary eaten, or need to send out someone (read: maybe they want to give Nick Ritchie another chance) to make it work.
That brings us around to the idea of if a trade could happen and the answer is probably not. The rumour is that upwards of 12 teams have inquired about DeBrusk, and while Darren Dreger has reported interest from the Rangers, Blues, Canadiens, Canucks, and Flames, and the Oilers always have the familial connection to DeBrusk, the Leafs were not one of the teams cited.
There might be a feeling that DeBrusk might not go over well in Toronto, that he’s too expensive to roll the dice on, the Leafs have enough of what they’d want from DeBrusk in Bunting or that it’s not worth dealing in the division over. I can appreciate the cost perspective, but beyond that, I don’t put much stock in the other reasoning. Both the Leafs and Bruins haven’t hesitated in the past to make trades within the division, and that wouldn’t create a barrier. What likely does create a barrier is that with that amount of interest in DeBrusk it seems that someone is going to overpay, which kinda bums me out thinking that things will work out well for the Bruins.
There’s also the small matter of what the Bruins are looking for as a return, and given that the Bruins presently sit in a wild card spot based off of points percentage, they probably aren’t throwing in the towel on the season and looking for futures. Dealing from the roster would be interesting to say the least.
Still, DeBrusk is a very interesting player, and one that could fit in well with what has been working for the Leafs this season. He’s a solid top six LW option, which the Leafs need to consider, but in reality there are too many hurdles to bring him in. Perhaps I should continue putting my eggs in the Dylan Strome basket instead.
Data from Natural Stat Trick and Evolving Hockey
Uncategorized
Recent articles from Jon Steitzer