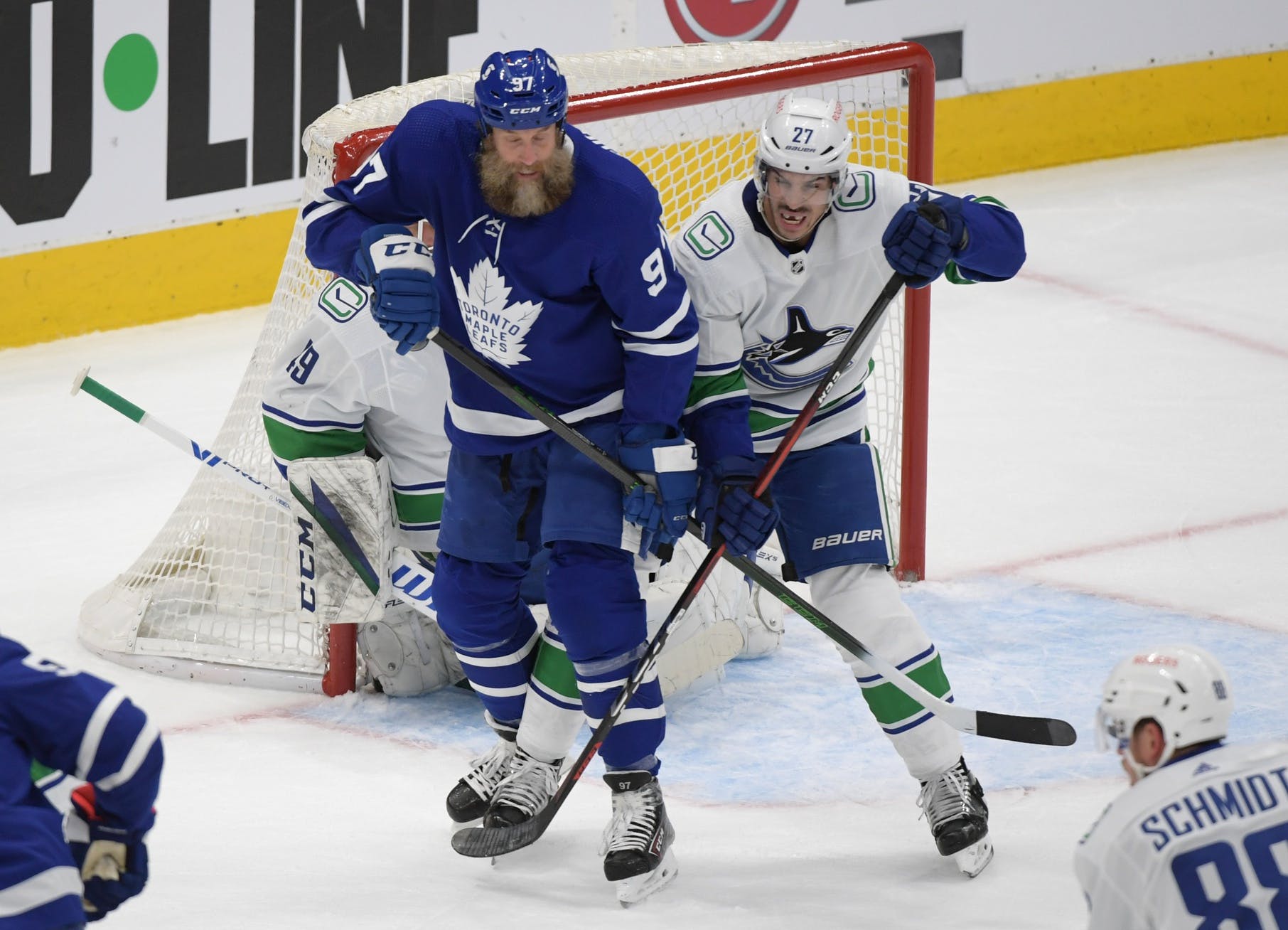 By Michael Mazzei
1 year ago
Now that the Leafs have secured their spot in the 2021 Playoffs, the attention now turns towards locking up the North Division to have home-ice advantage through the first two rounds at minimum. With their victory against the Canucks and the Oilers dropping their game to the Flames, Toronto’s magic number to clinch their first division title since 2000 is down to eight and that number has a chance to drop even further should things go well.
This time around will see all four of the players who sat out on Thursday night make their return to the lineup. Although Toronto is going to ice all of their best available players for this contest, this likely won’t be the last time a number of key players sit out during the final five regular-season games in accordance with load management. On the power play, @Alexander Kerfoot will replace @Alex Galchenyuk on the second unit in a likely attempt to get the latter back on track since his offensive production has stalled in recent weeks.
Vancouver enters this game with their team going through a 1-4-0 slide that has taken a hit to their already low chances of sneaking into the playoffs. Despite having an edge in games remaining on their opponents (11 contests left after this one), the Canucks have little room for error so you can expect a hungry and motivated team looking to bounce back from two regulation losses on consecutive nights. Toronto has been the better team in all three of their previous matchups but only once did they get the bounces to go their way.
All of which is to say this has the makings of an entertaining game on prime time.

Despite a mostly stellar performance from @David Rittich on Thursday that secured his first win as a Leaf, going back to Campbell is the right call. He has bounced back well after a three-game stretch of shaky play that resulted in his first three losses of the season and is now regaining his confidence at the perfect time. The only team that Campbell has yet to beat this season is the Canucks so I imagine that is a motivating factor heading into this game.

On the flip side, the Canucks are looking for any of their goalies to provide a spark that will get them out of their five-game slump. Demko has had success against the Leafs with two convincing wins in his previous two starts against them. In those two games back in March, he stopped 68 of 71 shots against and played like the goalie that propelled his team to Game 7 of the second round against the Golden Knights a season ago. And he is looking to get back in the win column for the first time since March 19th, so there’s that.
The puck drop for tonight’s game is scheduled for 7 p.m. EST. You can catch the action on CBC and Sportsnet.
Uncategorized
Recent articles from Michael Mazzei