The lessons to learn from watching the Stanley Cup Finals 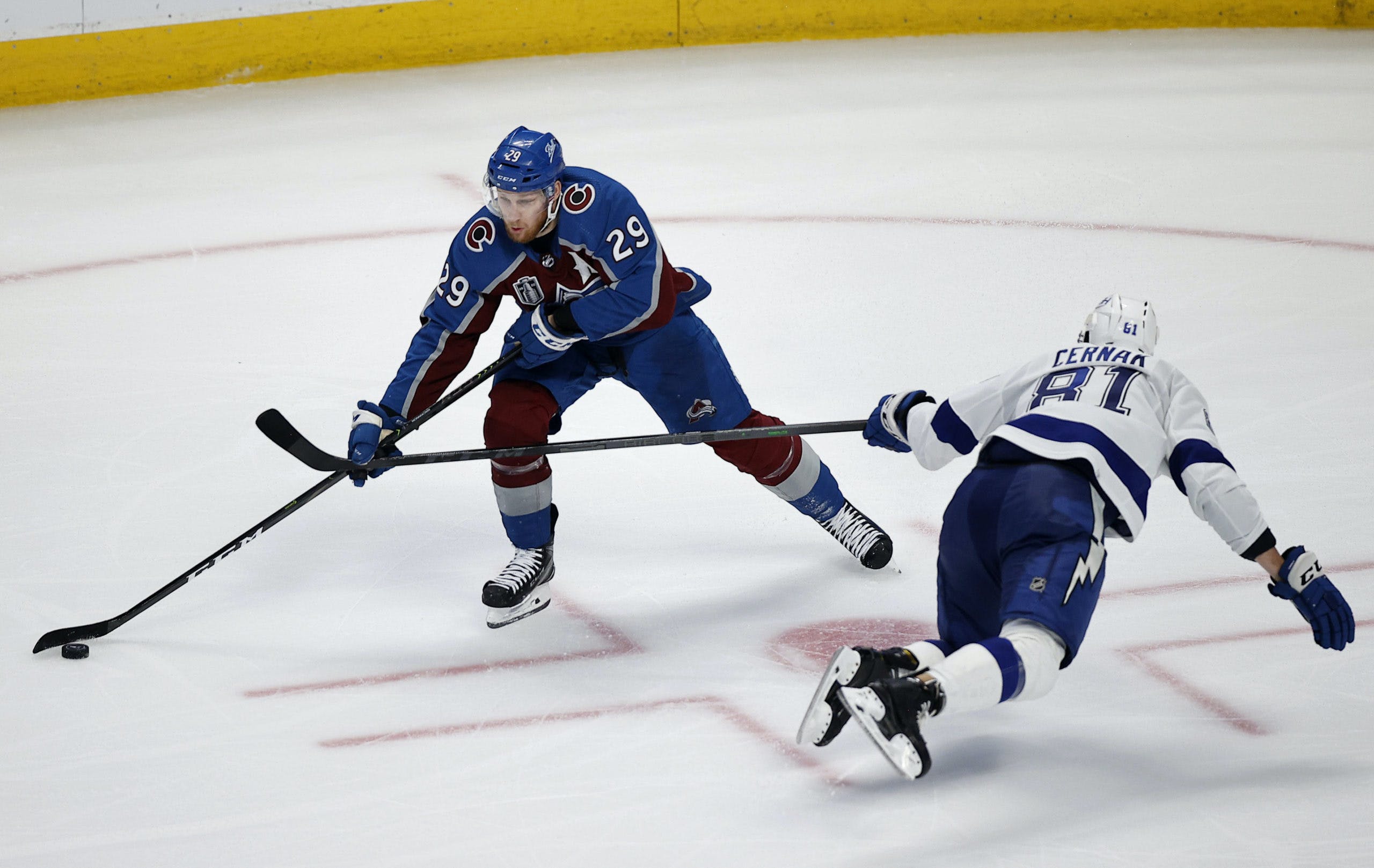 By Jon Steitzer
5 months ago
As we sit here watching another Stanley Cup final wondering why not the Leafs, or how the Leafs could be faring against the Avalanche, it feels necessary to splash a little cold water on the situation and explore the idea that there might be something that the Leafs can learn from the Lightning and Avalanche (beyond be located in a warm, low income tax state where the players don’t function in a pressure cooker and are allowed to have lives away from the rink. Also lock in Nathan MacKinnon cheap is a good lesson too.)
The exact question was: “What lesson do you want the Leafs to learn from the Lightning and Avs?”

Depth scoring matters. Yes, it’s important that Auston Matthews, Mitch Marner, John Tavares, and William Nylander are scoring, but other players need to chip in too. When I look at Tampa right now, Nick Paul is doing wonders and I believe Toronto is one piece like that away from being a tough team to beat.
You put that together with strong goaltending and great defence like they had and it’s a recipe for a long run in the playoffs.

Just to be snarky, I want to say that the lesson to learn from the Lightning is that if you complain loud enough, you can get a penalty call out of nothing (take your pick of examples)
To be serious now, I think the lesson to be learned is that the Leafs are on the right track, they were a single bounce away from eliminating the Eastern Conference champions, no other team Tampa faced came close to that.

The biggest lesson the Leafs could learn from Tampa is to close out a series you need goaltending and defence to shine. The Leafs played a strong game seven but Vasilevskiy was the best player on the ice. On top of that the Lightning blocked 26 shots. That was the difference in the Leafs/Lightning series.
As for the Avalanche, just watch how they attack pucks. They are relentless on the forecheck from the second the puck is dropped. They utilize their speed without the puck better than any team in the league. Their opponents have almost no time to breakout and it will inevitably lead to turnovers and high danger scoring chances.

On the surface it looks like the Lightning and Avalanche support that the Leafs are built the right way and it’s just a matter of staying the course. I don’t think this is completely wrong, but that’s a free pass for the Leafs. There are changes that can be made.
Both the Lightning and Avalanche have taken their goaltending situations a lot more seriously than Toronto and both teams have been a lot more relentless in finding upgrades over the past few seasons.
The biggest thing that stands out is that neither team will allow themselves to be boxed out the way the Leafs do. Toronto has taken strides in being a harder team to play against, but when Tampa decided that their priority was to keep Toronto out of the high danger areas of the ice, the Leafs were reduced to a Game Seven of lower percentage shots and Toronto failed to move the puck fast enough to compensate. Certainly with the Avs this isn’t an issue for them, and while the Lightning forwards aren’t as imposing, the depth throughout the lineup that can produce offensive has kept them going up until running into Colorado.
A big part of that difference comes from coaching and both Bednar and Cooper are a couple of the best in the game.
Let us know your thoughts. Is there anything to learn from the Lightning or Avalanche or is it best to just do your own thing your own way and trust you’ll get there?
More from TheLeafsNation.com