The Lyubushkin eye test, and what he can bring to the Leafs 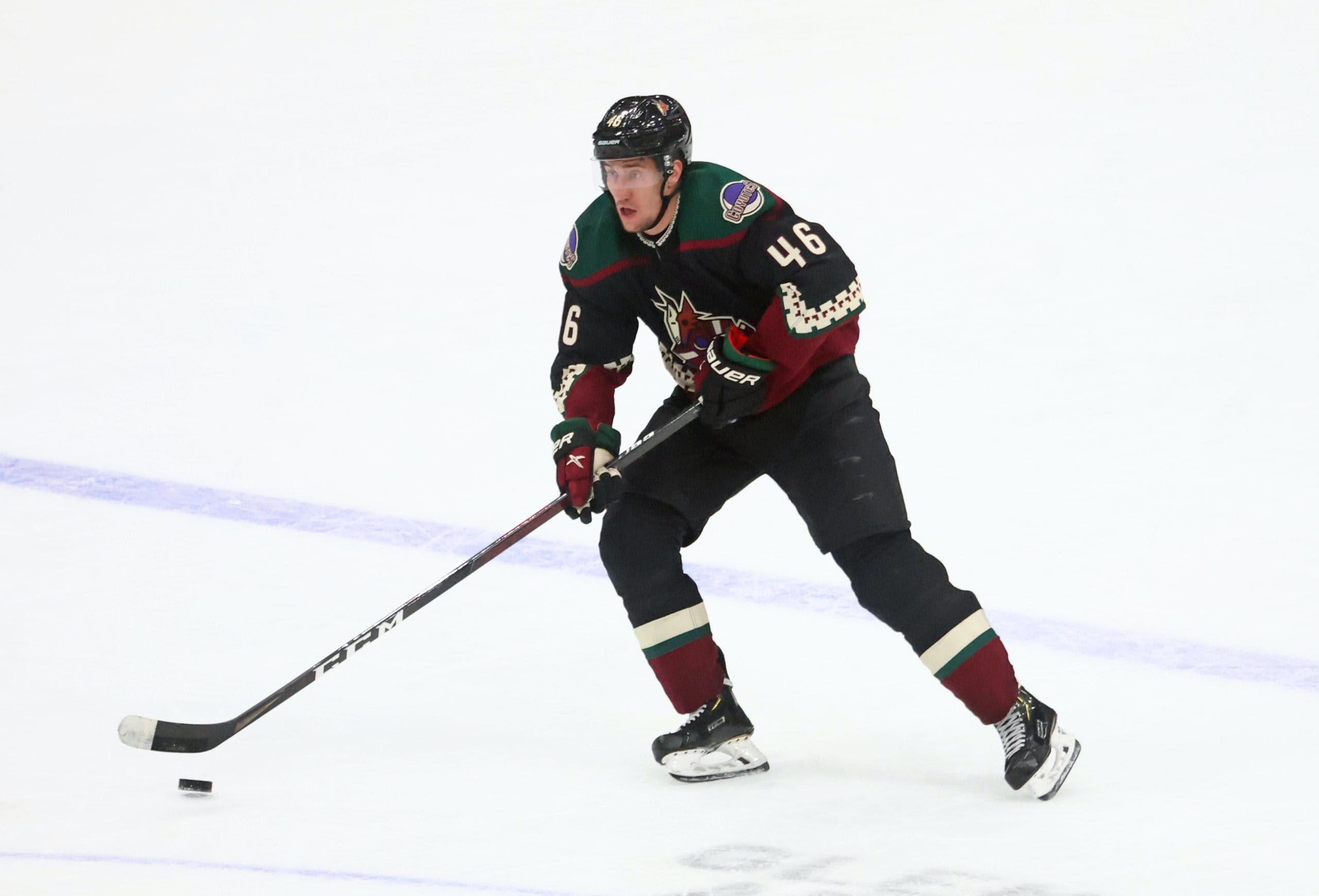 By Jon Steitzer
9 months ago
POWERED BY INSTAT
The acquisition of Ilya Lyubushkin seemed like a good safety net move for the Leafs. Someone they could count on when things started looking bleak. In true Leafs’ fashion, it managed to get bleak before Lyubushkin even received his Canadian work visa and a would-be third-pairing defenseman is now likely holding down the fort on the second pairing.
It’s in the spirit of the trial by fire that I decided to take a look at some video of how Lyubushkin played while with the Coyotes. I’ve looked at his numbers, and know he’s a low-event player. I know he likes to hit and he’ll even punch faces when he has to, and the fact that he’s received the blessing from Michael Bunting as a good guy to bring in, it seems like the Leafs made the right choice, but let’s take a quick look at how he defends.
Watching Lyubushkin play on the penalty kill there is already a lot of hope that he can bring some of what he does in 4v5 situations to 5v5 situations. This seems like Lyubushkin is very good at staying aware of not only the primary threat in the high danger area of ice, but who may be entering it, and he cheats towards them to keep himself positionally sound.
Lyubushkin also doesn’t make life easy for players taking up that real estate and that’s something that has been lacking from the Leafs’ lineup, but even when he’s doing that, it looks like he doesn’t overcommit and tracks the play effectively.
He’s not pulled away from his assignment and stays where his skill set is best utilized. Putting Lyubushkin on the ice with someone like Sandin or Rielly at 5v5 might allow for the Leafs to maintain strong net protection while having a more mobile defender attack the puck.
When it comes to puck battles, Lyubushkin might be a revelation for the Leafs. Again he seems very aware of the play going on around him and has the strength to either put himself between his opponent and the puck or will simply make his opponent pay for getting there first.
With Muzzin out, the role of defensive muscle essentially falls on Lyubushkin, and a case can be made that the Leafs might need even more help in this area, as long as it includes this sound decision-making.
There’s no denying that Lyubushkin’s hitting is going to be a big part of what sells Leafs fans on him. The interesting thing when looking at the hitting reel on Lyubushkin is that it’s largely littered with Ilya taking the hit and then making the play anyway. It’s also interesting to see that Lyubushkin often doesn’t hit to punish, he hits to break up the play, and while there are a couple of hard hits you’ll see in the clips above, most of them are of Ilya breaking up the play and repositioning himself quickly. There is a certain sensibility to his game that the Leafs’ previous heavy hitters like Polak, Schenn, Aulie, and others lacked.

There’s a reason why Ilya Lyubushkin isn’t up for the Norris, and the Coyotes aren’t at the top of the standings. There are flaws and inconsistencies in his game. Puck movement will be a concern, and while Lyubushkin doesn’t rush or panic, he takes his time to a fault and gives opponents a chance to see where the play is going. Like a lot of defensemen, Lyubushkin doesn’t always have the best read on odd-man rushes, bites on skill moves, and doesn’t always have the speed to recover. These things are certainly forgivable when playing sheltered minutes, but if Ilya is to see time in the top four there may be some concerns.

It’s interesting to see that Lyubushkin hasn’t been sheltered in Arizona, and perhaps that will help him adjust to his current assignment on the Leafs quickly. While the results haven’t been stellar, he has isn’t being thrown into the deep end any more than he already was.

Having written most of this before Tuesday’s game against Columbus, I had no idea of what the first impressions of Lyubushkin be, that he’d be paired with Sandin and that he’d largely look as good as he did, but we’d end up hanging a goal on him as well to some extent. I will say that we need to give him an adjustment window, and the right fit needs to be found for him. The Leafs acting early on bringing in a defenseman made a ton of sense as it should give him enough time to find his proper place in the Leafs’ lineup.
Data from INSTAT and Puck IQ
More from theleafsnation.com
Uncategorized
Recent articles from Jon Steitzer