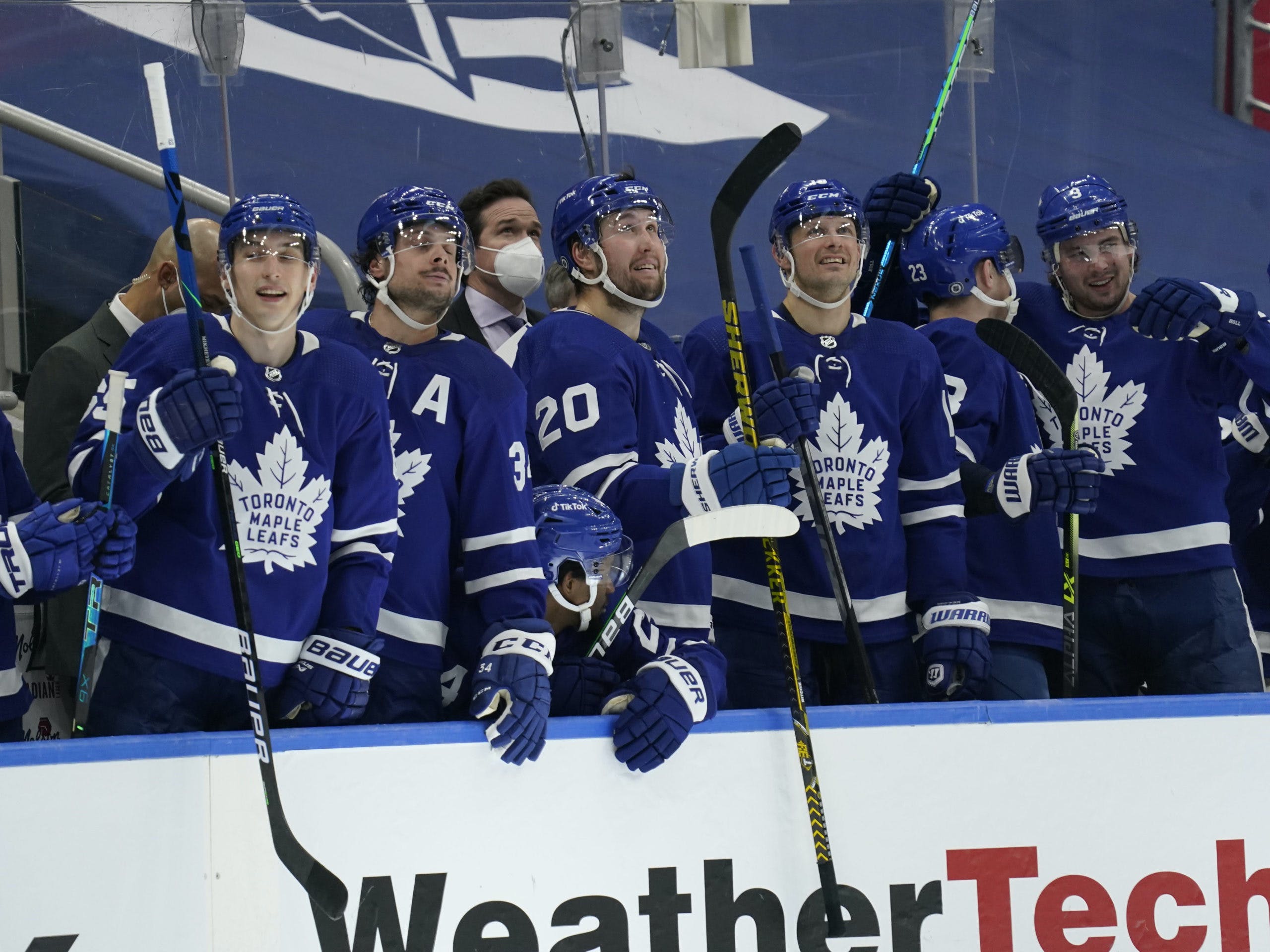 By Jon Steitzer
10 months ago
It’s an absolute stretch to say that how a team performs over a seven game stretch is going to equate to playoff success. At no point are teams facing the same team for extended period, teams aren’t putting in the video research that they do for a playoff series, and it’s rare that teams are making roster decisions based on their opponent. Still, if you are looking for some encouraging numbers, here’s the Leafs rolling seven game record throughout the season so far…

If it wasn’t clear, the seven game sample is chosen because of best of seven series, and the hope is that over any seven game stretch your team is able to take at minimum 4 out of 7 games. The Leafs have been doing that aside from their miserable start. The fact that the Leafs overachieved for much of the season and are now just starting to near that warning sign area of losing more than they’ve won.
In contrast, here are both their 10 game rolling goal differentials and shot differentials.

Both also support the Leafs dominance throughout most of the season, with a recent decline, but the goal differential shows the Leafs tendency to trip over themselves a bit more and face the unfortunate wrath of the hockey gods.
Of course when it comes to playoff success it will also matter a little about who they face, and again, the Leafs generally have reasons for optimism about their opponents, although not much can really be taken away from opponents faced once, or really any of this really.
Still, the Leafs having their struggles against the Rangers and Hurricanes are notable, as is their split with Tampa Bay. The complete lack of Florida games will make for an interesting second half of the season where we’ll get a lot better understanding there.
Of course, it’s important to note the Leafs did pretty darn well against the Canadiens last year, and that didn’t go well. Toronto was 7-2-1 against the Habs, and that didn’t carry much weight once Leafs injuries hit, and the Habs could tailor their game to the Leafs.
The previous year the Leafs were 1-0-1 against the Blue Jackets, which probably tells you about as much as you’d expect it would.
The year before Toronto had a 1-3-0 record against the Bruins, and well…yeah, that did play out as expected, though you could make a case that Toronto stayed in it before than the regular season would have shown they could.
So basically it’s still all some stuff to look at and not really a the best predictor of what the future holds for the Leafs, just that they are very good team that should do better in the playoffs than they’ve been doing. The predictor is in the deep dive into how those games were played and won, but for now we’ll enjoy the fact that the Leafs could be dominant enough for the second round of the playoffs as long as their opponent’s outputs are as inconsistent as what you see in a regular season schedule.
Data sourced from Evolving Hockey and Hockey Reference
Uncategorized
Recent articles from Jon Steitzer