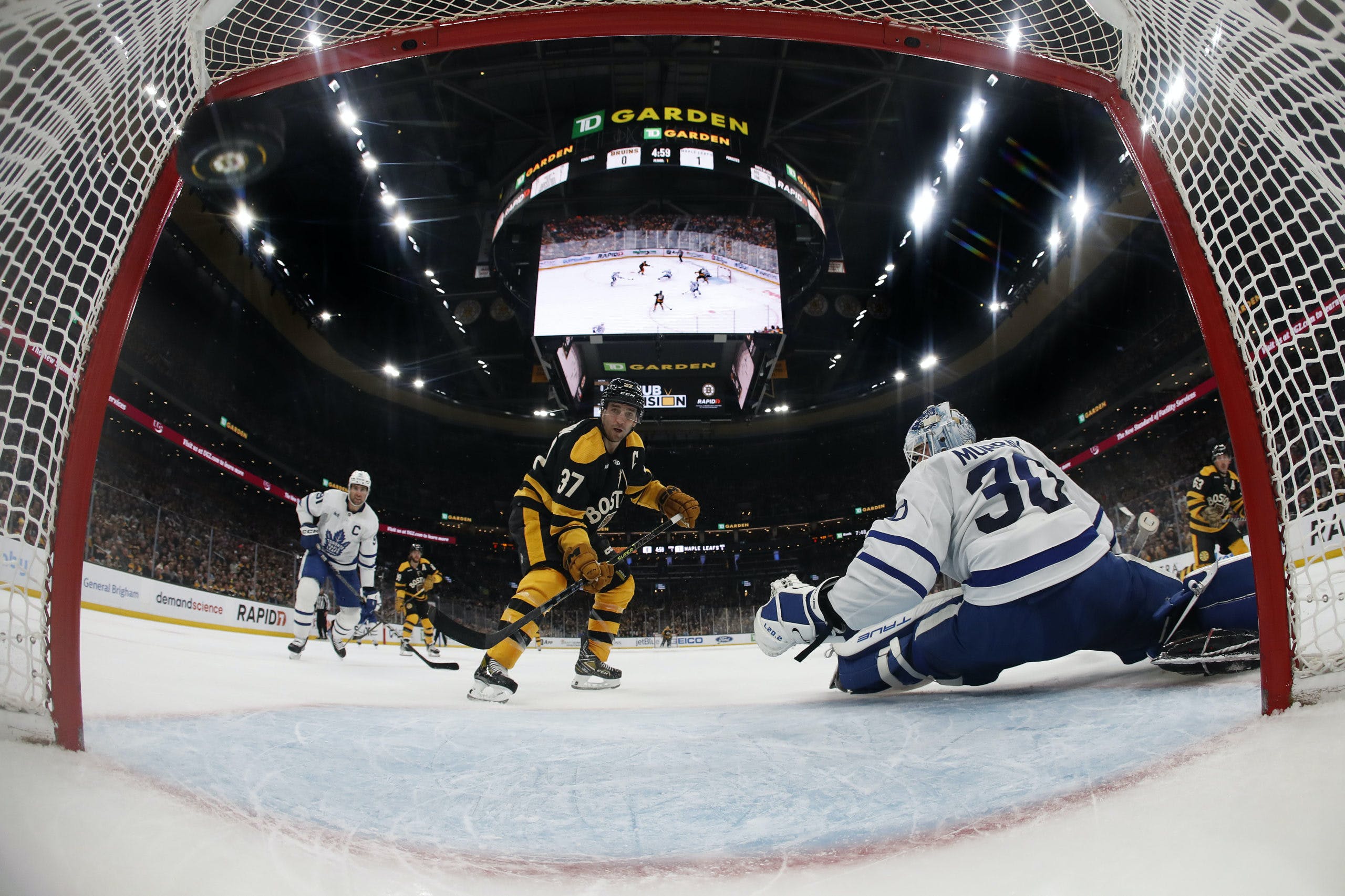 By Jon Steitzer
16 days ago
The last thing anyone wants to do on their Sunday is spending time talking about how good the Bruins are and how the Leafs came up short on a Saturday night, so let’s just get through this together and enjoy a lazy Sunday afternoon.

While the Bruins took advantage in the first, Toronto did a better job of keeping pace than the shot clock indicated.  The Leafs were lucky the first ended 1-1, but at the same time they did show that it’s less about Ullmark being invincible in net and more about the Bruins being very strong positionally in their own end. The Leafs didn’t get their usual shooting lanes, and to say the middle of the ice was clogged is an understatement.
To the credit of the Leafs, they did a better job of getting that space back from time to time and it wasn’t a complete absence from the middle of the ice, it was also a lack of rebound opportunities and continuous pressure that normally turns into a difference maker for them. The Bruins weren’t having the Leafs cycle, something that Conor Timmins realized when he gifted a goal to Pastrnak.
When it came to the Leafs play, it’s safe to say that Timmins and Rielly are a pairing that struggled. It also seems unlikely we’ll ever see them play together again outside of a second powerplay unit setting. It’s a bit too much of the same, two strong offensive players who need a partner capable of sheltering them. I’m not sure there was a good option to pair with Rielly, but Holl was the safe choice, even if Liljegren might be deserving of a look as well.
As for Timmins, Saturday night as well as the game against Nashville are reminders that for now Timmins is an absolute dream find for a third pairing, but moving him up the lineup is premature. With Brodie potentially back as early as the next game, it’s likely Timmins sits a bit this week as Keefe figures out what works best. Some of us will also be coming to terms with the fact that adding to the Leafs blueline at the deadline still makes sense.
On the forward side of things, it seems that the Matthews-Marner reunion was a welcome one, but it came with some drop off in play from William Nylander. I wouldn’t doubt that Marner gets more of a look with Auston again, but wonder if Toronto will take advantage of their situation and try Nylander at center a bit more in a 3C situation possibly with Engvall and Jarnkrok.
Rasmus Sandin had another strong game and he might be the one Leaf who really enjoys playing in front of his Dad.
Finally, we’ll take a look at Matt Murray’s night. We’ll give him a pass on the Pastrnak 2 on 1 as that’s not something most goalies in the league can stop, but the third goal was deflating and it goes without saying it was completely stoppable. Still, Murray had an .882 save percentage on the night, which while being sub .900 is not a cause for a referendum on goaltending. 10 of the 34 shots were high danger shots and he stopped 9 of those, and that is a strong performance. The expected goals against him were 3.18, so there was room for improvement (read: stopping that 3rd goal.)
If we are taking anything good away from the night it’s that the Bergeron line wasn’t unstoppable. The Leafs matched them fairly evenly, they weren’t fully contained but they did get Bergeron to a sub 50% xG% and that’s something.
The Leafs will be back at it Tuesday night against the struggling Panthers, which seems good but if you look up the definition of a trap game it’s Leafs playing Florida on a Tuesday night.
Editorials
Recent articles from Jon Steitzer