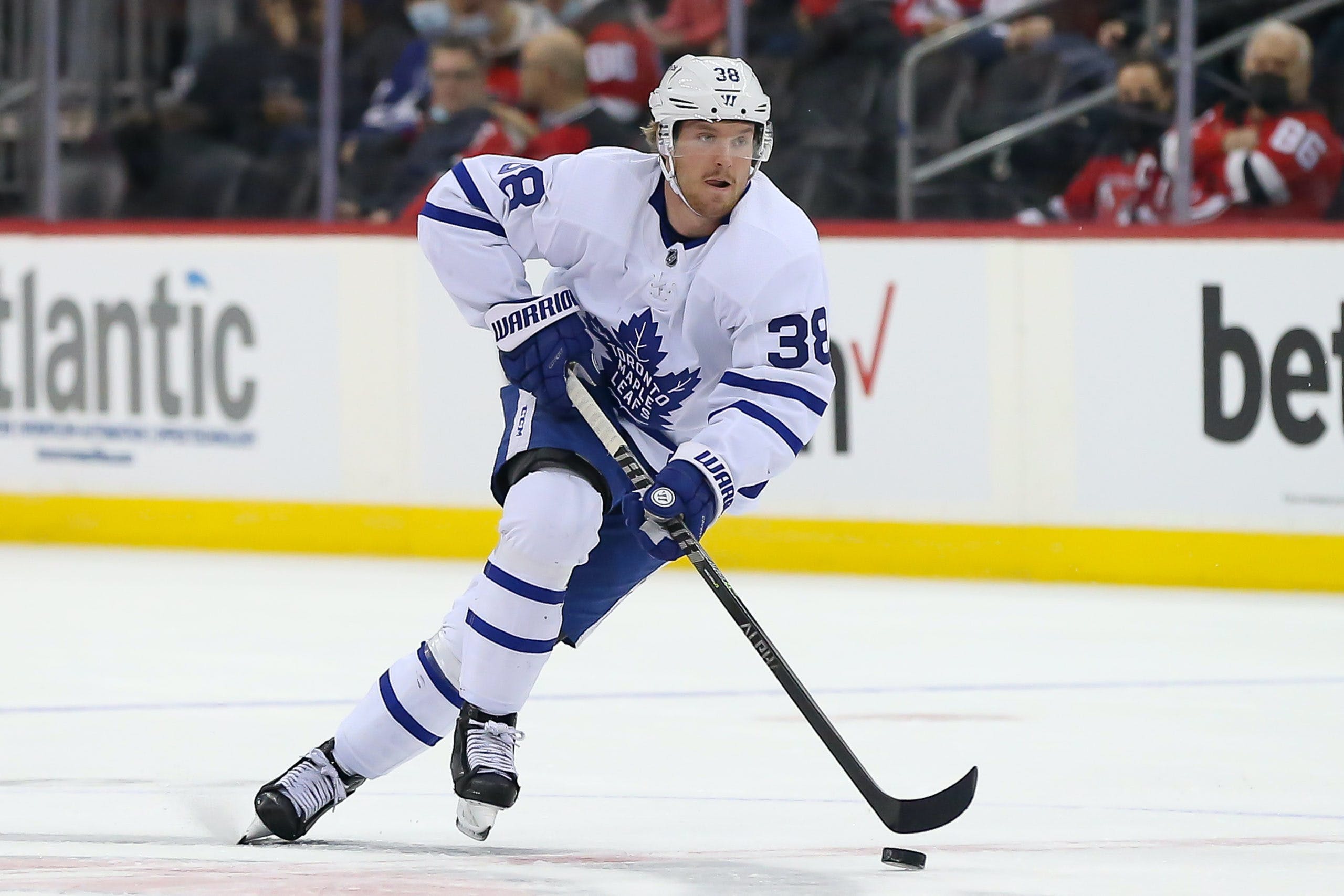 By Jon Steitzer
5 months ago
At this point in the summer there really isn’t a lot of good that comes from having a restricted free agent unsigned. It should be relatively swift business to conduct. It’s either going to be “we like what you’ve shown us so far and expect big things from you, here’s a long term deal” or it’s going to be “we’re excited about you, but we haven’t seen enough yet, here’s a short term deal to tide you over until we’re ready to pay you for real.” Seemingly Rasmus Sandin should fall into the latter type of contract, but even within that format there is enough movement in salary to make it difficult for the Leafs, and Rasmus Sandin’s camp likely wants their client to be put in the best position for Sandin to be successful so the next contract is a substantial one. Basically, it’s really not that simple.
Things were complicated by the recent report from Luke Fox of Sportsnet:

“Negotiating contracts via the media have an adverse impact on player (and) team reputation and traditionally do not create resolutions to private matters,” Maple Leafs GM Kyle Dubas texted Wednesday when informed of Gross’s comments.

Now there is a lot to consider out of this. Negotiations going nowhere is a statement that doesn’t have a lot of context behind it. Were they going somewhere until they stalled? Have neither side seen eye to eye since the beginning and they are no closer. There’s a lot of range to that.
Dubas’ response isn’t some glorious shot at Lewis Gross, but rather the frustration we consistently see from Kyle whenever information is made public about the Leafs. Kyle Dubas likes the Lou Lamoriello cone of silence, he just doesn’t have the tenure in the league to enforce it the way that Lou does and he’s stuck responding to things he’d rather not talk about.
Where this seems unfortunate is now the contract is much more of a talking point and will be an ongoing concern for the Leafs, potentially hampering their ability to make the moves required to make Sandin’s contract fit into their plans.
There should have been a huge appetite on behalf of the Leafs to wrap this contract up months ago, but from what we can remember of the William Nylander contract negotiations in 2018, Lewis Gross isn’t going to rush anything with the Leafs. It’s premature to think that we’ll be seeing Sandin in December, but a game of chicken up until training camp is starting to seem likely. Sandin isn’t coming with the same resume that Nylander did and missing a training camp is far more devastating to his situation than it was to Nylander’s.
What we’ve also seen from Gross in the past is him leaving money on the table to find the best fit for his client. The recent example of Johnny Gaudreau speaks to that. The fit in Columbus was what worked for Gaudreau and money was left on the table in Calgary and elsewhere to get that done. For someone like Sandin, who is trying to establish himself in the league, it might be pushing the Leafs for more money or more term because the Leafs cannot assure Sandin that he will be in the lineup every night or that he’ll have to play on the right side instead of his preferred left side. There’s also a matter of how many minutes he’ll get and if he’s going to have a shot at powerplay time, etc. Is Gross trying to force a better situation either with the Leafs or elsewhere? It’s a possibility.
With a 20 player roster, the Leafs are presently right to the cap on spending. No matter what, signing Sandin will require a move and I’m sure Dubas’ price point would limit that move to Justin Holl being sent out to cover the cost. The Lewis Gross alternative likely requires the Leafs trading Alex Kerfoot, although you’d hope it’s still reasonable enough to at least explore a 21 player roster.
Related:

The values for Sandin in the short term would seemingly put him in the $1.8M-$2.5M range and while that isn’t a huge difference, it’s an impactful difference for the Leafs and that could very well lead to a stall as Toronto is unwilling to move on from another player to make room for Sandin.
There is also still the looming threat of an offer sheet, but the fact that we haven’t seen one by now makes a strong case for one not coming. Toronto is far from the only team that needs to shed salary before the season starts and the potential landing spots might be less than desirable situations.
So for now we wait. The negotiating process has certainly become more interesting and as reporters return from summer vacation, we’ll likely see microphones in front of Gross and Dubas more frequently, as well as the watch will be on for if and when Sandin arrives in training camp next month.
It’s less than ideal, but the circus keeps the offseason interesting.
More from The Leafs Nation: