The TLN Three Stars: Justin Bieber brings good luck to the Leafs in their win over the Kings 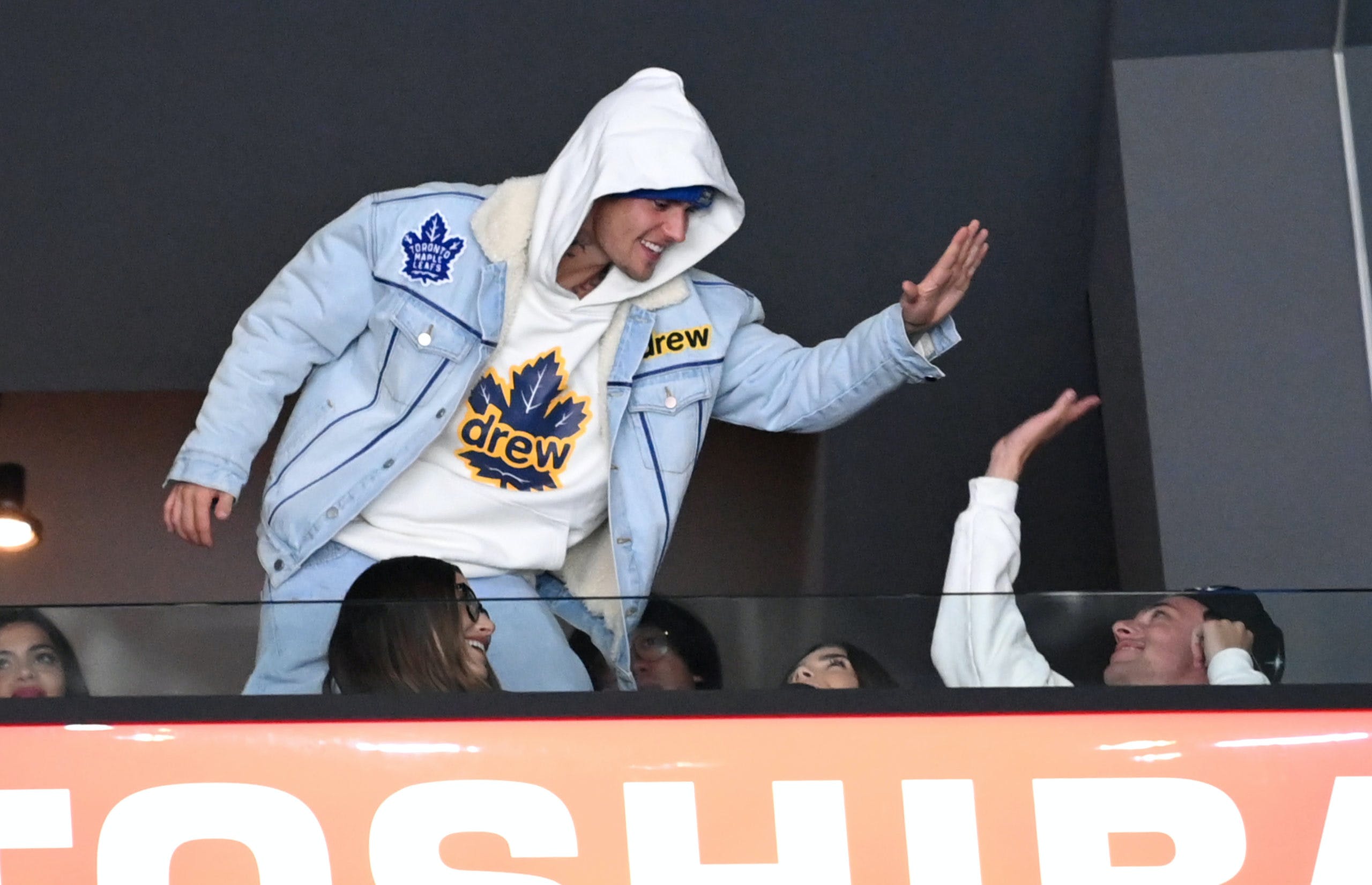 By Jon Steitzer
1 year ago
If you were on the fence about staying up for the Leafs playing on the west coast, hopefully you made the right decision and tuned in. Or at the very least hung in there until it was clearly getting out of hand for the Leafs and used that as a way to enjoy Leafs hockey but still make it to bed before midnight. If you did that, good for you. If you decided to skip the game, and this is your first read of what has happened, well… guess what? The scoring problem is fixed thanks to Jonathan Quick.
While there isn’t any shortage of positive takeaways from the game, I’ll start off with the Debbie Downer angle, and point out the targeted head shot on @David Kampf in the first period…
Kampf was kept out of the rest of the game for precautionary reasons, and we’ll soon learn whether he’ll be returning to the Leafs lineup in the near future. Worst case scenario is that we get a brief look at Kirill Semyonov.
Hopefully we’ll soon get encouraging news about Kampf and we can enjoy this blowout win.
The Leafs 6-2 win gave a number of Leafs multiple point nights, so it seems like Jack Campbell should probably take Jonathan Quick to Red Lobster tonight to thank him what he did for the boys. Rasmus Sandin set a career high with 3 points, Matthews, Tavares, Brodie, Simmonds, and Engvall all had two point nights.
Of course Toronto also let former Leafs prospect Sean Durzi have a night at their expense as he put up a goal and an assist in his NHL debut. See, even when winning 6-2 the Leafs are going to Leaf, but I’d like to think they Leaf’d in a nice way tonight.
Here are the three stars:

Honestly as much as Ondrej Kase seems to be universally loved by Leafs fans at this point, I still can’t help but feel we aren’t singing his praises enough. He’s such a special player that inspires favourable comparisons to Mikhail Grabovski and others who play the game well, but also like there’s no tomorrow.
Tonight Kase set up Kerfoot the Leafs first goal, and proved that he can click with any center you throw at him.

Another multipoint night for the captain, who certainly seems to be punching his ticket to Beijing assuming the Olympics haven’t been cancelled by the time you read this. Tavares remains dominant in the faceoff circle as well, and with Toronto down a center he certainly had some heavy lifting to do to put the game away.
He’s Auston Matthews approved:
e.

Wayne has been buzzing for most of the season, but hasn’t managed to find his way onto the scoresheet. Tonight Wayne clearly had enough of that, and made a beautiful move to set up Pierre Engvall for their second period dagger. He also picked up a secondary assist on Kerfoot’s opening goal.

I guess you dress up like the tin man and you shouldn’t be surprised that you play without heart. That’s right, I’ve gone Wizard of Oz on your asses. But on a more serious note, please never wear these again.

The Leafs are off to San Jose next for a reunion with Alexander Barabanov and James Reimer. The California leg of the road trip comes to an end on Sunday night against the suspiciously good Anaheim Ducks.
Uncategorized
Recent articles from Jon Steitzer