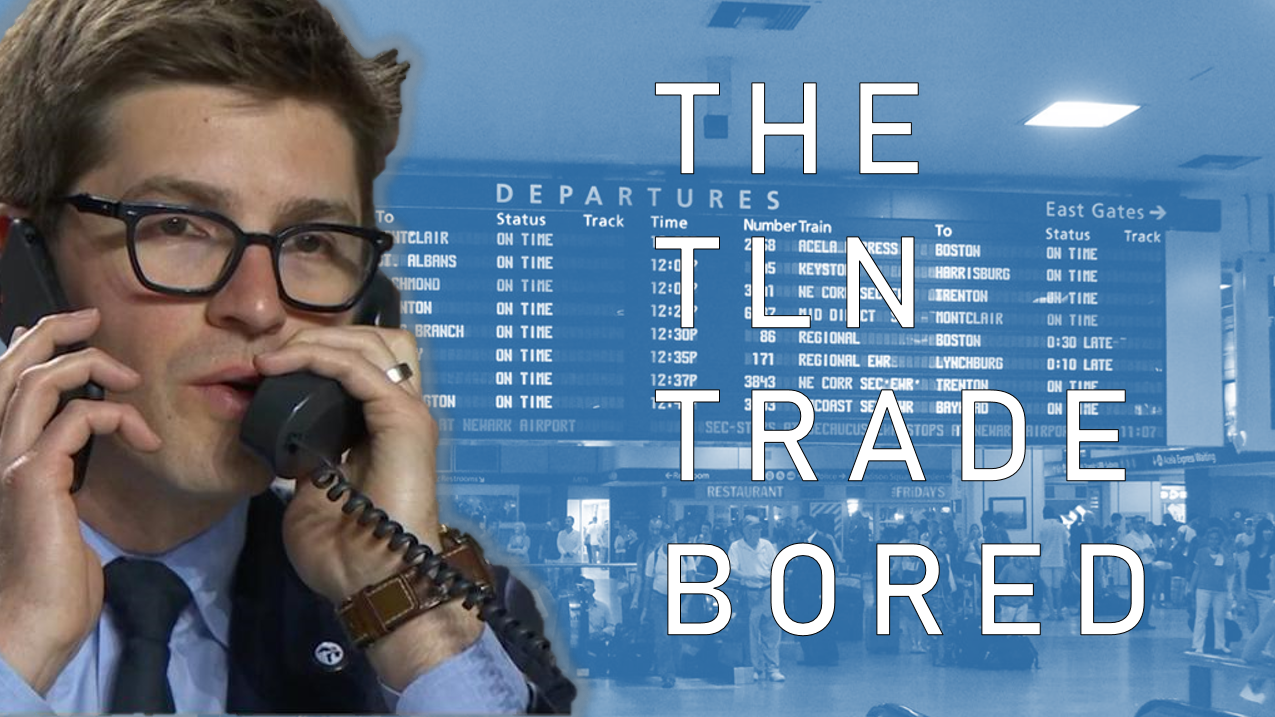 By Jon Steitzer
1 year ago
We are in the home stretch. The final week. Down to the last seven days before all this trade related nonsense disappears until the offseason where it becomes the all consuming topic again. Still that seems like a welcome break. Given that we can now see the finish line it seemed fitting that we once again update The TLN Trade Bored with revised trade rankings based off of what we’ve been hearing and reading for the past few days. Many of the names remain the change, but the prices seem to be more friendly to the Leafs, and but with fewer big names to focus on. There’s also the added intrigue of the Leafs absolutely (but not willing to acknowledge publicly) looking for goaltenders. Fun!

So yeah, @Taylor Hall is still the prize above all else, but his teammate @Linus Ullmark seems to be emerging as the best goaltending option for the Leafs going forward too.
@Kyle Palmieri now sitting out, waiting to find out where he will be traded adds some intrigue to his name, and while there are other teams like the Islanders and Bruins that are pursuing him, the fact that he is the next best scoring winger after Hall available, there’s no doubt the Leafs are kicking tires. The fact that he quarantine has been shortened to seven days from fourteen might mean he’s willing to come to Canada in a trade now, but with him already sitting it, if the deal doesn’t happen soon, I’d scratch him from the Leafs target list by the middle of the week.
@Chris Driedger is the most affordably priced goaltending option available, and while I’m still confused why the Panthers are willing to cut him loose, he deserves to be high up on this list as he’s a dream from a cap situation for the Leafs, and his numbers have been solid over the past two years.
I was pleased to see that James Mirtle floated @Scott Laughton’s name for the Leafs this week, as Laughton has seemed like an ideal target for the Leafs for a while and it was just a matter of the Flyers falling out of the playoff picture. If I was to make a list of my top five targets for the Leafs, Laughton would be 1st or 2nd, despite some concerns over his underlying numbers. He’s a more reasonably priced, younger, and versatile version of Nick Foligno, who still makes it on the list despite the fact I don’t think he’s a particularly worthwhile target.
As for trade chips, despite “Toronto’s top prospect” being #8 on TSN’s Trade Bait list, given the targets the Leafs seem to be pursuing it doesn’t seem reasonable to include @Rasmus Sandin, Rodion Amirov, or @Nick Robertson on the list anymore, and even I’ve dropped the 1st round pick and @Timothy Liljegren down a bit as well. Liljegren remains on the list because I think his age and injury history might make him the Leafs prospect they are most willing to part with, but deep down I still think he has the higher potential upside compared to Sandin.
@Michael Hutchinson climbs up this list drastically, as he hasn’t been bad and if a team is trading their goaltender to the Leafs, he might need to be part of the return. Additionally @Frederik Andersen is also on the list, as he could be salary the Leafs try to jettison, or he could be a goaltender other teams want to try out for the remainder of the year or get LTIR relief from. Hutchinson does still have some value to the Leafs even beyond playing, as his contract goes through next season and he can be the Leafs exposed goaltender in the expansion draft.
Additionally you’ll see that Joseph Duszak is back on the list and that again comes from the words of James Mirtle, who included a “middling prospect” in many of his trade scenarios. As far as the Leafs prospects go, Duszak fits this bill most clearly for me, but will be a topic we’ll explore further on this site.
As for the timeline on when we see the Leafs do anything, well, we’re a few hours from another game tonight. The fact that the morning skate was cancelled offers some intrigue that something could be up, but there’s no need to start holding our breath. After Wednesday, the Leafs are off until Saturday night and that gives them a little bit more time to get their ducks in a row. As Earl Schwartz alluded to, there is a benefit in waiting, as the Leafs gain a very modest amount of cap space with each passing day. With the Leafs having a shorter amount of games missed due to quarantining, the cap space being created, and potential reduction in cost at the 11th hour, the Leafs might be best to wait until the last minute to make their moves.
Uncategorized
Recent articles from Jon Steitzer