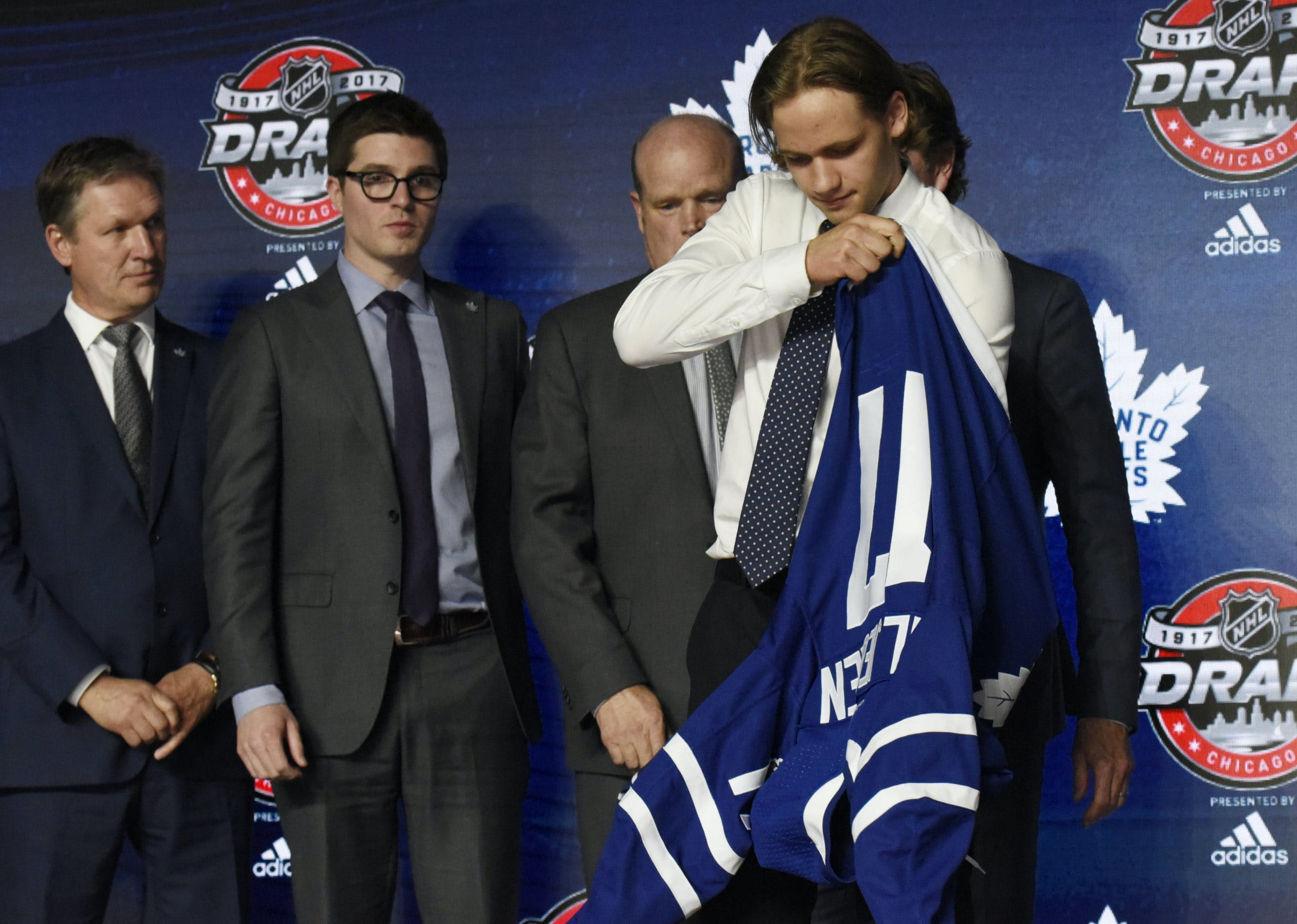 By Jon Steitzer
1 year ago
It’s not the first time we’ve acknowledged on the site that there is a lack of excitement around the draft in Leafs land this year. The Leafs are in “Win now” mode, even if they have a funny way of showing it, but organizationally and also with fans, roster changes are the priority. Add that three draft picks is low even if Cliff Fletcher was the GM, and no first rounder takes away from a lot of the excitement as well. Throw in the fact that this year lacks true star power, and while there are some interesting names and the absolute wild card factor of COVID non-seasons, shortened seasons, etc., there are interesting elements to the two days in the draft coming up in late June.
Still, we see you draft and prospect people in Leafs land that want some draft content and we’re here to deliver. I’ll start by saying that the 2021 Draft Player Cards have been updated to reflect the most current draft rankings. You can find the player cards here, and you can find the explainer for our consolidated rankings and the Hunter Score here. The player cards have been updated to include the rankings from our own Nick Richard, as well as his scouting report on his top 32 prospects.
As a reminder, the picks the Leafs do own in the draft are picks 57, 153, and 185.
Here are the rankings (that we’ll update once more after Bob McKenzie’s final list.)
I’m sure that a lot of these names don’t mean a whole lot to you, but that’s where I suggest using our Player Cards as a starting resource as many of the players listed have their 2020-21 or 2019-20 stats listed. It will also give the breakdown on each player of what scouting service ranked each player where.
One of the things that doesn’t truly come through when dumping a list of names is the proximity of score for many of these players. There are players ranked lower than 57 on the consolidated rankings that received first round consideration from some services, and at the very least there is a high variance between the services on who is considered an early 2nd round pick versus someone who shouldn’t be taken in the first three rounds. Like most years the players in the top 25 are almost universally acknowledged as first rounders, and while maybe not the caliber of other drafts, but there is very much an established top three as well.
Given the tendency for there to always be a name or two to slide down the rankings from potentially being a late first to the late second and beyond, the Leafs will have options in the second round. And given how wide open COVID has made things this year there is certainly the potential for steals with the 5th and 6th round picks as well.
A team that has done their homework might not walk away with a future star, but could realistically restock their system with solid talent that other teams overlooked. Even if the Leafs are quiet during the draft, it should be an interesting event to witness.
Uncategorized
Recent articles from Jon Steitzer