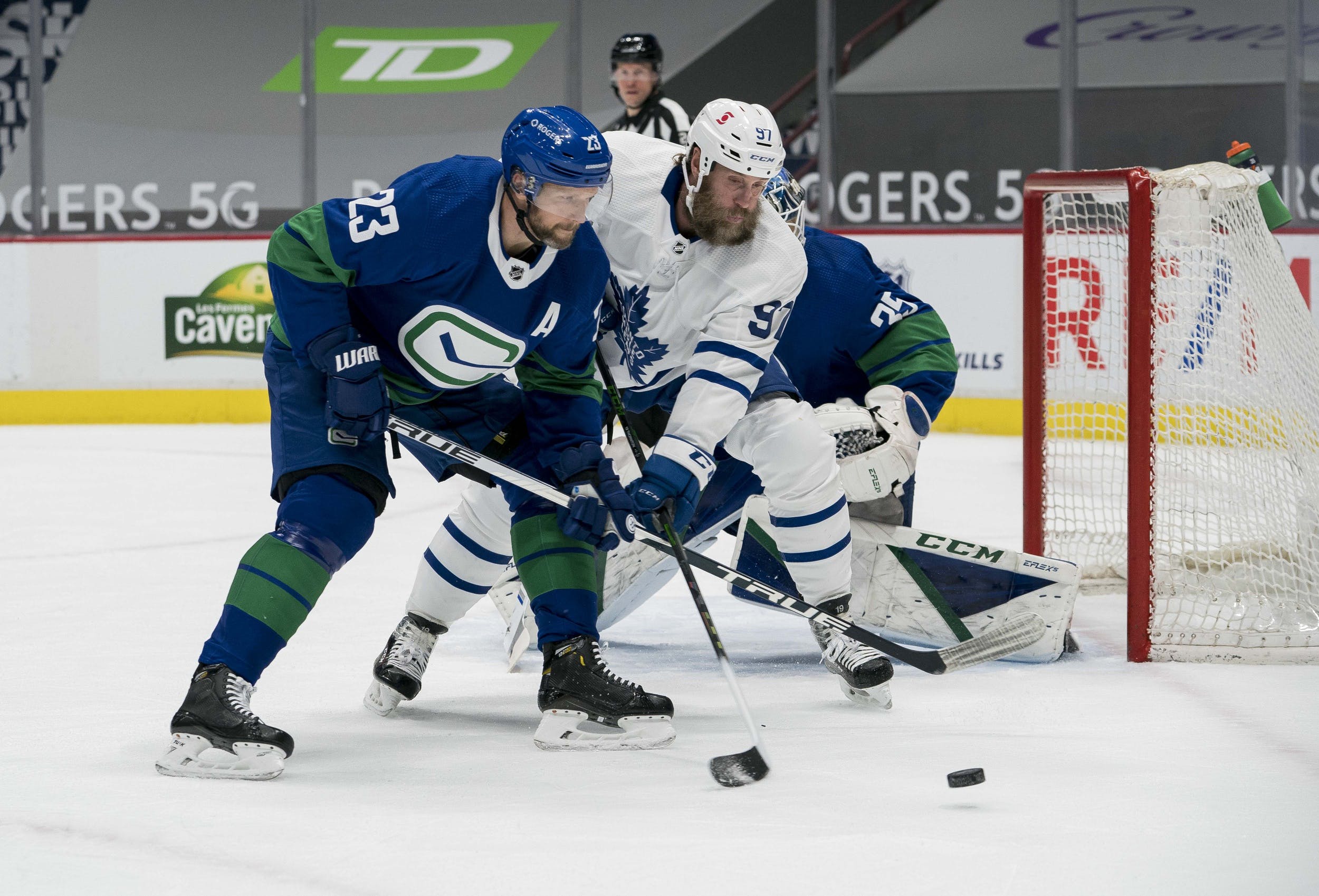 Welcome to TheLeafsNation Game Day where we take a look at today’s Leafs game and a few other things happening around the league all with daily fantasy in mind.
Well, that sure was an interesting one Sunday. I don’t think anyone expected the Canucks to play as hard as they did, so let’s see what happens tonight.
Play free fantasy hockey for huge prizes on DraftKings here.

I don’t mind David Rittich ($8,200), even though I think his price point is higher than it should be.
Auston Matthews ($9,100) has goals in each of the Leafs’ six games against Vancouver, and he’ll look to keep that pace up tonight.
I also really like William Nylander ($5,500) who will look to bounce back after a missed meeting. He’s got five points in six games already against the Canucks this year.
On the otherside, Brock Boeser ($6,500) has been solid against Toronto scoring seven points in six games, while Bo Horvat ($5,900) also has scored at the same pace. Both solid plays in my eyes.

Carolina has played Tampa Bay hard this year and I’m willing to take a gamble on Alex Nedeljkovic ($7,400) tonight.
Roope Hintz ($6,600) has been electric for Dallas this year scoring 37 points in 32 games. He hasn’t been talked about much, but has four points in three games against Detroit. He’s in my lineup.
The Leafs Nation is a partner of DraftKings. I am also an avid fan and user (my username is zachlaing) and may sometimes play on my personal account in the games that I offer advice on. Although I have expressed my personal view on the games and strategies above, they do not necessarily reflect the view(s) of DraftKings and I may also deploy different players and strategies than what I recommend above. I am not an employee of DraftKings and do not have access to any non-public information.
Zach Laing is the Nation Network’s news director and senior columnist. He can be followed on Twitter at @zjlaing, or reached by email at zach@oilersnation.com.
Uncategorized
Recent articles from Zach Laing