There are still more Leafs players to rank 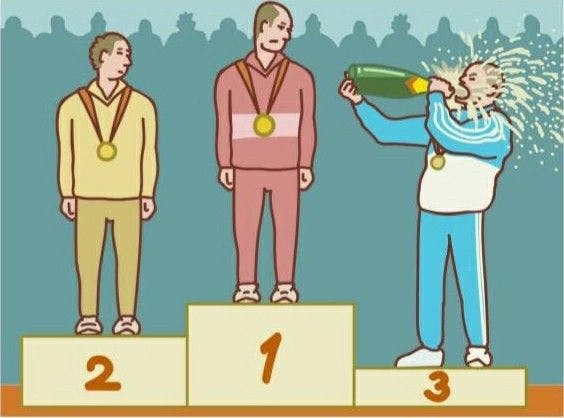 By Jon Steitzer
1 year ago
Earlier today we finished up with our prospect rankings, and probably to surprise of no one, @Rasmus Sandin was crowned the best of the bunch. If you haven’t read it yet, sorry for spoiling it for you, but I’m assuming you connected the dots when he was the last one left unranked, or put two and two together based on his NHL readiness, upside, and performance so far in his career. Before going any further I want to thank the TLN group for the excellent work they did on the series, and it’s because of that good work that I’m rewarding them with even more work.
Every preseason we take a look at the Leafs roster and profile the players and do our best to guess what they will deliver in the coming year. Sometimes we present them to you alphabetically, other times we’ve gone completely random, this year we’re sticking with the spirit of Ranking SZN, and ranking the top 20 Leafs start next Monday. To make it even more fun, I’ve decided that each article the writer has to assign a goal song to the player they are writing about. Well, at least it seemed fun to me. Hopefully they haven’t been conspiring against me and Train’s Hey Soul Sister for every player. My head might explode.
So the count down starts on Monday. Plan your lives accordingly.
That being said, I hate to do a post like this and not give you anything, so it’s time to look at the Honourable Mentions from the Leafs Top 20.

Put me in the camp of people who truly want to believe that Josh Ho-Sang will make the most of this fresh start and the Leafs can provide him an environment that let’s him thrive. Selfishly because I like him as a player, but also because the Leafs having a bargain offensive talent would be a huge get.
Ho-Sang doesn’t really fall in the Honourable Mentions because the majority of us, including myself didn’t consider him eligible because of his Pro Tryout status. That said, it still feels like a bit of a reach to put him in the top 20 when we’ve barely seen him play in the past few years. Still, it’s going to be very exciting to see what he can do in camp.

LOL. Not much needs to be said here. When we voted Malgin was unsigned and could have still been Leafs bound. Now he’s signed up for four years in Switzerland. Still there was one contributor who thought his puck carrying ability warranted a vote as the 19th best Leaf.

Here’s someone who does qualify for the rankings, even if there is a strong possibility that he could be Marlies bound to begin with. Brennan Menell is the speedy, offensive defensemen brought in from the KHL via a trade for his rights with the Minnesota Wild. While the track record of KHL defensemen coming to North America and thriving isn’t great, and Nikita Zaitsev might be one of the biggest success stories, I don’t mind that the Leafs are exploring what they can do with Menell.
Two of our writers had Menell sneaking into their top 20, and a big part of that could be the importance of defense, and the fact that we didn’t include players ranked as prospects, so there isn’t an opportunity to consider Sandin or Liljegren in the rankings. (Or at least not yet).

Okay, this was a head scratcher for me, but I get that for some of voters social media presence and values might outweigh hockey abilities. On the other side of the coin, face punching can be a fun distraction and we can expect Gabriel to do some of that for the Leafs and likely a lot of it for the Marlies. Whatever the reasoning was, I’m not going to judge anyone to harshly for thinking Gabriel is the 18th best Leaf.

While most of the players listed in the honourable mentions only received one or two rankings from our panel of 12 contributors, Brooks received a lot more consideration. In fact Brooks just narrowly missed the 20th overall spot, finishing one point in the scoring behind #20. (I guess much like the roster the struggle is real for making our list too.)
Brooks made himself known late in the season. He fit in nicely with the Leafs supplementary scoring on the fourth line, and is a smart enough player to add value in all situations. The fact that he worked well with Spezza could be his in for the Leafs roster this season, or at least a reason to give him a more frequent look and either being carried as a press box reservist, or frequent call up.
There will definitely be some concern about getting Brooks down to the Marlies via waivers this year, not really based on any sort of amazing performance that’s worth claiming him, but instead the fact we have no reason to believe that Jim Benning is done claiming Leafs fourth liners.
As for who beat out Brooks for the 20th spot, you won’t have to wait long to see. I’m not sure there will be much suspense about who was the unanimous #1 our lists, but there wasn’t any shortage of difference of opinion when it came to the order of the top 5, or the top 10 for that matter. Hopefully our roster preview can live up to the prospect rankings that finished up today.
Uncategorized
Recent articles from Jon Steitzer