Riley Nash: An obscure Leaf trivia answer or solid center depth that should be brought back 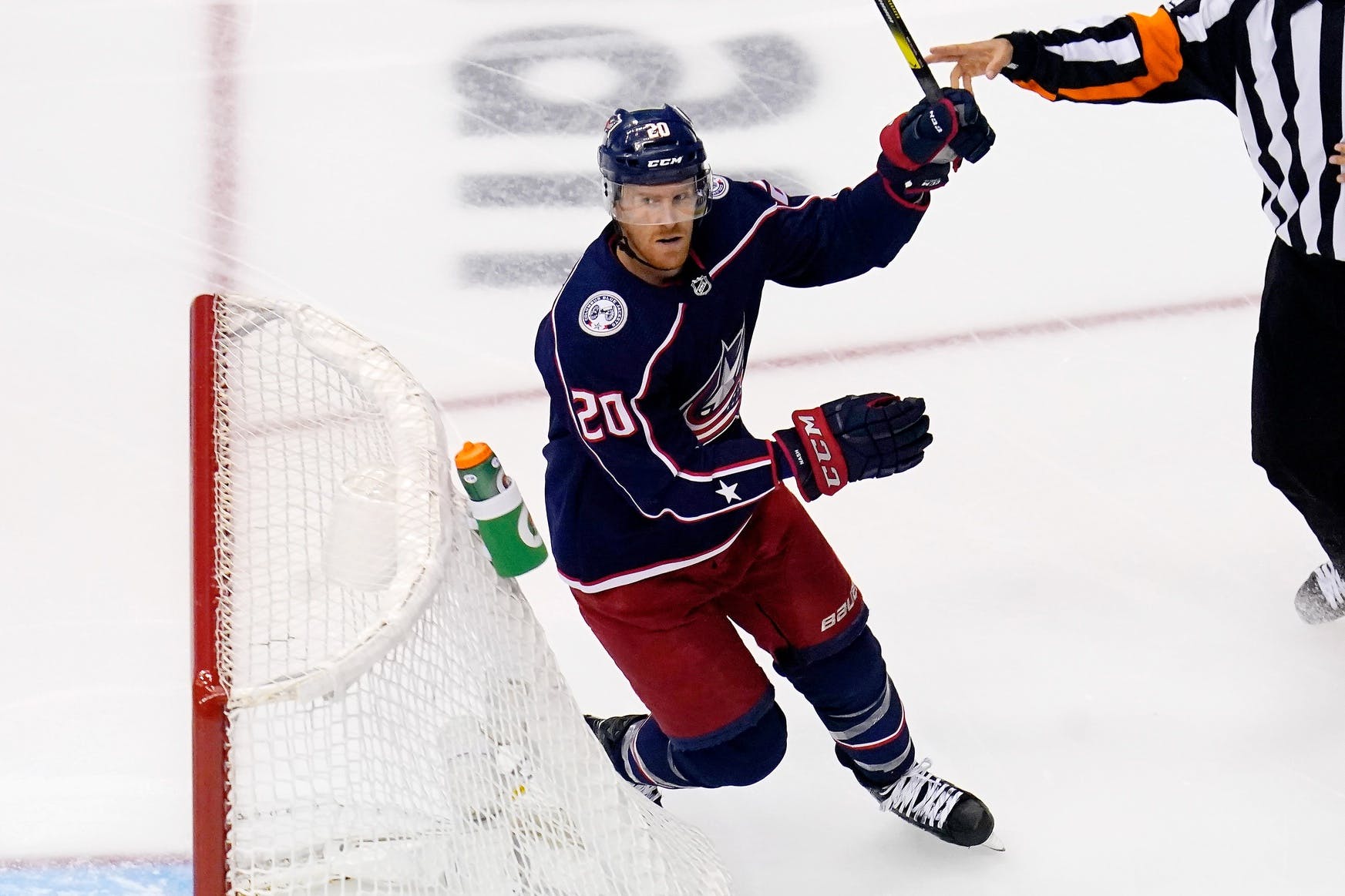 By Jon Steitzer
1 year ago
Two playoff games. That was our taste of Riley Nash. Now to evaluate his time as a Leaf:
It certainly happened. He played a second game and that somehow made the Leafs pay a 6th round pick instead of a 7th. It wasn’t great.
That’s the story on Nash as a Leaf. A memorable 20 minutes of post season hockey consisting of 3 hits, a blocked shot, and one shot on goal. Cool.
Now we have to talk about him a bit more seriously. Nash as a defense first, low event forward, who is capable of being a sour pain in the ass for offensive players sounds like something the Leafs could potentially use, though definitely not around his $2.7M contract that just ended. If there’s an acknowledgement that he’s gotten his payday, and now it’s about using his reliability to stay in the league around the $1M mark, that is something worth exploring.
Depending on what the Leafs are doing from an expansion draft stand point, there is also something to be said for re-signing Nash. If the Leafs are looking to go with a 7F/3D protection approach, they might need to have additional forwards under contract who have played either 27 games last season or 54 over the past two. Nash gives them that. If they want to protect him or leave him exposed, that would need to be determined, but I doubt too many pending free agents are lining up to be signed so they can be exposed to Seattle, unless they are big time Frasier fans. Also it seems like a lock that the Leafs will be going with the 4F/4D approach, which makes it more important to get a defenseman under contract.
No, if the Leafs were to re-sign Nash it would probably be a decision that comes later after free agency opens, and Nash gets the opportunity to see that in a flat cap world, fourth line defensive specialists aren’t going to be making much. In that case I’d hope he’d still be in contact with Kyle Dubas, because honestly the Leafs shifting from their third line being the sour pain in the ass line, to the fourth line taking on that responsibility, the Leafs are probably in better shape. The move from Engvall-Kerfoot-Mikheyev, to Engvall-Nash-Mikheyev is a modest one, but one that could save the Leafs $2M.
Yes, there are selling points on Nash. He’s certainly useable. He’s center depth the Leafs need. And admit it, you’ll feel better about the Leafs trading a 6th round pick for two games of him in the playoffs last season.
Of course, age is a potential factor with Nash. As is the fact that he was still recovering from an injury for most of his time with the Leafs. There’s also the fact that we know pretty much nothing about this guy and if Toronto is where he wants to be at all.
The healthy take on Riley Nash is probably that at a true fourth line price he’s someone you make an offer to, and if he takes it, great. If the Leafs have to chase or woo him, time is probably better spent with moving on to the next free agent on Dubas’ list.
Uncategorized
Recent articles from Jon Steitzer