TLN Three Stars: Leafs win in regulation with late goal, but it didn’t count, so Canucks win in OT 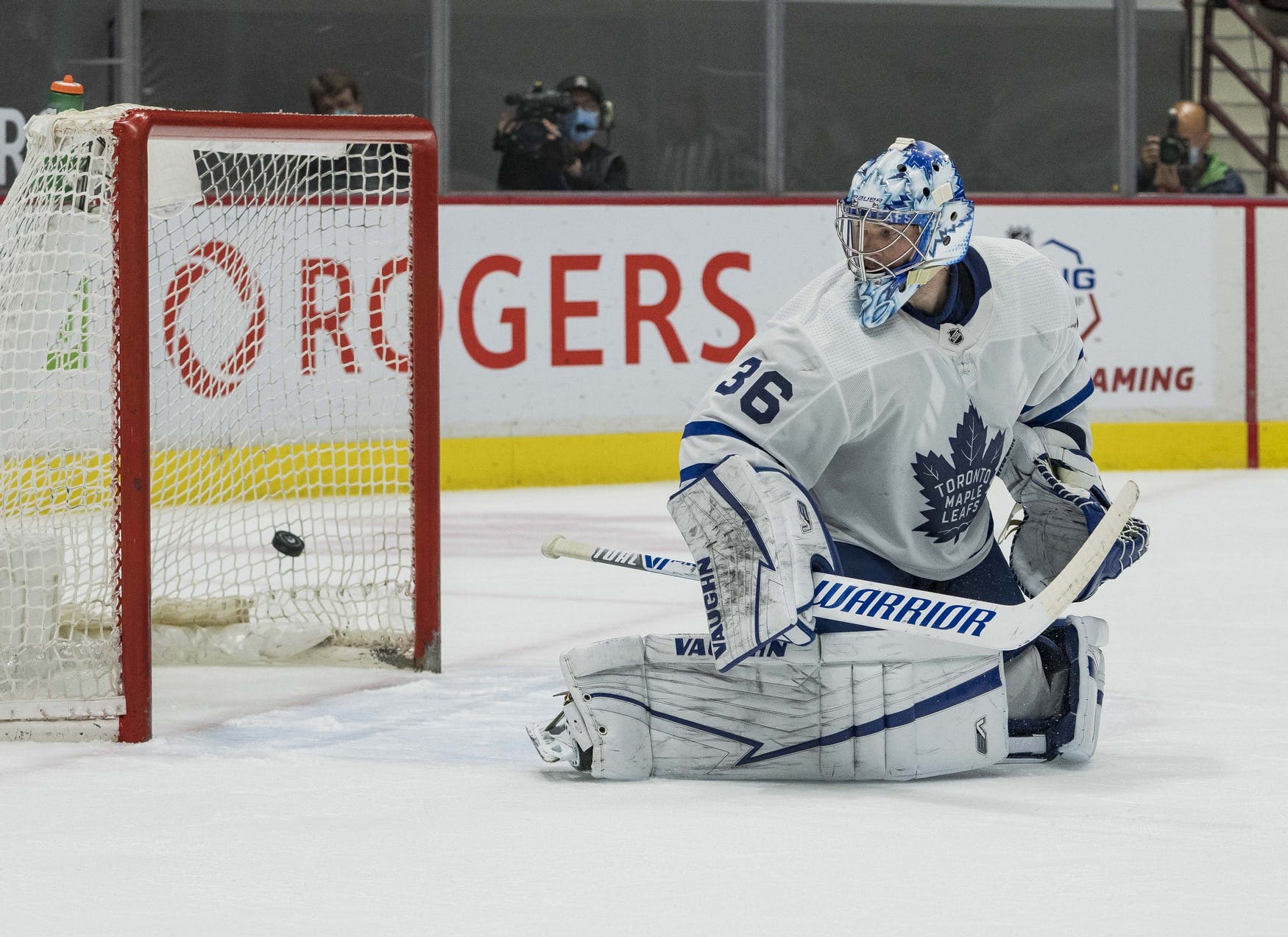 By Scott Maxwell
1 year ago
This had to be one of the most talked about games going into the game that had absolutely no playoff implications, as the Canucks were playing their first game in almost a month after dealing with one of the COVID variants that went through most of the team. It was going to be interesting to see how the Canucks would handle their first game back from a disease that would probably affect their stamina and endurance, and how the Leafs would respond to that.
Somehow that wasn’t the biggest story of the game, as the Leafs would finally end the power play slump after almost 9 minutes, and Zach Hyman would leave the game early after a knee on knee hit from Alex Edler.
Also Marner might have scored a goal late in regulation to win it, but it just wasn’t quite conclusive enough so it stayed tied, and went to overtime, where Bo Horvat scored his second of the game to win it for the Canucks.
Not David Ayres level embarrassing considering the Leafs were the better team, but it’s still not the best look for the Buds.

Robertson got his first shot in the top six tonight playing alongside Tavares and Nylander, and he made the most of it without actually getting points. He was all over the ice, getting a bunch of scoring chances and not looking out of place beside two elite players. He might not stick around purely because of how much depth the Leafs have, but he definitely deserves another shot there.

If not for the goal, then for the audacity to not even pretend to keep playing and just signal the goal himself. He’s not even 24 and he’s already a legend.

Nylander played his first game in nearly two weeks, and was the star of the show for the Leafs. He scored his 100th career goal early in the game, and then also was a big factor to getting the Leafs just their second power play goal in what feels like an eternity, both by assisting on the goal, but also because of how he helped the zone entries and provided some variety by switching between the net front and behind the net. Excellent return, and it’s very obvious how much the Leafs missed Nylander these past few games.

I don’t know if he played bad, but a knee on knee hit is a garbage play, especially on our special boy Zachary.

The only place the Leafs didn’t dominate in this game was on the scoreboard, but that’s hockey sometimes. Campbell is clearly regressing from his hot start at this point, which is normal, so I’m not overly mad at this point at his game, and I’m not too mad at them losing this game aside from the optics of it from the other 30 fanbases. *prepares to go back in the trenches of hockey Twitter*

The Leafs will get another chance against the Canucks on Tuesday to end their losing streak, that has now extended to four games. The Leafs haven’t been incredibly bad during this stretch, and the games don’t really matter at this point aside from securing the division, so it’s nothing to go crazy about, but a win would be nice. The game will be a bit later with a 9pm start time, and you can catch it on Sportsnet.
Uncategorized
Recent articles from Scott Maxwell