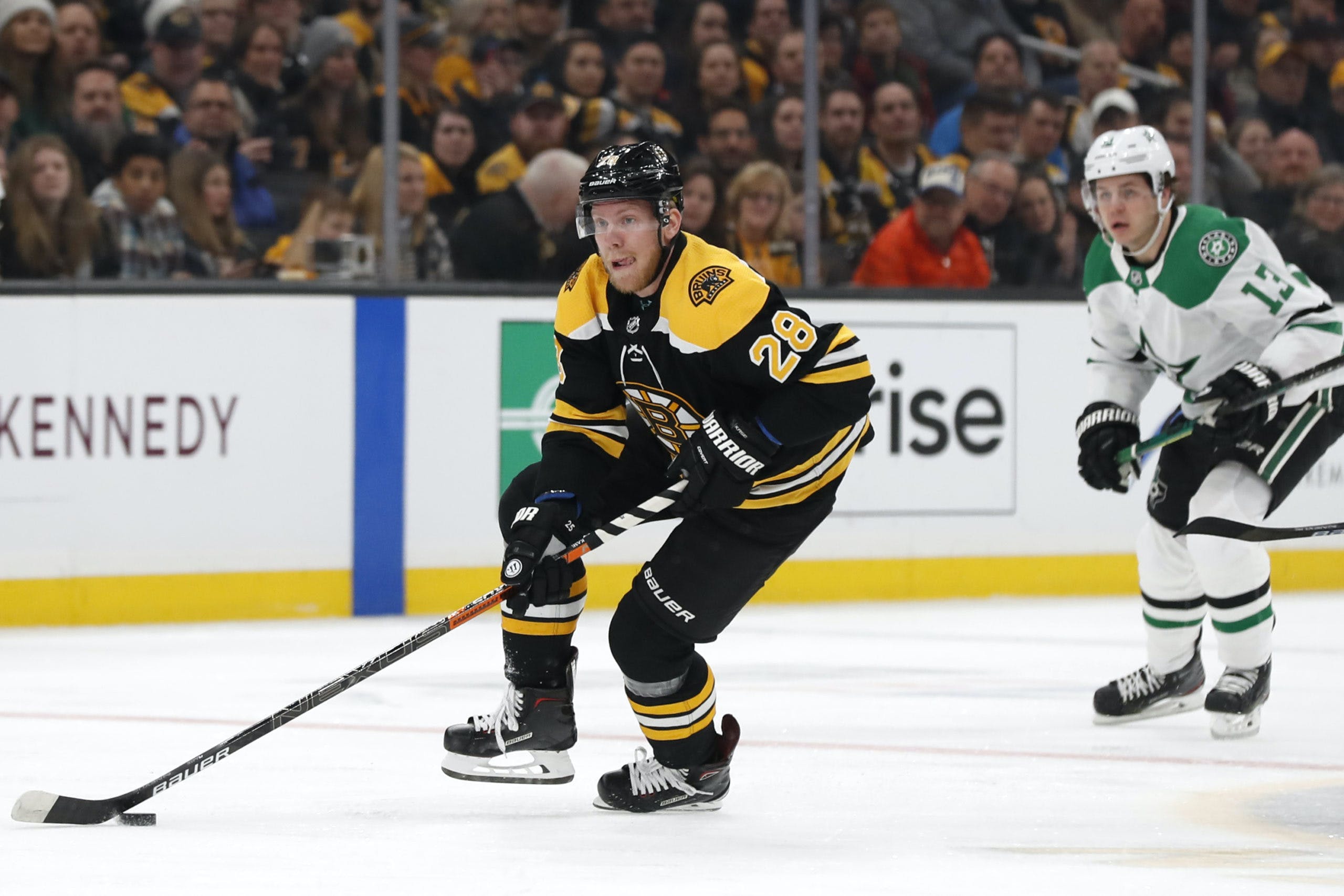 By Kyle Cushman
1 year ago
Few Toronto Maple Leafs have left me as intrigued with possibility as the signing of @Ondrej Kase has. Once a promising, budding star with the Anaheim Ducks, Kase’s extended list of injuries has prevented him from realizing that 25+ goal potential he showed in the 2017/18 and 2018/19 seasons. After a disappointing stint with the Boston Bruins, the Leafs are taking a low risk, high reward flier on the 25-year-old Czech winger.
The range of outcomes in Kase’s time with the Leafs is incredibly wide. If the injuries continue and he can’t consistently play in the lineup, Kase may be an afterthought and a $1M LTIR castaway. On the flip side, a healthy Kase could finally provide Toronto with the bottom six play driver they’ve desperately been seeking following the departure of @Nazem Kadri. That array of possibilities with Kase is what makes him such a fascinating addition to myself and many others, one that I will be keeping a keen eye on in training camp, assuming he is healthy and ready to play.

The only stat that really matters when it comes to Ondrej Kase is games played. He appeared in just three last season for the Bruins, but of those only finished one. It’s the question when it comes to Kase, how often will he be available for the Leafs?
Looking back at 2019/20 in which he played 55 games between the Ducks and Bruins, it was a season of mixed results for Kase. His play driving and defence took a step back from his superb 2017/18 and 2018/19 seasons, but there were a few things he still excelled at. Of his 24 points, 20 came at even strength. Given the top powerplay has no room, it’s important to note that Kase was able to score at 5v5 in his most recent season.
While his expected goals metrics were slightly below 50% in 2019/20, his Corsi-for was still strong at 54%. This likely has a lot to do with his own shot generation, as Kase has consistently been among the league’s top shot producers per 60 when healthy. In 2019/20, his 9.96 shots/60 ranked 17th league-wide, between @Oliver Bjorkstrand and @Evander Kane.
The fact his shot generation remained high in 2019/20 is a good sign, as his 4.17% shooting percentage should progress closer to his career average of 9.2%. Kase scored at a 25 goal pace in 2017/18 and a 30 goal pace in 2018/19 but heavily dropped to a 10 goal pace in 2019/20 with his low shooting percentage. When in the lineup for the Leafs, however often that may be, expect a lot of shot generation.

Not a lot, at least on the ice.
As mentioned earlier, Kase appeared in just three games for Boston last season. Of those, he finished only one.
It was a disastrous season for Kase. Just when he looked to be getting back on track in regards to health in the 2019/20 season, it all fell off the rails when he and Miles Wood collided in the second game of the season.
An attempted return was made just before the playoffs on May 10, but the concussion and extended time off left him with conditioning issues. Pulled from the game after nine shifts, he would remain out for the rest of the season.

“I think there was a little bit of conditioning [issues] for him. It was his first game in a long time. I was told he just didn’t feel like he was getting through it where he needed to be so he let the training staff know and they decided to say ‘OK, let’s cut it short. We’ll see where it ends up.” – Bruins HC Bruce Cassidy on Kase following the May 10 game against the Islanders, via 98.5 The Sports Hub

Can we really expect anything for Ondrej Kase this season? His concussion history and injury issues are “more than hockey” problems and should be treated with incredible care. Given his proactivity in pulling himself from that May 10 game against the Islanders when he wasn’t feeling himself, I hope that’s a positive sign in how serious Kase takes his injuries and how serious the Leafs will as well.
*If* Kase is able to be healthy and play games, here’s what we can expect from the Czech winger.
As mentioned earlier, shot generation is a huge aspect of his game. He had 9.96 shots/60 in 2019/20 which ranked 17th among forwards with at least 700 minutes of time-on-ice. Given he was still shooting that often despite his poor puck luck (4.17% shooting percentage), it bodes well for his confidence and belief that continuing to play his game will result in positive outcomes.
From 2017/18 through the 2019/20 season, Kase ranked 3rd among NHL forwards with at least 1000 minutes of ice-time in rush attempts per 60, behind @Brendan Gallagher and @Charles Hudon. His ability to push the puck up the ice and creates chances off the rush will be a massive boost to a third line that has desperately needed a play driver in recent seasons.
Whether @Alexander Kerfoot shifts to the wing and plays on the second line or remains as the third line centre remains to be seen, but a duo of Kerfoot and Kase could do some damage with Kerfoot’s playmaking and Kase’s shooting.
Another aspect to keep in mind is Kase’s dip in performance in 2019/20. While he was healthy for most of the season playing 55 games, his results dropped off from the previous two seasons.

Whether this is an anomaly or a product of the injuries and missed time Kase has had over the years we do not know yet, but it is worth noting heading into this season. Expecting Kase to play a full season is unrealistic, let alone doing so while producing the same offensive and defensive results he did back in 2017 and 2018.
Simply put, temper your expectations and treat Kase as the $1.25M flier that he is. Don’t anticipate more than what he’s shown the past two years and be happily surprised if he can find a good bill of health and some of the game that made him an analytics darling a few years ago.

If you aren’t familiar with Kase’s game, check out this compilation of his points from the 2019/20 season (audio levels fluctuate so don’t blow out your eardrums).

“Hurt” by Johnny Cash or Nine Inch Nails would be the obvious choice here, but that isn’t much of a goal song, now is it?
Instead, we’ll go with “Take Me Out” by Franz Ferdinand.
Let’s hope for an injury-free season in which Kase dazzles on the third line and even pushes for some time in the top six, so we can change his song to “Hey Man, Nice Shot” by Filter. But for now, it’s an injury-related song for Kase’s goal song ahead of a pivotal season in his NHL career.
Stats from Natural Stat Trick, Hockey Reference, PuckPedia
Content
Recent articles from Kyle Cushman