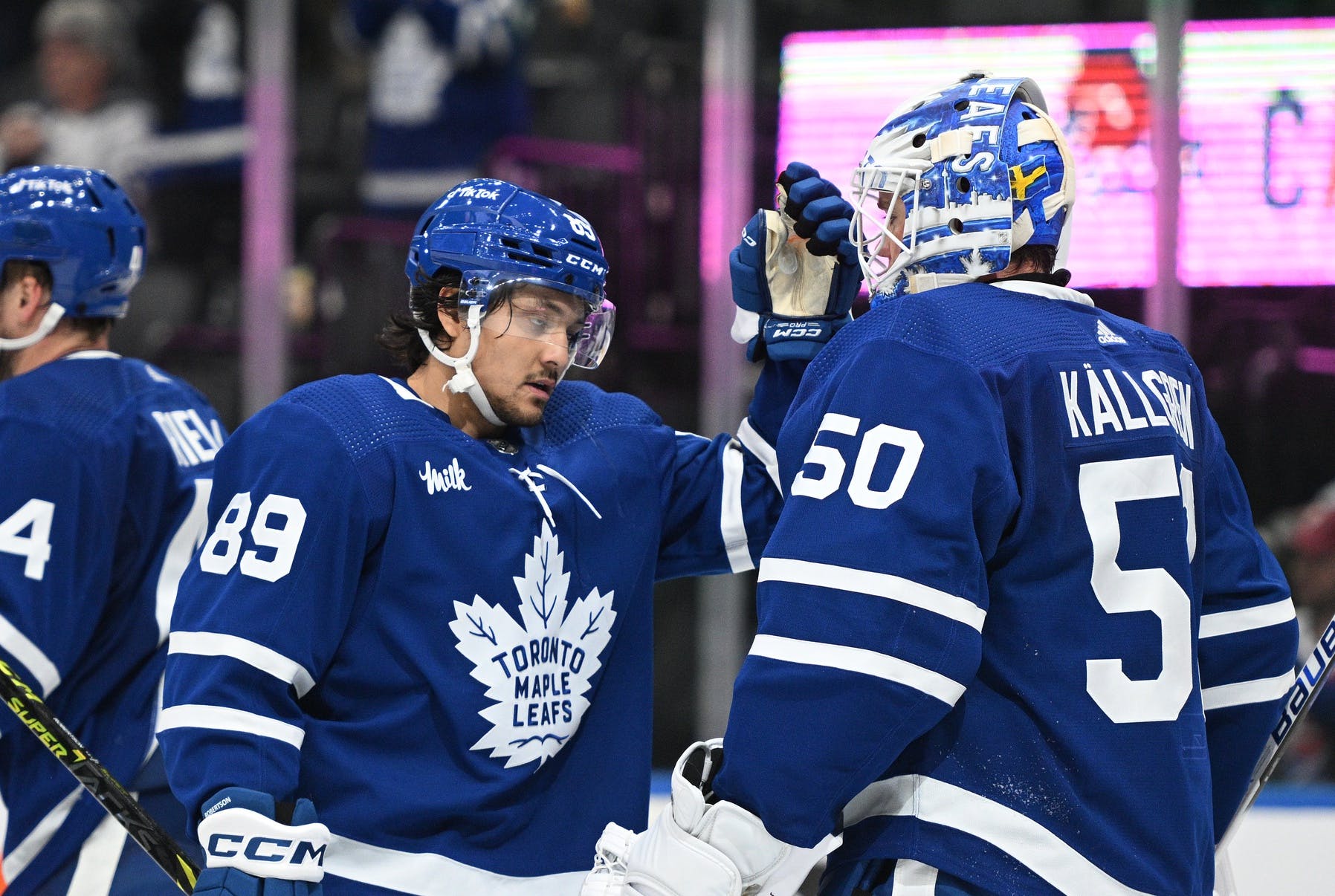 By Nick Alberga
1 month ago
Erik Kallgren will get the call for the Leafs (2-1-0) tonight as they’ll try to earn their first three game win streak of the season when they host the Arizona Coyotes (0-2-0) at Scotiabank Arena.
Back on Saturday, a day filled with goalie drama, Justin Holl potted the game winner as Toronto edged the rival Ottawa Senators 3-2. Ilya Samsonov made 26 stops for his second consecutive victory. David Kampf (1) and William Nylander (2) had the other goals.
Meantime, as expected, it’s been a pitiful start for the Coyotes. They’ve dropped two in a row and have been outscored 12-5.
This will mark the first of two between the Leafs and Coyotes this season, Toronto will visit the frat house (Mullet Arena) on December 29th. If you’re looking to be an adventurous gambler tonight, here’s some food for thought: Arizona took both meetings last season.
Time: 7 PM EDT (SNO/SNW)
Starting Goalies: ARI Karel Vejmelka (LIKELY) @ TOR Erik Källgren (CONFIRMED)
Projected Lineups:

Three Storylines:
The Auston Matthews Bowl
By now, we all know the story. And if you don’t, you will by the time next summer hits, when Matthews is eligible to talk contract extension with Toronto. In 10 career games against his hometown Coyotes, the 25-year-old has tallied five goals and one assist. Matthews has yet to have that signature game against Arizona, so maybe it comes tonight?
Turning to Källgren
Just a few days after being recalled from the AHL following the injury to Matt Murray, Källgren will get the nod for his first start of the season. In 14 appearances with Toronto in 2021-22, the 26-year-old was 8-4-1 with a 3.31 goals-against and a 0.888 save-percentage.
Trap Game?
It would be so Leafs if they lost this game, right? Well, as mentioned, they dropped both meetings last season, and that Coyotes team wasn’t much better than the current one. Additionally, since 2015, the Leafs are 4-10-0 head-to-head against Arizona. Buckle up, folks.
BETTING:
Courtesy our friends at PointsBet Canada, here’s tonight’s lines & odds:
(As of Noon EDT)

Editorials
Leafs Goaltending: At the quarter-season mark
Do Not Sell My Info
Privacy Settings