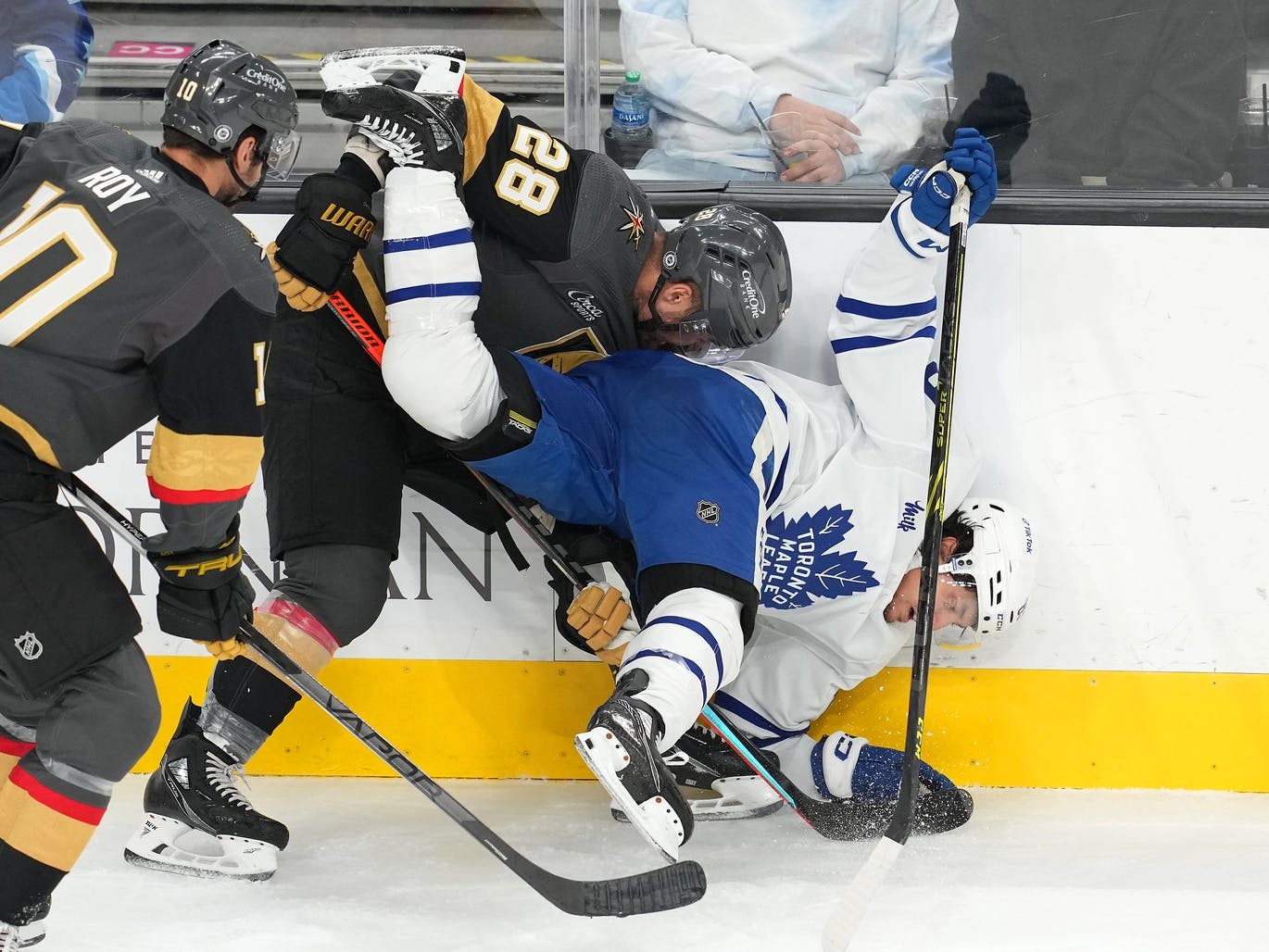 By Nick Alberga
2 months ago
Exactly two weeks ago, the Leafs no showed in Sin City. Tonight, they’ll get a chance for some retribution.
It’s the battle of the win streaks from Scotiabank Arena as Toronto (7-4-2) entertains Vegas (11-2-0).
As referenced, back on October 24th, the Golden Knights took the first meeting between these two squads 3-1. They didn’t know it at the time, but that victory set the table for their current seven game heater. Also, don’t be fooled by that score line, it was not close.
Meantime, after a dreadful 4-4-2 October, Toronto has won three in a row to start the month of November. They upended Philadelphia last Wednesday before sweeping an impressive back-to-back this past weekend against Boston and Carolina, respectively. For what it’s worth, they’ve yet to win four straight games this season.
Of note, John Tavares is one goal shy of No. 400 for his remarkable career.
Time: 7 PM EDT (TSN4)
Starting Goalies:
VGK Logan Thompson – LIKELY (6-2-0, 2.01, 0.934)
@
TOR Erik Kallgren – CONFIRMED (1-1-2, 2.76, 0.904)
Projected Lineups:

Three Storylines:
DON’T LET HISTORY REPEAT ITSELF
I hate looking back, but it’s tough to forget that terrible outing in Vegas 14 days ago. And I mean, it’s easy to remember, Phil Kessel tied the ironman streak that night. To put it bluntly, the Leafs were awful in that game. They looked disinterested and lethargic, but who hasn’t felt that way at some point in time in Sin City? I know I have. Let’s hope they come out with a bit more jam and energy tonight, something we’ve seen an abundance of during this little run they’ve been on. I’m really feeling good about this team right now. Of course, as we know, in one fell swoop, that can change on a dime. Keep it going!
PATIENCE IS A VIRTUE
Surprise, surprise, Bruce Cassidy is doing in Vegas what he did in Boston. One month in, the Golden Knights are among the best defensive teams in the league. They’re No. 1 in goals against (2.08) and seventh in shots on goal against per game (29.9). On top of that, they’re No. 1 in fewest penalty minutes per outing (5.3). So, with all that in mind, the Leafs need to play smart. Furthermore, they need to capitalize on mistakes, something Vegas did to them in the first meeting.
SPECIALS TEAMS BATTLE
If there’s one negative to harp on from Vegas’ unreal start, I suppose it’s the 20th ranked PK (76.7%). They’ve allowed seven goals in 30 times short. Again, they’re very disciplined, which makes it even more important for the Leafs to strike when given the power play opportunities. If Toronto plays the way they have lately, they’ll be able to draw some penalties. Capitalize!
BETTING:
Courtesy our friends at PointsBet Canada, here’s tonight’s lines & odds:
(As of Noon EDT)
Prop Play:
Over 6.5
Editorials
News
Recent articles from Nick Alberga