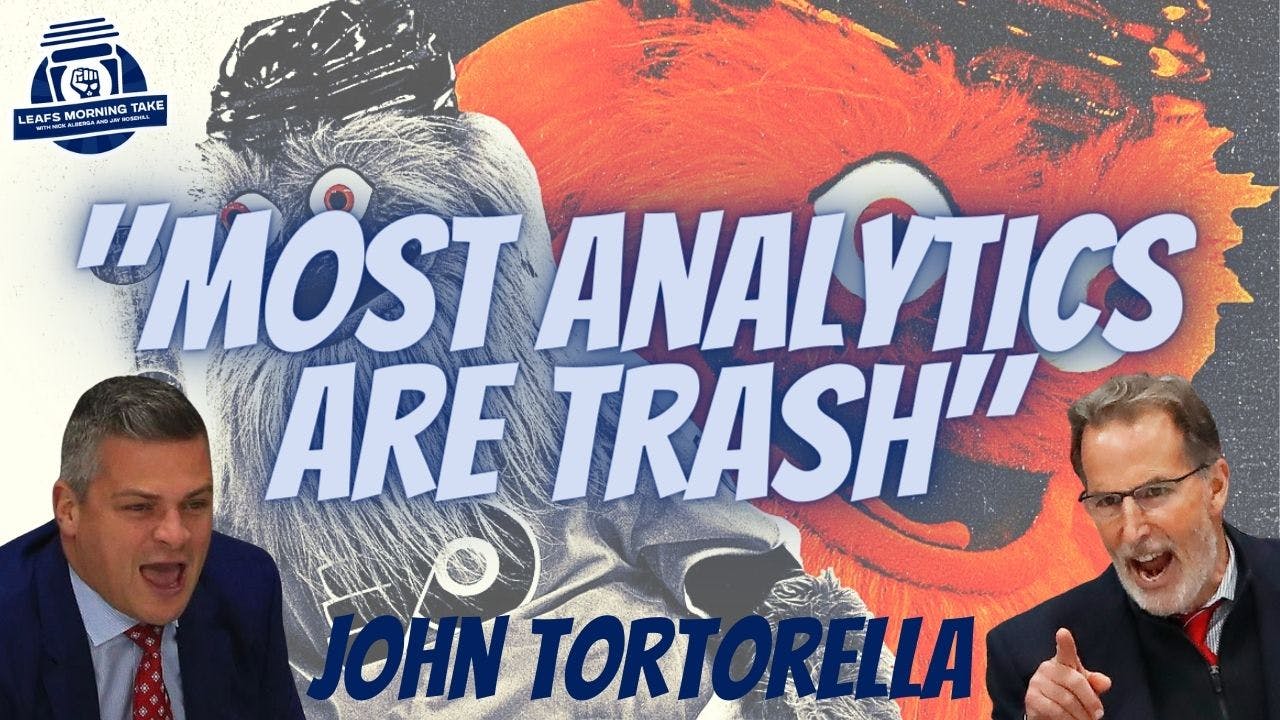 By Nick Alberga
2 months ago
Following their ugly five-game road trip (1-2-2), the Leafs will be back in action tonight when they host the surprising Philadelphia Flyers (5-2-2).
And so, the hump day edition of Leafs Morning Take offered up an extensive preview of the matchup and what Toronto needs to do to get back in the win column. The Leafs, who went 4-4-2 in October, will play 9 of their 15 games in November on home ice. Rosie and I brought the heat when it came laying out some keys to victory.
Meantime, Pontus Holmberg is expected to make his NHL debut. I have no problem with the kid getting a look, especially after his solid showing in training camp, but why is it coming at the expense of Nick Robertson? That’s the major question here. Don’t forget, the Leafs are averaging just 2.7 goals per game, so why take out an offensive threat? We debated.
Also, as we’ve been doing every Wednesday, we took a look at the up-to-date Atlantic Division standings. The Boston Bruins, who everyone and their mother wrote off before the season even started, are on a tear like no other to start the year. You hate to see it, you really do.
Now to the PointsBet Canada bet of the day. The price on Toronto is ridiculously juiced, so there’s only one place to look here for value, unless you want to bet on Philadelphia.
Coming up on Thursday’s show, we’ll have a full breakdown of tonight’s game, plus former Flyer Scott Hartnell is expected to drop by.
Don’t forget to subscribe, like, and leave us a review wherever you’re checking us out!
Shows
Recent articles from Nick Alberga