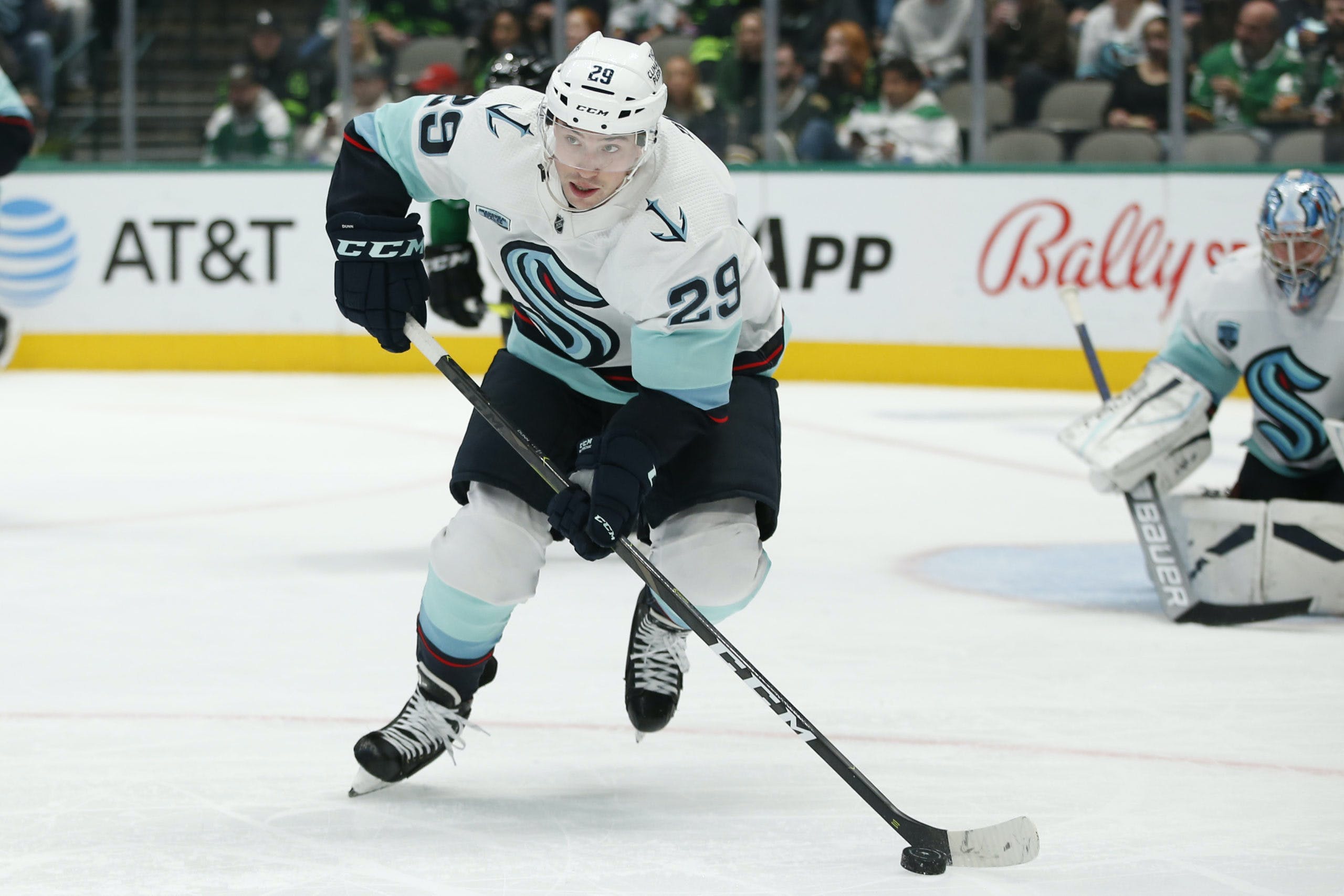 By Jon Steitzer
11 months ago
It’s hard to ignore that there has been an upswing in trade rumours and speculation of late. That kind of comes with the territory of it being seven weeks away from the trade deadline. In the spirit of that, and the spirit of the Leafs presumably targeting a top-four defenseman, I’ve asked the TLN crew to weigh in on who should be targeted with the question: “Which impact defenseman should the Leafs target before the trade deadline?”

Calvin de Haan may be a left shot defenceman that the Leafs have aplenty, but he could be a massive defensive upgrade at a smaller cost compared to some of the other pending FA blueliners. His offensive upside my be limited, but that isn’t what he does best. de Haan has been effective at limiting high danger chances, getting in the lanes to block shots, and plays a physical brand of hockey that could make for an effective shutdown pair alongside Jake Muzzin. The two big questions that will need to be answered is can he play effectively on the right side and will he be able to stay healthy. So long as he can confidently slide to his off position and can remain in the lineup. de Haan could be the missing piece for the top four at a fraction of what the other options could for (ex: Josh Manson).

I don’t think the Leafs need to specifically target a right-shooting defenceman. I’ve long been a proponent of the idea that handedness does not matter, it doesn’t matter if you have 6 left shooting defenders, or 6 right shooting defenders, just play your 6 best defencemen. Testiment to that idea is TJ Brodies, who is one of the Leafs best defencemen, yet there he is, playing his off side every single shift and excelling.
Back to the question at hand, I want that line of thinking applied to whichever deal the Leafs eventually make, I don’t care if it’s Mark Giordano, Josh Manson, Calvin de Haan or any number of other potential trade candidates, get someone who can play top-4 minutes regardless of which way they shoot.

I think a lot of their decisions will depend on Muzzin’s condition. If he’s close to 100% when he’s able to play, I wouldn’t look to give up assets for a top 4 RD, especially when you consider how small that market currently is. Muzzin-Holl has had a large sample of being good in tough deployment and were better this year right before Muzzin got injured. Liljegren didn’t grade out well with the metrics when next to Muzzin, but his skill-set and upside makes him an appealing backup plan if Muzzin-Holl doesn’t work out. If the Leafs do make a trade for a defenceman, they could look for a bottom pair RD to play alongside Sandin. As of right now, Dermott and Liljegren have been solid but have been mistake-prone when up against an aggressive forecheck. When we consider the Leafs most likely first-round opponents, Tampa and Boston, this is something that should be considered. In addition, neither Dermott nor Liljegren are really relied on when Toronto has a lead or are strong penalty killers. A player like Ilya Lyubushkin or Luke Schenn could give them a risk-averse option for their third pairing and on the penalty kill. While I think acquiring an impact forward should be Toronto’s number one concern heading into the deadline, a depth defenceman could also help as well.

Two players who haven’t been discussed a whole lot are Vince Dunn and Ryan Graves. Both players have one year left remaining on their deals and I think the two could bring positives to Toronto. Dunn is more of an offensive-minded player, who’s playing on a struggling Seattle Kraken team. (I know the Leafs don’t really need more offensive defencemen, but it could work.) I think it would be interesting to see what Toronto would have to offer to get him. He’d also be an RFA after next season, and you can’t forget that he’s a Stanley Cup champion. Graves, on the other hand, is more of a two-way defenceman, at times being able to produce offensively, but playing strong defense too. He’s a big body that fits the bill of what’s needed on Toronto’s back-end. These two guys are shots in the dark, but they interest me and I think it’d either one would be a good addition to the Maple Leafs.

I don’t know how realistic this option is but Shayne Gostisbehere is with the very, very bad Arizona  Coyotes and since they got him basically for free, he should be a cheap player to acquire, even if we talk Arizona into retaining salary. I’m not sure if the dollars can even work there; all I know is that he’s having a pretty good season and it would be fun as heck to see him in the prime time again.

Normally when it comes to roundtable responses I try to be a bit more grounded. Not so much today. If the Leafs are going to trade for a top-four defenseman, they should acknowledge that the need isn’t going to be limited to this season, and pay the premium to get a non-rental solution.
The name that immediately comes to mind, and is my personal preference is Jakob Chychrun. He has the talent, and it’s showing on a very bad Coyotes team. He’s likely to regain his form quickly with the Leafs, and the $4.6M price point is something the Leafs can benefit from for a while. Presumably the first is gone no matter who the Leafs pursue, so why not pay a little more to get a defenseman you can be part of the solution for the next few seasons. Even if it costs you a couple more pieces.
If the left shot or highest possible price doesn’t sit right with you, Damon Severson has been speculated on as well, and his right shot and slightly lower price tag should have some appeal. I know the two games against the Leafs this week have hurt his value when assessed by your eyes, but don’t sleep on Severson.
Let us know your thoughts. Which blueliner should the Leafs target? Should they target a defenseman at all?
More from theleafsnation.com
Uncategorized
Recent articles from Jon Steitzer