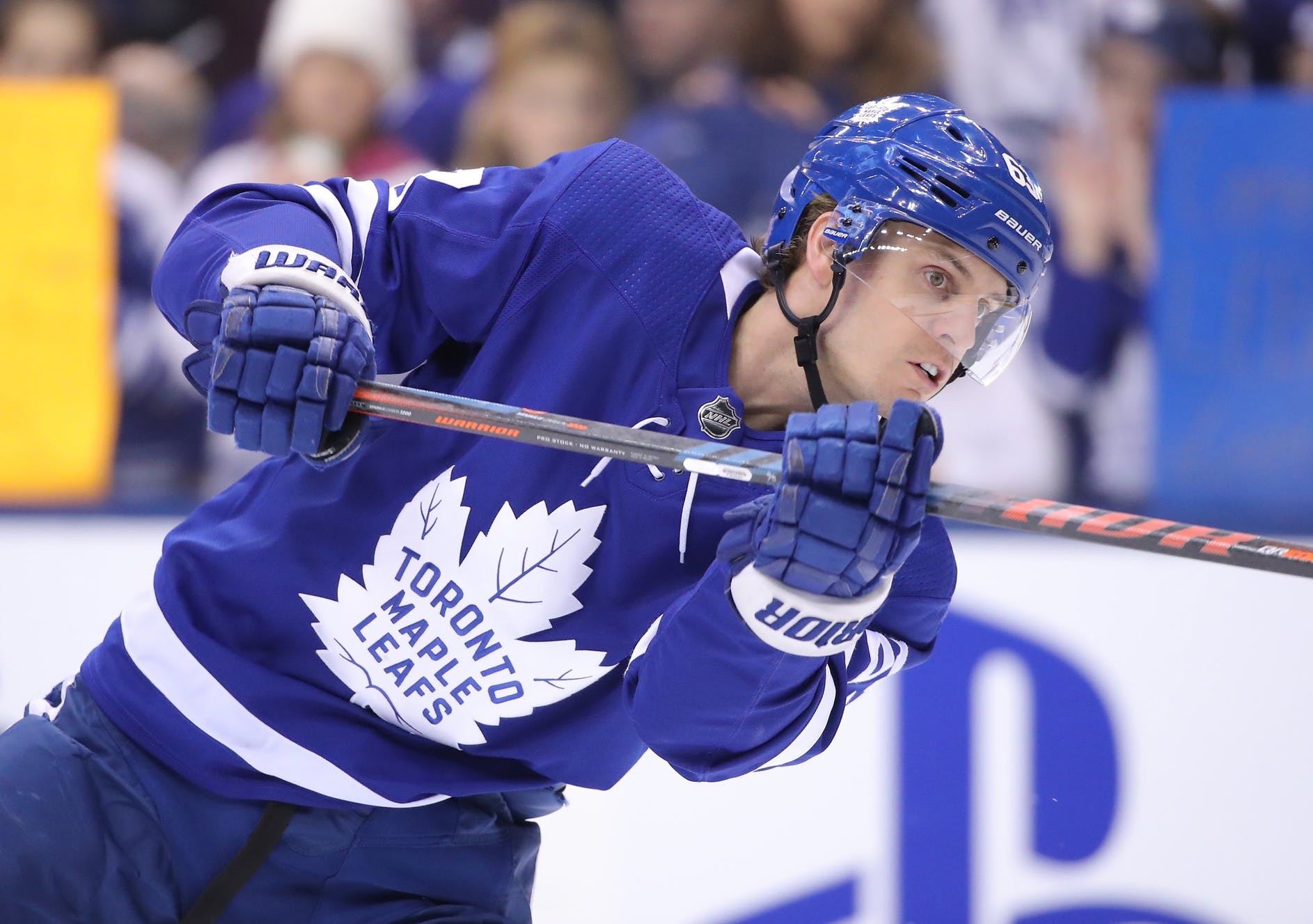 By Michael Mazzei
1 year ago
During the recent Saturday Headlines segment on Hockey Night in Canada, Elliotte Friedman mentioned that the Leafs were in the market for an additional forward. Which makes sense given that both Joe Thornton and Nick Robertson are out for a month and some of the healthy forwards are still getting adjusted to Toronto’s system.
Which is why the news of who was placed on waivers this afternoon could not have been better for the Leafs:
You may recall that @Tyler Ennis played with the Leafs during the 2018-19 campaign and did well by scoring 12 goals, eight assists, and 18 points in 51 games. By many accounts, the players and organization loved him and his hard work earned him a Bill Masterton Trophy nomination. He split time between the Ottawa Senators and the Edmonton Oilers last year and had his best statistical performance since the 2014-15 season as he recorded 37 points in 70 games.
In terms of why the Oilers would want to put Ennis on waivers in the first place, my guess is so that he can shuffle back and forth between the main roster and the taxi squad. This is similar to what the Leafs did with @Jason Spezza, who’s agent helped ensure he didn’t get claimed by declaring his client would retire if another team got him.
So why would the Leafs consider bringing back Ennis for a second go-around? Beyond the fact that he will be arriving in a familiar environment, he actually checks off a lot of boxes of what they are looking for.
The top left-winger on the Leafs depth chart currently is @Jimmy Vesey due to Thornton and Robertson being injured. Since both will be out for a month, they will need some offensive reinforcements to stem the tide while they recover. Not only does Ennis play left-wing, but he has also proven to be able to move up and down the lineup when needed and remain productive. It will certainly come in handy for the Leafs given they are trying to get their bottom-six forwards to start producing.
Toronto would only have to give up a roster spot instead of having to sacrifice assets to acquire a player that fits the mould. They would, however, also need to take on Ennis’ $1 million cap hit to get him into the lineup. Given that the Leafs are already pressed up against the cap even with Robertson and Thornton on LTIR so they will need to make a corresponding move so Ennis can play (likely dropping one of @Alexander Barabanov or @Pierre Engvall to the taxi-squad).
Perhaps most important is that Ennis would not have to quarantine if the Leafs claimed him off waivers due to remaining inside the Canadian borders. So instead of having to wait a week or two before donning the Blue and White, he can join the team in Alberta and play this week.
When factoring everything into account, it makes total sense for the Leafs to place a claim on Ennis at noon on Tuesday. He is familiar with the organization that loves him, is still a productive forward, plays the position needed, and the team won’t need to give up assets to get him. His $1 million AAV means Toronto will need to make some adjustments, but that’s offset by Ennis not needing quarantine.
Now we wait and see if Kyle Dubas goes through with bringing back the 31-year-old forward.
All stats unless otherwise noted are from Hockey-Reference.com
All salary information is from PuckPedia.com.
Uncategorized
Recent articles from Michael Mazzei