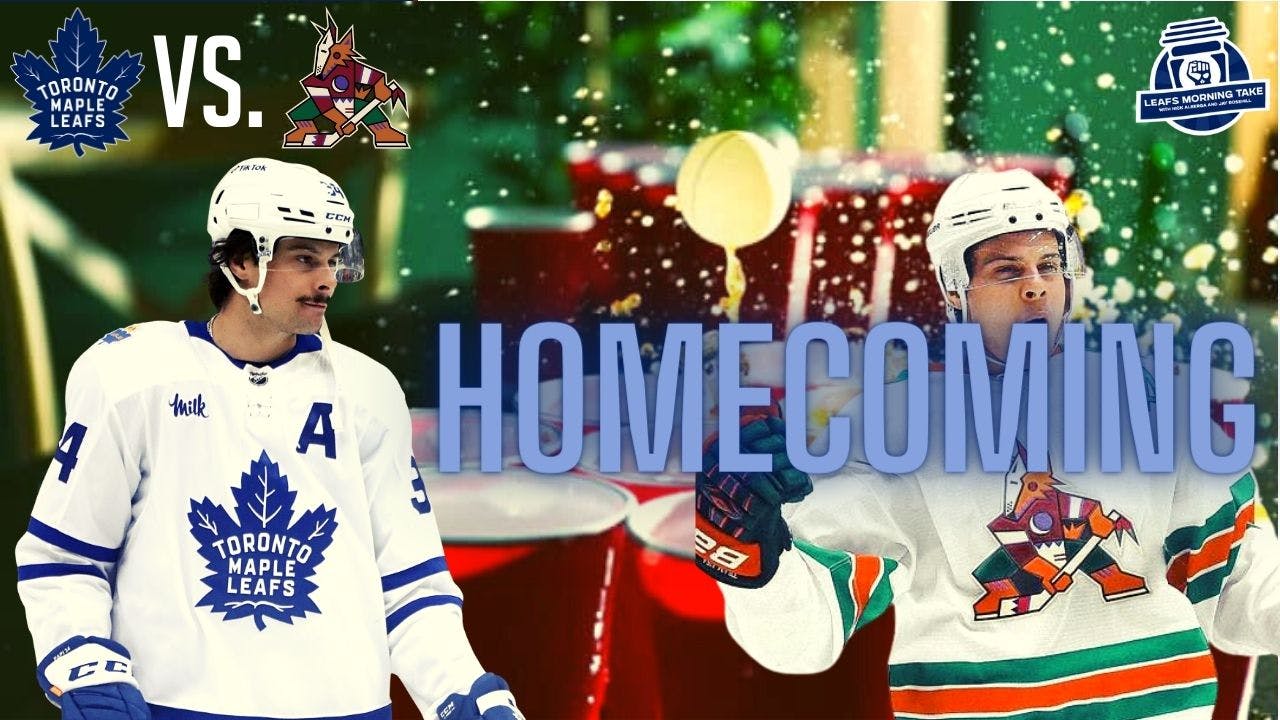 By Nick Alberga
1 month ago
After going 12-2-1 without him, Morgan Rielly will make his return to the Leafs lineup tonight as they visit the Arizona State University Coyotes.
Can’t forget about Conor Timmins’ return either, I can’t wait for his video tribute.
Seriously, dollar beer night has to be a thing at Mullett Arena, right? I would hope so.
At any rate, Rielly’s been out since November 21st when he tweaked his knee in an awkward collision with Islanders forward Kyle Palmieri. As mentioned, Toronto hasn’t skipped a beat since, but if there’s one area he could positively impact, it’s the struggling power play. Over the past 15 games, the Leafs are 8-for-47 with the man advantage. Even though it looks like they’ll start tonight’s game with the five forward first unit still in-tact, I don’t expect that to last very long.
Rosie and I offered up a full Leafs/Yotes preview on today’s edition of Leafs Morning Take.
Meantime, we also tied a bow on the calendar year 2022. Personally, my favourite Leafs related memory was watching Auston Matthew score 60 and become the first Leaf in 67 years to win the Hart Trophy.
Lastly, we wrapped with the PointsBet Canada bet of the day:
We’ll be back with you on Tuesday at 11 AM ET.
Happy New Year!
Don’t forget to subscribe, like, and leave us a review wherever you’re checking us out.
Shows
Recent articles from Nick Alberga