What if…the Leafs go big in the trade market 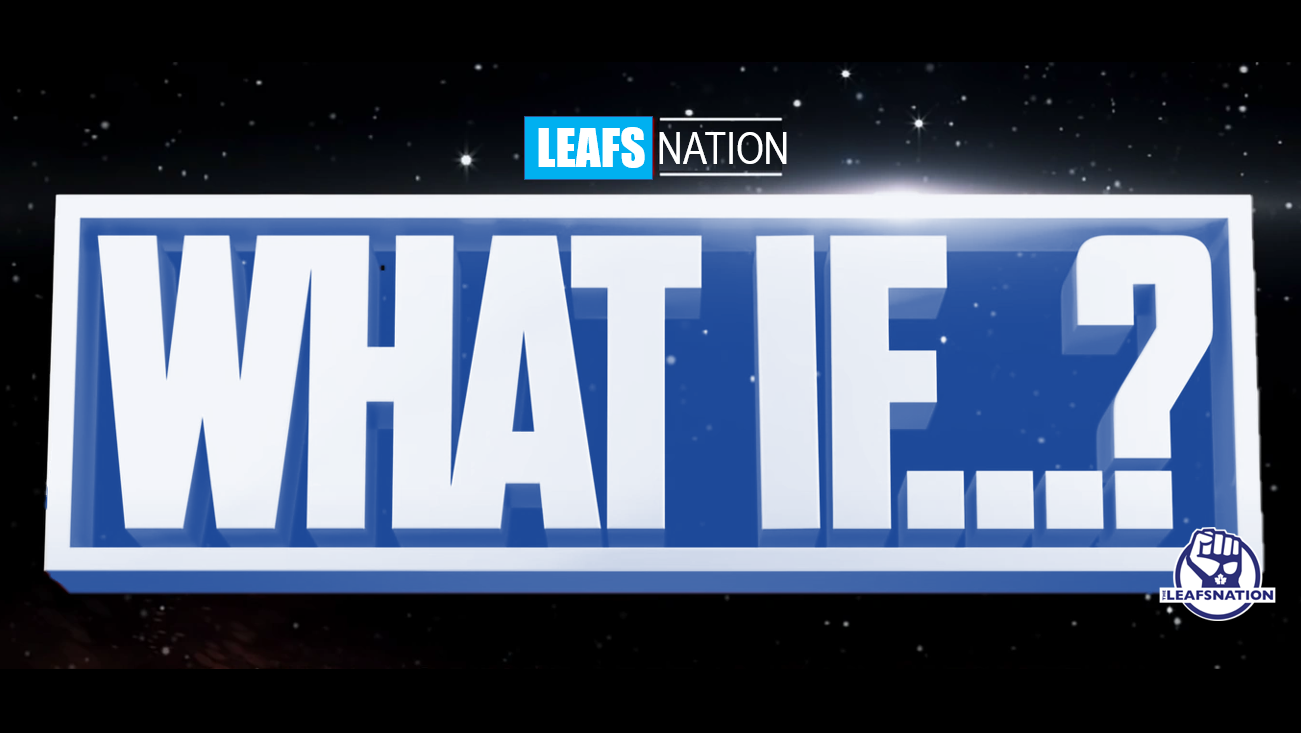 By Jon Steitzer
18 days ago
Money burns a hole in my pocket. So naturally, the idea of spending someone else’s money has even more appeal to me than spending my own. The Leafs are presently in a situation where they have $2.1M of cap relief available, but that is also with a 21 player active roster and 2 players still on the injured reserve as well. The return of Samsonov guarantees the demotion of Kallgren, but Brodie’s return certainly doesn’t mean another demotion is coming or necessary either. It could be the Leafs will be looking to spend around $3M freed up by Muzzin’s long term (or permanent) departure, but if the Leafs wanted to pursue more expensive options, salary dumps, or going as low as a 20 player roster remain options as well. So while there is no reason to believe anything is imminent, let’s explore what would happen if the Leafs went big in the trade market this season. And most importantly, what will it cost Toronto.

For the purpose of this exercise, I don’t wish to go too in-depth on the potential targets. There aren’t any shortages there. It seems that most of the media have identified the biggest need for the Leafs to be on defense, especially given that the relief would be about replacing Jake Muzzin. I don’t fully buy that approach, or at least not yet.
The Leafs goaltending situation is still as volatile as ever, and while the Leafs have a presently healthy Matt Murray, and high performing Ilya Samsonov before his injury, expecting the Leafs goaltending to not look like a primary need for the remainder of the season is asking a lot of the Leafs as well.
All of that being said, I can’t help but think the best bang for the Leafs buck will come from pursuing a high impact forward. It could be a readily available option like Vladimir Tarasenko who has been looking for an out from the Blues for a number of years, and now they find themselves near the bottom of the league. It could be a high need position at center, and the Leafs could pursue Bo Horvat from the struggling Canucks as well. Timo Meier is certainly another name worth mentioning if I’m to continue the theme of suggesting talented players on bad teams. Meier has the added bonus of being a contract that expires as an RFA.
While the Leafs through salary retention, salary dumps, and LTIR cap relief can now afford these players, there is still the small matter of paying the cost to acquire them. That’s perhaps the biggest challenge that needs to be explored.

What are the Leafs willing to pay, what do they have that teams want?

Let’s identify the first thing the Leafs are going to try to do in any of these moves and that is to try and dump salary to enable future moves as well. That’s not really paying a price, but that is if the Leafs looking to attach Pierre Engvall or Justin Holl to whatever they do. Possibly Alex Kerfoot too, but to some extent, I think trading Kerfoot is more of a fan preference than anything the Leafs are actually considering internally. None of that really counts as part of the return, but I’m not really sure if the Leafs would be significantly driving the price up by putting them in the transaction either.
Now for what teams are actually going to want and that’s the standard: “young roster player, prospect, and a first.” If you aren’t prepared to live in the world where that is what the Leafs give up, then prepare to wish for a speedy recovery for Muzzin. It’s going to cost a lot. Don’t get overly attached to the Leafs first round pick. I don’t doubt the Leafs will pick in the first round this year, but don’t believe it will be with the pick they presently own. If you too can make your peace with that (or lie to yourself about that) it becomes easy to deal with the Leafs giving up a pick that was likely to come late in the first.
Onto the young roster player. This is what should hurt Leafs fans the most because young roster players like Liljegren, Robertson, and Sandin are the kind of affordable players the Leafs need to be competitive not only this season, but beyond. There really isn’t a marketable option beyond those three unless someone really loves Pontus Holmberg, so it’s a bit of a pick your poison option and know that the prospect teams are going to want will hurt too.
When it comes to a prospect for a good player it’s not going to be the Semyon Der-Arguchintsev, Mikhail Abramov, Nick Abruzzese, etc. grab bag that appear on Armchair GM. This too will hurt a little, and for me the names that would hurt the most would be Roni Hirvonen, Ty Voit, and Matthew Knies. I’ve come to terms with Topi Niemela being someone the Leafs have to part with, but if the feisty forward trio is threatened, I’d be bummed. Perhaps the depth of forward prospects makes keeping Niemela all the more important and I’ll have to commit to some rock kicking when the Leafs move on from Ty Voit, but this is certainly a reminder that attempts to upgrade are going to sting a bit.

Analyzing the “What if…”

If the Leafs do go big on a trade the prospect pool takes another big hit at a time when the Leafs should really be hoping for a number of strong entry level contract players coming in to supplement the expensive core of the Leafs. The Leafs will get further away from their Nick Robertson or Topi Niemela options, and the depth with be based on crossed fingers for players like Pontus Holmberg and Ryan Tverberg panning out in a significant way. That’s not a shot at either of them as they can be helpful bottom six players, but it would be nice to have a few more first round pick players competing for those lineup spots as well, and doing so at 19 or 20, and not having to wait for the 23 years to slide in.
There’s also the very real chance that the Leafs once again go the rental route, and that route combined with the Leafs playoff track record generally leads to disappointment, save for the discount re-signing of Mark Giordano.
That said, this is supposed to be the window. This is the time that the Leafs need to convince Matthews & Co. they are serious about winning. All of those prospects we are so excited about, most of them still top out as the next Alex Kerfoot or Justin Holl. If you can get a sure thing player and potentially get that sure thing player well in advance of the trade deadline, it’s probably worth paying the price*.
*Unless they are trading for Nick Foligno.
Editorials
Recent articles from Jon Steitzer