What the Maple Leafs’ Heritage Classic jersey may look like 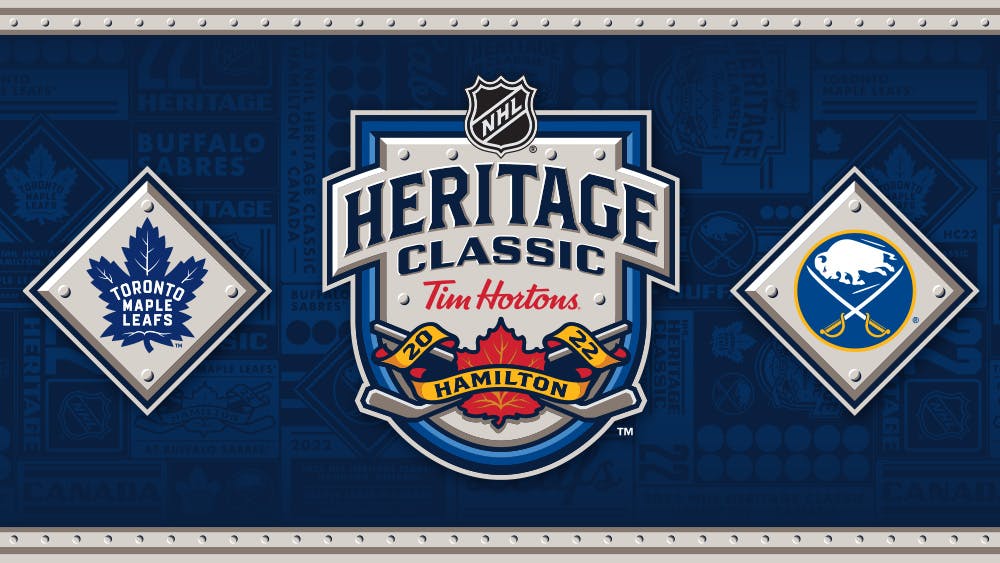 By Stephen Brown
10 months ago
The Heritage Classic between the Toronto Maple Leafs and Buffalo Sabres on March 13th in Hamilton is fast approaching. Although, I can understand if the excitement has been buried a bit because of the uncertainty if the game goes due to possible local public health restrictions.
Putting that aside, let’s do our best to take a swing at how the Maple Leafs’ Heritage Classic jerseys will look. I have some insight from a source, but I’ll still be making an educated guess.
Firstly, it isn’t odd that we are a little over a month away from the date of the game without an official unveiling yet. When the Leafs took on the Red Wings in the Centennial Classic, the jerseys got revealed on November 21st for the January 1st scheduled game. When the Leafs took on the Capitals in the 2018 Stadium Series, an announcement didn’t come until February 10th, less than a month before the March 3rd game.

What an odd choice of players to market either jersey. Anyway, even though the game is in Hamilton, the Leafs will be the away team for this matchup with their QEW rivals. That’s important in determining what the jersey will look like because, in today’s NHL, the away team typically wears light colours. Convenient enough for us, the modern St Pats jerseys are mainly white and considered a heritage uniform. Case closed? Well, St. Patrick’s Day is March 17th, so a St Pats themed jersey isn’t out of the question for the March 13th game. Also, if you happen to have seen Carolina’s schedule, the Hurricanes are slated to wear their home reds in Toronto on St. Patrick’s day. This, and what I have heard from a source supports that the Leafs will be wearing their white St Pats jerseys again this season.

Personally, that would be boring if the Maple Leafs dragged out something old and just slapped on a Heritage Classic event patch. It also probably wouldn’t sell very well as people have had several years to purchase an Adidas branded St Pats jersey. The game’s proximity to St Patrick’s day and the team’s connection to the St Pats cannot be ruled out, though. Some even speculated that the old design of the St Pats jerseys from the early 2000s would make a comeback. But again, the jersey is primarily dark green and this would clash with the Leafs being the away team in this game. Perhaps, the old St Pats design but with flipped colours?

Courtesy NHLUniforms
I heard that the inspiration for their Heritage Classic jersey comes from the early 1900s. The design has also been redone before but tinkered with for the event. All of this leads to them wearing some form of St Pats Jersey. But I have a hard time believing they would dive back into that well twice in the last six years. The Maple Leafs do have another uniform they’ve worn a few times that is also a heritage jersey, though. It was first brought back in the 1996/1997 season to celebrate the 65th anniversary of Maple Leaf Gardens (1931-1999). The jerseys were marked as limited edition and numbered 1 to 1931. As a big Maple Leafs jersey collector, I am fortunate to own one in pristine condition.

If the jersey looks familiar, it’s because it was also the inspiration for the team’s 2014 Winter Classic jersey.

My best guess for what the Maple Leafs will wear in the 2022 Heritage Classic against the Buffalo Sabres, is a reversed version of this jersey.

Courtesy @SammyT_51 on Twitter
I am not saying this is what I think the jersey will be. It’s just a close match to what the colours on that 1931 inspired jersey would look like when reversed to match an away jersey. Looking through the Maple Leafs’ jersey history, there are no others that compare to what I had heard from the well-connected source. It’s either this or a St Pats inspired jersey. The source could be wrong, but I doubt it. The purpose of sharing this is not to be first or right. As a big-time jersey collector, I am just compiling the information that has been put together by others in the hobby, going off what I had heard from the source, and combining the two to formulate an educated guess. If you would like to see more of my Maple Leafs jersey collection, you can view it here on Instagram (@DTSBJerseys)
Uncategorized
Recent articles from Stephen Brown