Why now’s not the time to bet on the Leafs 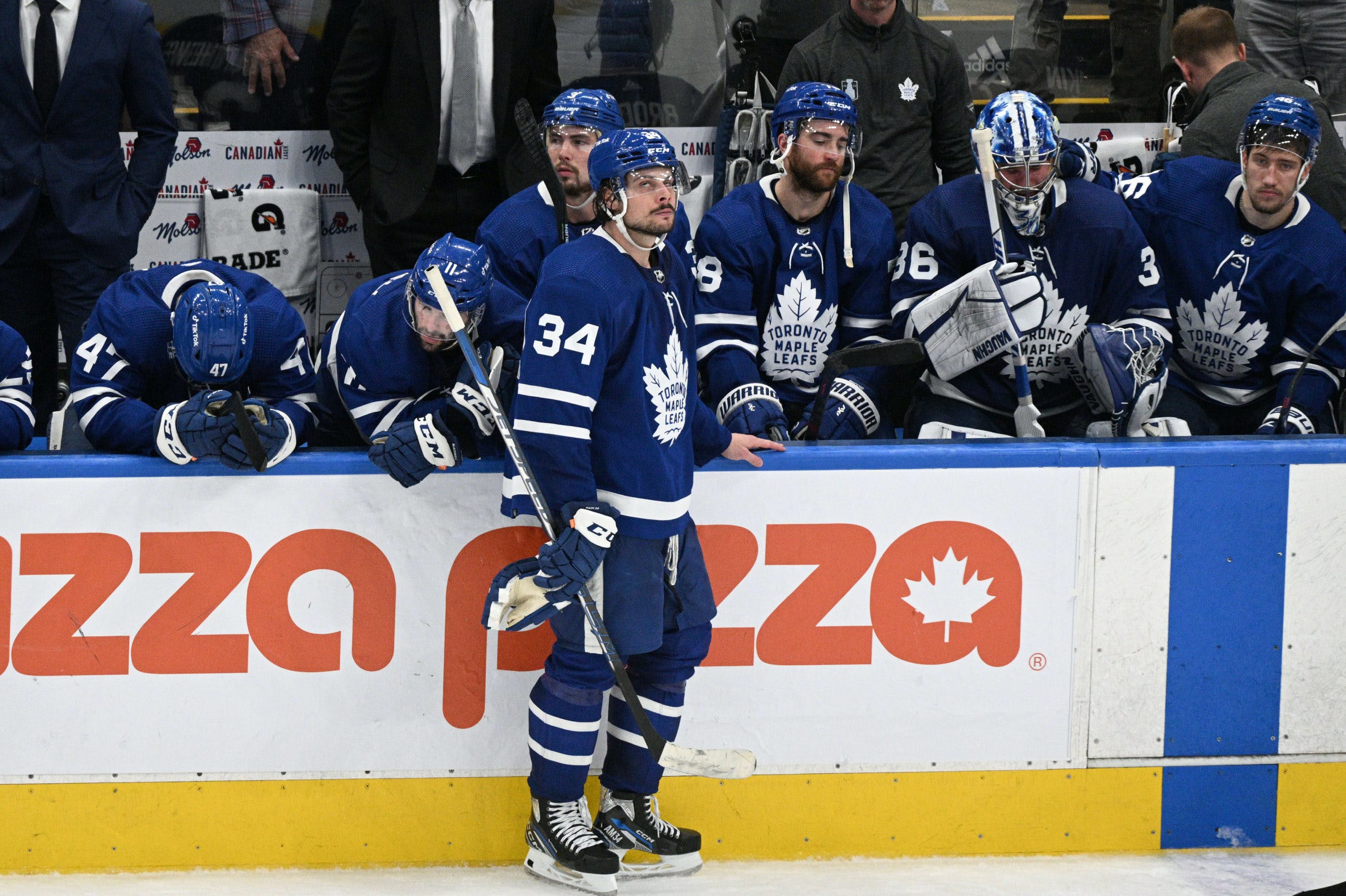 By Nick Alberga
1 month ago
If you’re looking to place some action on Leafs futures, DON’T DO IT.
And the reason why is not what you think.
In layman’s terms, the juice is just not worth the squeeze right now. In recent seasons, the prices have been inflated, which is normal for Toronto, but nothing compared to what the market looks like as we inch closer to puck drop for the 2022/2023 campaign. Honestly, it’s reaching a Nicolas Cage Leaving Las Vegas addiction type level.
So, why’s the big-time question. Well, it’s pretty simple.
For starters, the Maple Leafs are one of the most popular teams in the league, which means by proxy, casual fans will bet on them more than say a Minnesota or a Columbus. It doesn’t matter how good or bad they truly are, the money will continue to pour in on them. So, because of that, bookmakers are forced to adjust on the fly to protect themselves against being on the wrong side of the outcome. Simply put, they lower the odds to encourage betting elsewhere.
In addition to all that, odds are run through a computer model, and not public perception. Very clearly, AI doesn’t take previous history and shortcomings into account when sourcing information. My apologies for opening up 55-year-old wounds.
At any rate, via PointsBet Canada, let’s take a closer look at the Leafs from a betting scope:
Stanley Cup (+900)

That’s right, next to the defending champion Colorado Avalanche (+425), Toronto boasts the second lowest odds to go the distance this season. There’s no need to remind anyone in this space, we all know when the last time the Leafs hoisted Lord Stanley was. That said, one would argue they’re severely due, right?
Eastern Conference Champion (+400)
Furthermore, the public money suggests the Leafs have the best chance to make it out of the Eastern Conference and advance to the Stanley Cup Final. Toronto hasn’t won a playoff series in 18 years and haven’t skated in a Conference Final since the 2001-2002 season when they fell to the Carolina Hurricanes in six games.
Presidents’ Trophy (+650)
Once again, the Maple Leafs possess the second lowest odds – next to Colorado (+275) – to tally the most points in the regular season. For what’s it’s worth, the Presidents’ Trophy has been handed out 36 times, not once to Toronto.
Atlantic Division (+180)

Undeniably, the door is wide open for the Leafs to take home the Atlantic Division title this season. Florida and Tampa have the long game in mind and Boston has some big-time injury concerns entering the season. Also, don’t sleep on the Ottawa Senators either. Toronto’s last division title – its first in 20 years – came in 2020/2021 when they were crowned Kings of the North.
FINAL CALL
Patience is a virtue. That’s probably the best advice for someone looking to lay some coin on the Leafs this season. Right now, there’s just not much cooking in the way of value, you won’t be getting the best bang for your buck. Instead, it would be wise to attack the in-season futures market. For now, just sit back, wait for the puck to drop, the market to overreact, and then pounce accordingly.
Good luck!
More from TheLeafsNation.com
News
Recent articles from Nick Alberga