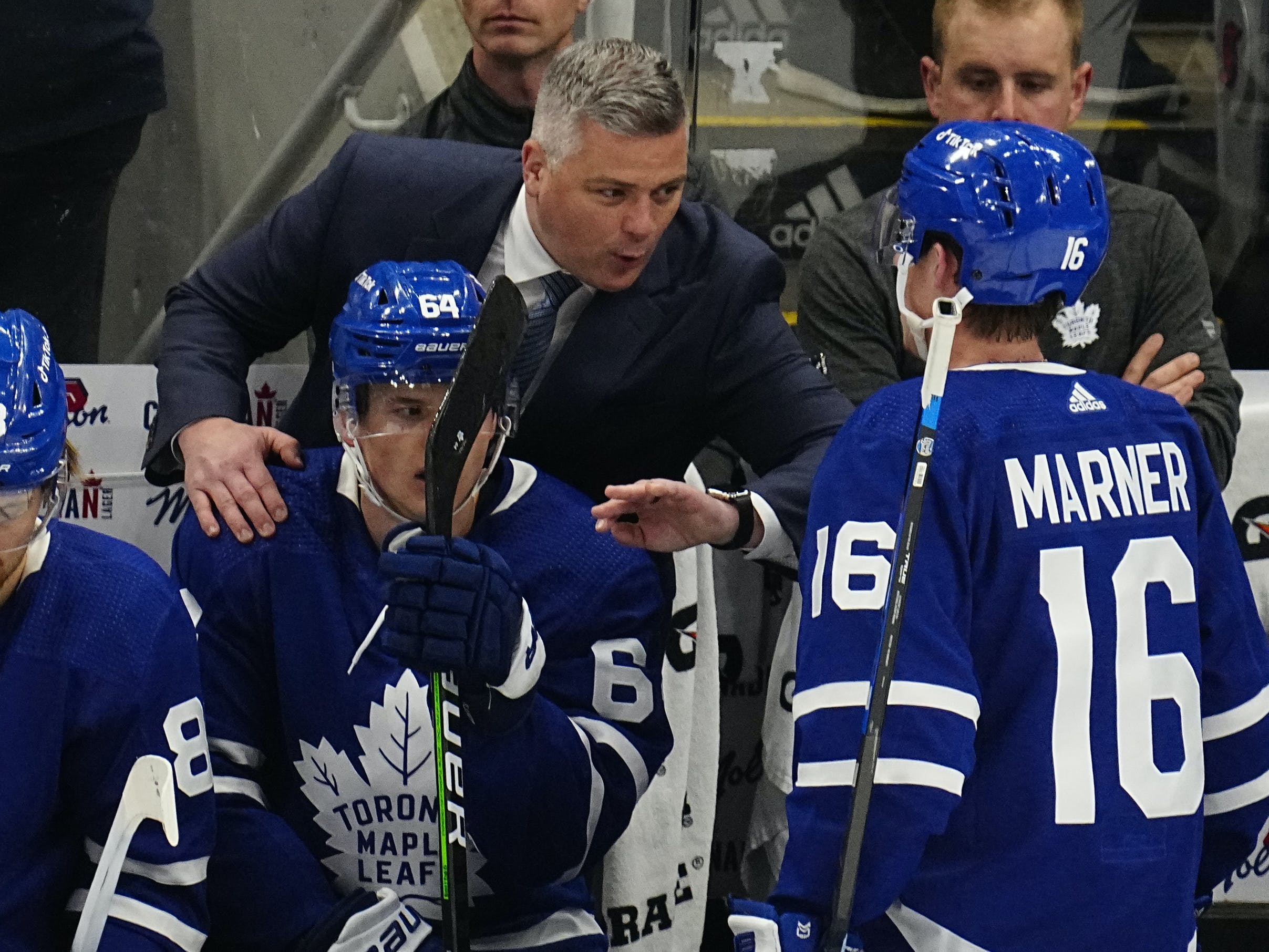 By Nick Barden
1 month ago
The Maple Leafs entered some familiar territory on Saturday night, playing in their eighth overtime this season. But there was something specifically off about the beginning of it.
Toronto, like almost every other team in the NHL, run their usual suspects in overtime. For Maple Leafs head coach Sheldon Keefe, the regulars are Auston Matthews, Mitch Marner, and Rasmus Sandin (with Morgan Rielly out).
That’s usually how it goes before they throw out John Tavares, William Nylander, and one of Sandin or Rielly, when the team is full healthy.
In one instance this season, though, Keefe rolled out Tavares to begin overtime and Toronto ended up losing that game. Fans were upset by that because Matthews — their best goal-scorer — was left on the bench and had no control of Toronto’s fate in that overtime.
What was fascinating about Saturday night was that Keefe didn’t start any of the ‘big four’ against Calgary in overtime. Instead, it was David Kampf, Timothy Liljegren, and Sandin.
But why?
“I figured Sandin would be the most likely to take a stick in the face,” Keefe said jokingly before revealing why he did it.
“It’s no secret that things haven’t gone well for us in overtime. We’ve tried a little bit of everything in terms of mixing and matching our top four guys and it hasn’t gone well. And the reality is, we’ve lost to some teams that have taken a little more conservative approach off that start. I think, given what we’ve been through, I think we needed to shock the system a little bit and try something entirely different.”
Earlier on Saturday, the Toronto Marlies were playing at home against Rochester. Late in the third period, the Amercs were able to score, tying the game at three and forcing overtime. That, to me, is where this little overtime experiment began.
Marlies head coach Greg Moore — instead of starting his firepower of Bobby McMann or Alex Steeves with Logan Shaw — he started William Villeneuve and Mikko Kokkonen with Shaw.
Once that happened, Toronto took the faceoff, won it, and had McMann hopping on the ice right away. At that point, I thought my eyes were deceiving me because McMann and Villeneuve are one jersey number apart.
However, when the Maple Leafs did it later that night, I knew it my eyes were correct all along.
“I believe I had seen Sheldon [Keefe] do it before,” said Moore about the overtime start after Monday’s Marlies practice. “The opening faceoff, if you lose the draw, you guarantee you have two defenders on the ice while they have possession of the puck. And if we win the draw, we can get one defenceman off, get a forward out there, and then go with two forwards and one D.
“It’s essentially trying to be smart with the type of player we have on the ice based off the win or loss (of the faceoff).”
This way of starting overtime is fairly interesting because whichever team does it can set themselves up for success right out of the gate. It makes a lot of sense to roll out two defencemen to start before gaining possession and bringing on a second forward.
That’s a very safe way to go about having success in overtime.
It’s yet to be seen if the Maple Leafs will continue this trend in the near future, because well, they need to get to overtime again. That, and, since it worked out in their favour on Saturday, maybe they go back to starting their regular trio next time around.
Either way, it was a fascinating roll out and I wonder if the Marlies keep testing it out to see how well it works for them.
Editorials
Recent articles from Nick Barden