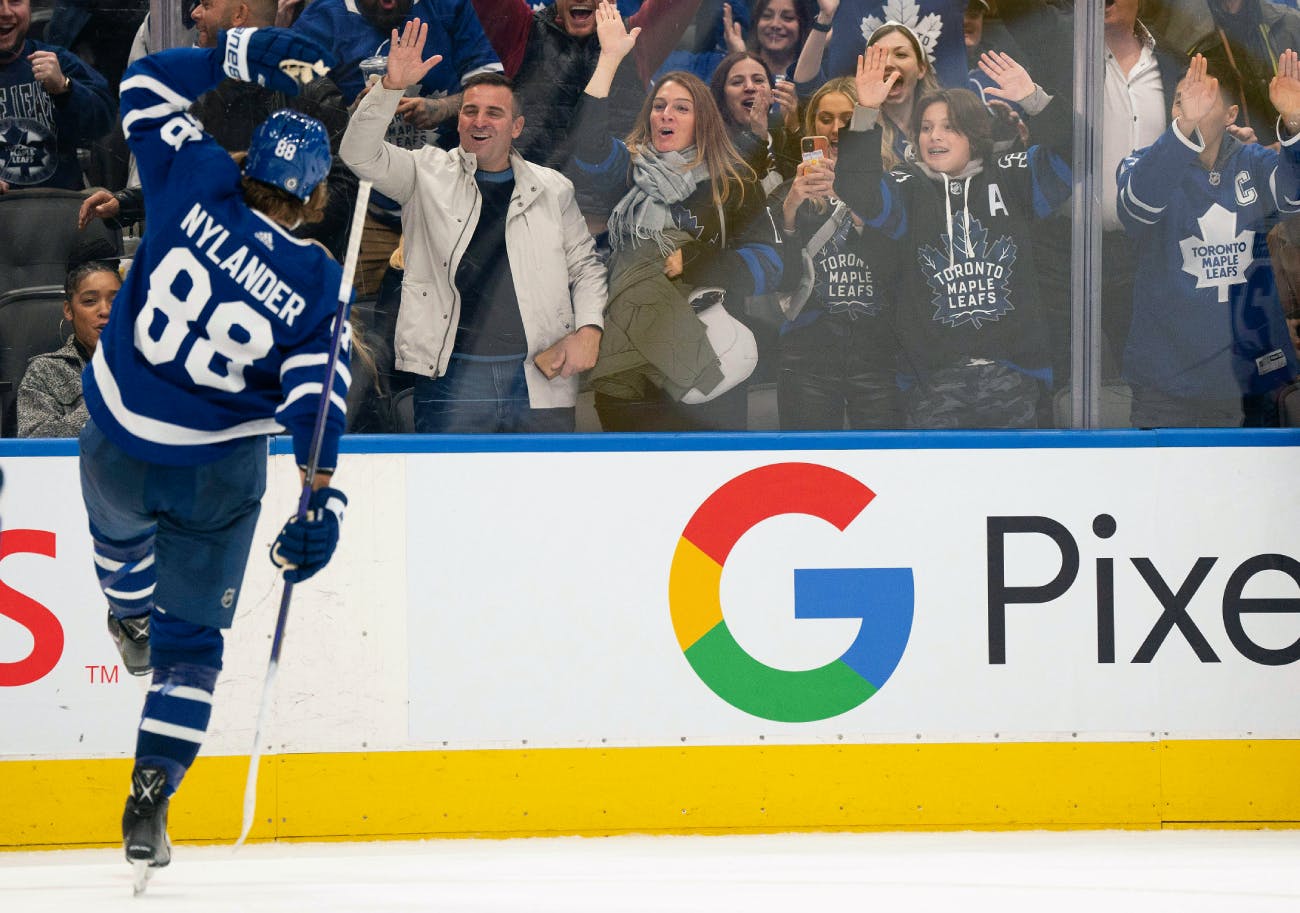 By Steven Ellis
11 days ago
It’s unlikely you’re going to find William Nylander’s game-tying goal in his post-retirement tribute video one day.
It was a flutter of a shot, tipping off a stick in front and beating New Jersey Devils goaltender Vitek Vanecek on Thursday. The Leafs ultimately lost 3-2 in overtime, giving the Devils their 11th consecutive victory.
Given the opponent, it was a solid performance. And once again, Nylander found himself on the scoresheet, giving him 12 points in his past 11 games. He has four goals in that span to give him eight on the season – putting him on pace to tie his previous career-best of 34 he set last year. Nylander is tied for third in team scoring with 18 points, continuing to show why he’s one of the most dangerous scoring threats night in and night out. He’s been a consistent punching bag by the fanbase, but those doubters have been kinda quiet this season, huh?
The Leafs have consistently been able to rely on Nylander’s exploits over the past month, regardless of who he plays with. First, it was John Tavares, his usual center and good buddy. Recently, coach Kyle Dubas has reunited Nylander and Auston Matthews while lining Mitch Marner up with Tavares instead. Both lines have seen success in these formations, even if it goes beyond the grain of what has worked in recent years.
“He’s been playing great, moving his feet all over the ice. We’re just trying to find each other all over and get open for each other and move the puck quick and try to attack,” Matthews said Thursday night. “I’ve gotten to play with him plenty of times so I’m pretty comfortable with him.”
Nylander’s been effective at 5-on-5, recording eight of his points for second on the team – three behind Marner. He isn’t scoring a ton at 5-on-5, but he’s generating opportunities. He’s taken 33 shots at even strength, so he’s been a bit snakebitten with just two goals, but his line rarely seems to get outplayed on an average night.
“I think we’ve had a lot of chances, I think we could have maybe had a few more today based on how we were playing,” Nylander said Thursday. “We just gotta keep building on that.”
With some of the star power the Maples Leafs have, it takes a lot to stand out. But Nylander’s teammates truly appreciate what he brings to the table, and he’s been one of Toronto’s better performers during the team’s recent stretch since getting out of the western slump.
“I love Willie’s game,” defenseman Morgan Rielly said. “He’s a shooter, a great skater and a playmaker. He’s playing well. And he’s up there as one of the better players in the league.”
It’ll be interesting to see how Keefe handles the forward lines in the coming games. Will they revert back to the Nylander-Tavares combo, or will they keep No. 88 with No. 34? Will Keefe consider throwing Marner on the other wing for a game or two?
I’d lean towards seeing a few more games of Nylander and Matthews, the two goal-scorers on Thursday. But regardless, Nylander’s playing well, and that can only mean good things for the Leafs right now.
Editorials
Recent articles from Steven Ellis