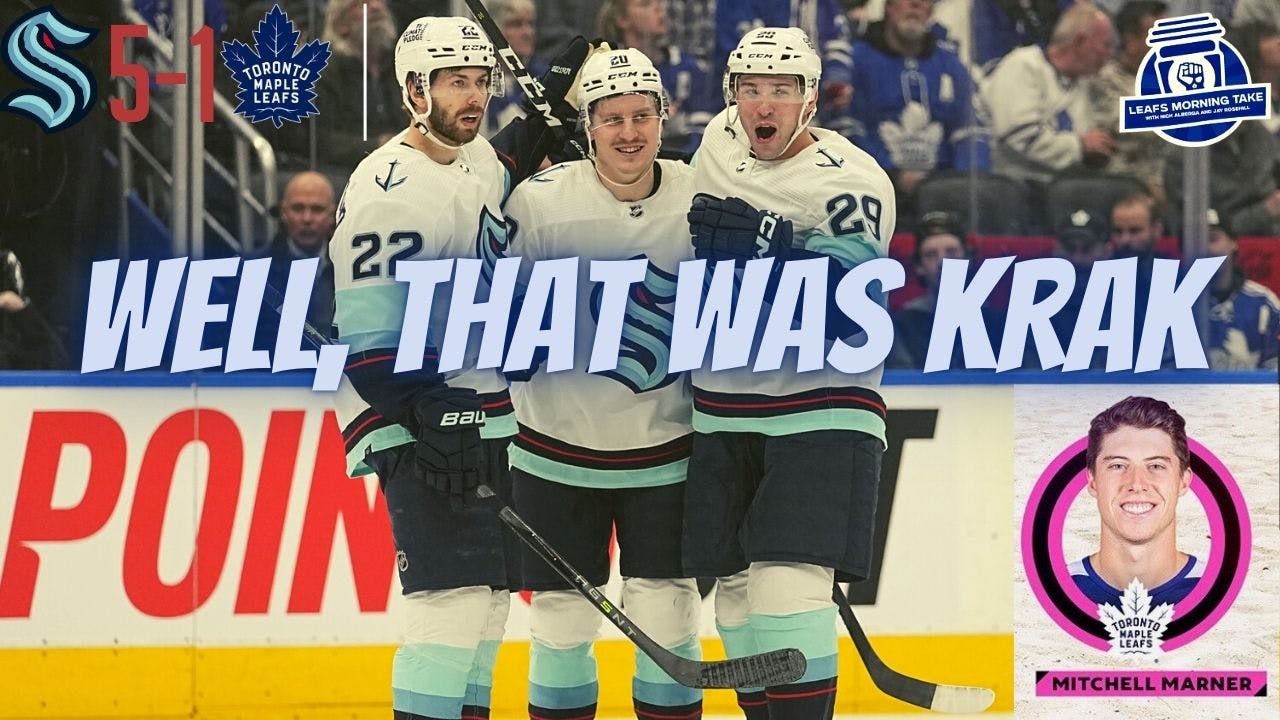 By Nick Alberga
25 days ago
Comments
Welp, at least Canada won Gold.
Simply put, it was an ugly night at Scotiabank Arena for the Maple Leafs. After a solid first period, they fell apart in the second on route to a lopsided 5-1 loss against the Seattle Kraken. If you can believe it, that was Toronto’s first regulation loss on home ice since November 11th.
The Friday edition of Leafs Morning Take offered a mix bag.
We started with a breakdown of the Gold Medal game before pivoting over to a recap of Leafs/Kraken. Make no mistake about it, Matt Murray was not good enough. Again. The 28-year-old surrendered five goals on 26 shots, and believe it or not, was subject to numerous Bronx cheers. I know he’s been struggling (so has Ilya Samsonov), but come on? And then we wonder why no one wants to play here. Be better, Toronto.
Advertisement
Ad
Advertisement
Ad
Meantime, Mitch Marner was named an All-Star for the second time in his career on Thursday night. Well deserved. Thanks to our new friends at Montana’s, we broke it down a bit; I think Toronto should have at least THREE All-Star this season. We’ll see what happens with respect to the fan voting.

After that, we looked ahead to this weekend’s back-to-back. The Leafs will host Detroit on Saturday night before visiting Philadelphia on Sunday night. Two winnable games, there’s no doubt about it.
Lastly, we wrapped with the PointsBet Canada bet of the day:

.@Jay_D_Rosehill called in some back up for tonight's betting play👀

We’ll be back with you on Monday at 11 AM ET to recap a busy weekend for the Maple Leafs.
Don’t forget to subscribe, like, and leave us a review wherever you’re checking us out.
Advertisement
Ad
Advertisement
Ad