Advertisement
Ad
Are You A Hockey Man? 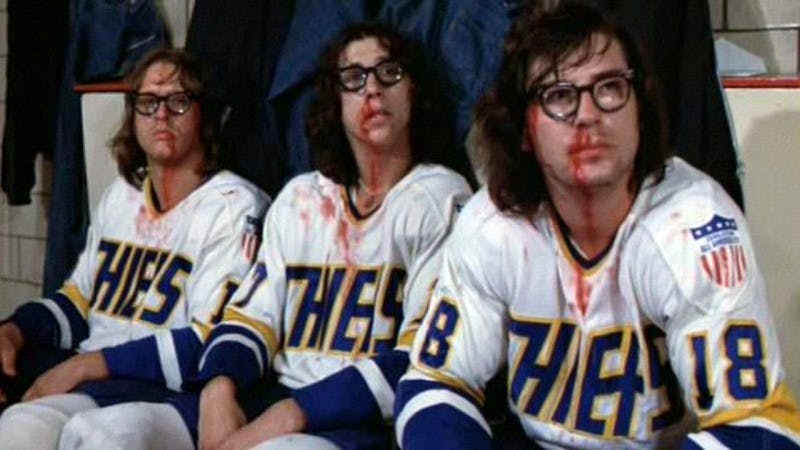 By Jon Steitzer
4 years ago
Comments
Just over a year ago, on April 27th, Mark Spector was reflecting on the Hall/Larsson trade and blessed us with this important line:

Conduct a poll of 200 hockey men, and it might be unanimous: Edmonton got what it needed in that deal, and giving up Hall was well worth it.

Now here we are almost a year to the date and we have Steve Simmons picking up where Spec left off in his reflection on Lou Lamoriello leaving and Kyle Dubas liking taking over...

And the earth will shift ever slightly, with Lamoriello moving out and Dubas likely moving in. He has been the chosen one since the Leafs hired him before Lamoriello ever came from New Jersey. Dubas came in with graphs and charts and computers and has developed nicely, I’m told, into a hockey man.

Advertisement
Ad
Advertisement
Ad
This got me thinking. How do we define a hockey man? What is a hockey man? Can anyone become a hockey man? The man part seems to be the easiest to address. In the grandest tradition of professional sports, we can safely exclude half the population from the conversation over a lack of penis. Sorry, this is apparently a black and white issue when it comes to hockey men. Hmm… black and white issue, I wonder if that is another line to be drawn on identifying who can be a hockey man? Well, we’ll have to do a deeper dive into those things later. For now we’ll try and quantify the hockey part.
For the hockey part we’ll need you to answer the next 50 yes or no questions. You’ll have to keep track because the quiz tool I was using kept on crashing, but based on the number of yes answers you’ll have your score as a hockey man.
Advertisement
Ad
Advertisement
Ad
Time to begin…

50: You’re overcompensating. No one can hockey this much except maybe Brian Burke.
40-49: You are a true hockey man. You’re either in the trenches with Ryan Rishaug or helping Dale Tallon ruin the Panthers.
30-39: You seem to be a hockey man, but possibly a hockey man who is trying to ruin hockey like Steve Yzerman.
20-29: There’s no doubt that you’ve been around hockey, but I’m not sure you’ve played the game. You’re probably are in the PHWA.
10-19: Put away the spreadsheet nerd.
0-9: You’ve found hockey through EA Sports and you’re the absolute worst.
So if you scored less than 30 on this, I think it’s time to give up being a hockey man. Or maybe you can go be a hockey man in Carolina. They seem like they just need warm bodies at this point.
Advertisement
Ad
Advertisement
Ad